Magill died Aug. 27 when she was stabbed in the neck while walking a dog. 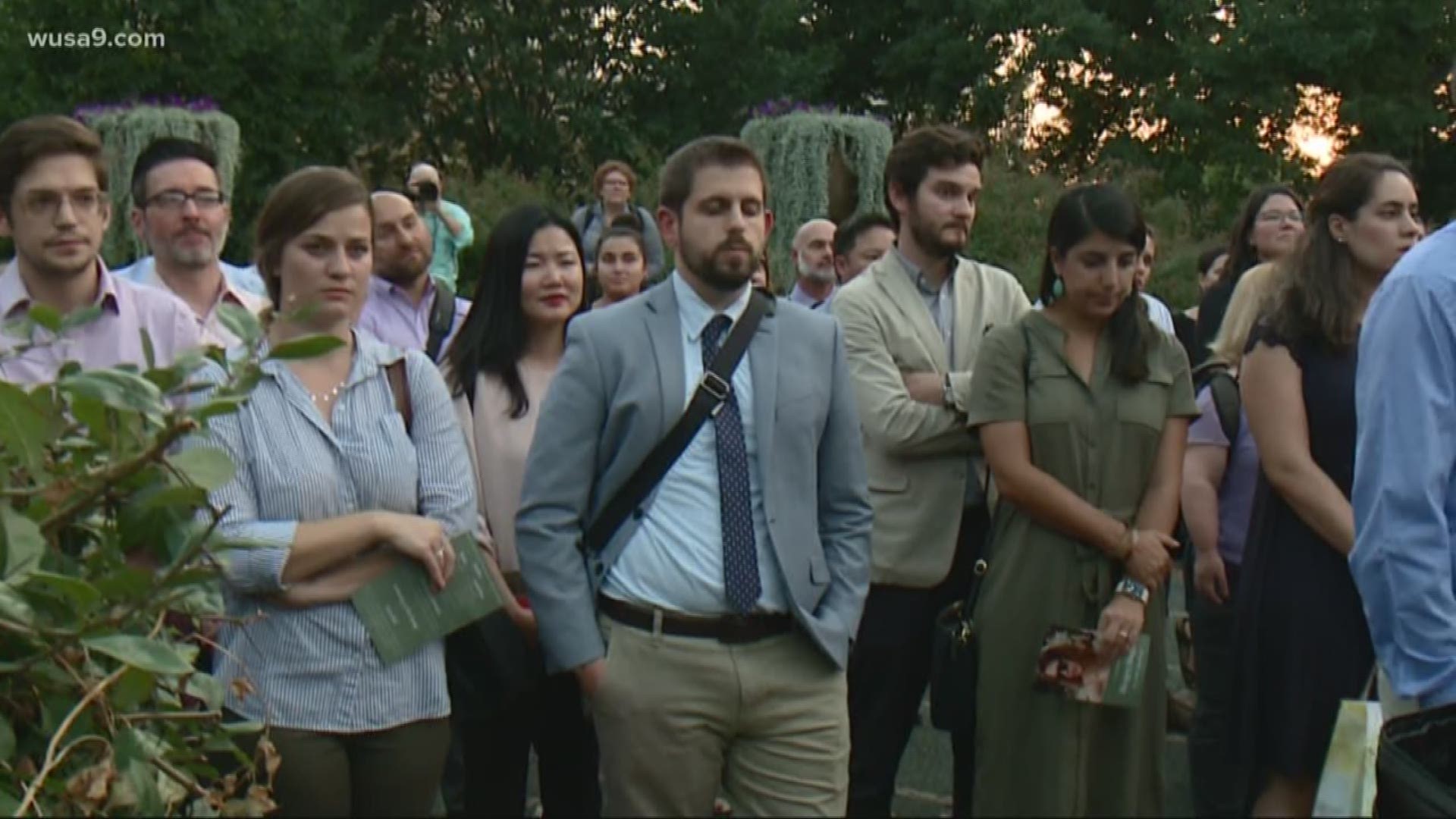 WASHINGTON — Friends and family of Margery Magill gathered in Meridian Hill Park Tuesday evening to remember a young woman who was tragically taken way too soon.

Margery Magill grew up in Kansas and California. She moved to Washington D.C. after completing her master’s degree in international relations in London, England.

Magill's boyfriend, Drew Casey, and her sister Raeann Magill were both in attendance at the vigil.

"Margery was a person who prioritized relationships with other people," Casey said.

Raeann also shared words about the sister she lost.

"We can celebrate her love, her enthusiasm and her life, which was quite beautiful," she said.

The family is asking for donations, in lieu of gifts, for the National FFA Organization. The fundraiser has raised $5,465 so far.

The 27-year-old was killed on Aug. 27 when a when a stranger stabbed her in the neck while she was walking a dog on the 400 block of Irving Street in Northwest DC.

"I can't begin to explain how hard it is to accept that you're no longer here with us and now gone just like that," said Magill's roommate Emma Schmidtlein.

A neighbor, Christopher Chambers, heard Magill cry for help and rushed to her aid. Chambers said she made it across the street, then collapsed. At that point, he said it was already too late.

A memorial now marks the spot where Chambers tried to revive Magill with CPR.

"All that time we were wondering whoever did this was probably still lurking around," he said. "And, that just compounded the emotions and the fear."

Police arrested 24-year-old Eliyas Aregahegne later that night, at an apartment building one block away. Police said there was no sexual assault or robbery and there was no evidence the victim and suspect knew each other.

Police aren't saying whether Aregahengne suffered from a mental illness. He was reported missing in 2017 and it’s believed he was homeless for some time.

For now, Margery's memory will also live on Capitol Hill. U.S. Representative John Garamendi, of California, made sure her life's story was entered into the Congressional Record.

"It affects our community," he said. "It affects Washington and it certainly has a great effect on the central valley of California."

Credit: WUSA9
Rep. Garamendi made sure that Magill's life story lives on by entering it into the Congressional Record. Magill was killed last August when she was stabbed in the neck by a stranger.

RELATED: 'The helplessness is the worst thing' | Neighbor rushed to help, but couldn't save 27-year-old stabbing victim