'The helplessness is the worst thing' | Neighbor rushed to help, but couldn't save 27-year-old stabbing victim

Christopher Chambers heard her screams just before 9 p.m. Tuesday night. He says she died in a matter of minutes. 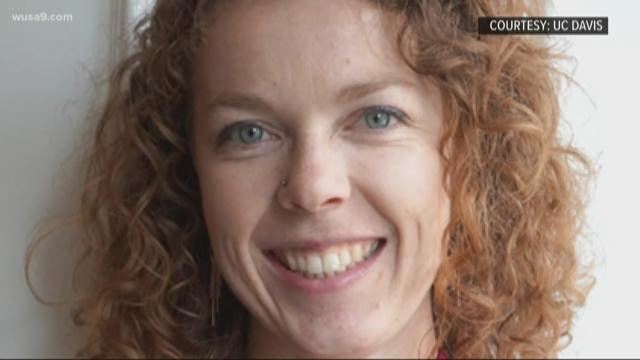 WASHINGTON D.C., DC — Christopher Chambers said it was a regular Tuesday night at home when he and his wife heard a terrible scream.

Margery Magill, 27, was walking a dog just before 9 p.m., when she was stabbed in the neck. Chambers said she made it across the street, then collapsed.

He said he rushed to her aid, but it was already too late.

"It was this timeline that got pulled apart," Chambers said. "And was just surreal and kind of horrific."

Now, a memorial marks the spot in the 400 block of Irving St., where Chambers tried to do CPR, but couldn’t revive Magill.

"All that time we were wondering whoever did this was probably still lurking around ... and that just compounded the emotions and the fear," Chambers said.

Margery Magill grew up in Northern California. She moved to D.C. after completing her master’s degree in international relations in London, England.

Police arrested 24-year-old Eliyas Aregahegne later that night, at an apartment building one block away. Police said there was no sexual assault or robbery, and there was no evidence the victim and suspect knew each other.

D.C. police are assuring the public that while an apparent random act of violence like this is scary, it's rare.

Still, Magill’s murder comes just one week after 62-year-old Robert Bolich died after being stabbed by a stranger on the Frederick Douglass Memorial Bridge Pedestrian Walkway.

It's also nearly a year to the day, September 18, when Wendy Martinez was stabbed to death while jogging though Logan Circle.

RELATED: Police: Man who killed bridge inspector says the 'devil told him to stab' him

Police aren't saying whether Aregahengne suffered from a mental illness. He was reported missing in 2017, and it’s believed he was homeless for some time.

Chambers wants this tragedy to spur others to take action if a loved one appears sick.

"So they don’t put a chain of events in motion that destroy them, destroy other people, destroy you," Chambers said.

Chambers also hopes that for Magill's loved ones, there’s some comfort knowing she didn’t die alone.

"We just hope they know that we tried to take her out in her next journey knowing that people loved her and were caring about her," Chambers said.