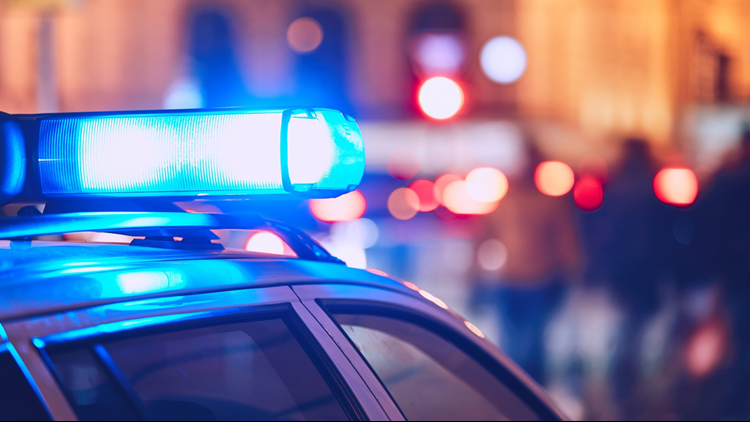 Man fatally shot, killed by bullet that pierced through his Southeast DC home

WASHINGTON — D.C Police are investigating a fatal shooting that took the life of a 60-year-old man from Southeast.

At approximately 11:05 a.m. on Feb. 12, 2020, police responded to the 800 block of 51st Street, SE for the report of a shooting. Upon arrival, police said they located an adult male inside the home suffering from a gunshot wound.

D.C. Fire & EMS officials transported to the victim, 60-year-old Barron Goodwin, of Southeast, to a local hospital where he was later pronounced dead.

D.C. Police currently offers a reward of up to $25,000 to anyone that provides information which leads to the arrest and conviction of the person or persons responsible for any homicide committed in the District of Columbia.

On Thursday evening, a fatal shooting in Chinatown led to a shootout with D.C. police that injured one man. Both shootings happened near the National Portrait Gallery Thursday afternoon.

Police said a suspect shot a man multiple times around 5 p.m. in the 700 block of 8th Street Northwest. The man shot was taken to a hospital, where he was pronounced dead. The victim has been identified as 29-year-old Terence Dantzler.

Shortly after the shooting, D.C. police officers who heard the shots chased the suspected shooter, police said. In the 700 block of 10th Street NW, there was an exchange of gunfire between the suspect and at least two officers, police said.

The suspect was shot in the hand and sustained a non-life-threatening injury, police said. The suspect ran to the 1000 block of H Street NW and was confronted by another officer, police said. That officer arrested the suspect and a handgun was recovered from the scene.

The suspect, identified as Jaykell Mason, 20, of Southeast, was arrested and charged with first-degree murder while armed, assault on a police officer while armed, and carrying a pistol without a license.

"This is a very, very safe part of town," Newsham said. "This was what appears to be a very brazen act by a violent offender, and thankfully our police officers were close enough to ensure that this person was quickly taken into custody."

Newsham said none of the officers were injured in the shooting.