Fatal shooting in Chinatown leads to shootout with DC police

A man sustained non-life-threatening injuries. None of the police officers involved in the incident were injured. 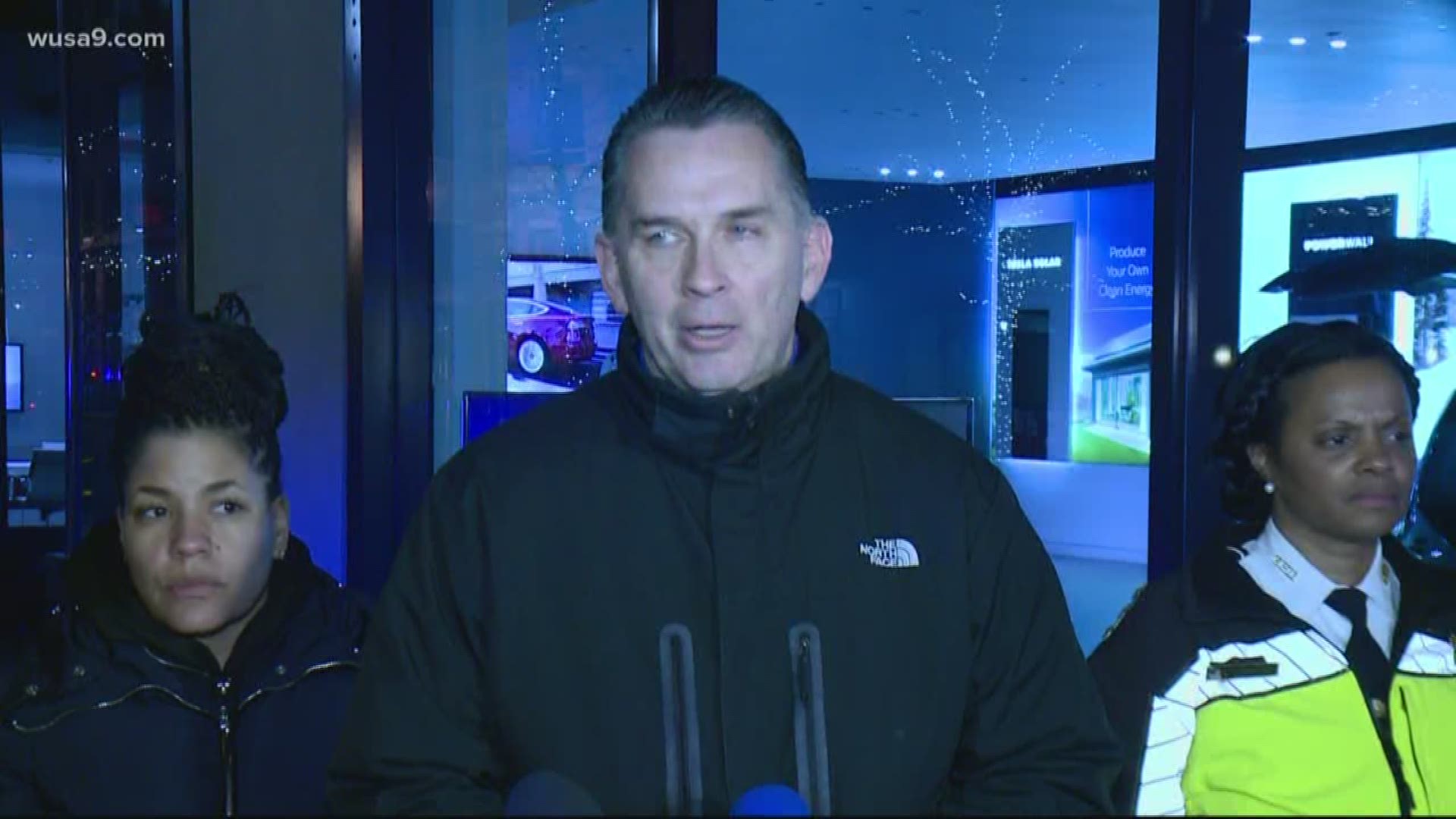 WASHINGTON — A fatal shooting in Chinatown led to a shootout with D.C. police that injured one man. Both shootings happened near the National Portrait Gallery Thursday afternoon.

Police said 20-year-old Jaykell Mason shot 29-year-old Terence Dantzler multiple times around 5 p.m. in the 700 block of 8th Street Northwest. Dantzler was taken to a hospital, where he was pronounced dead.

Shortly after the shooting, D.C. police officers who heard the shots chased the suspected shooter, police said. In the 700 block of 10th Street NW, there was an exchange of gunfire between the suspect and at least two officers, police said.

Mason was shot in the hand and sustained a non-life-threatening injury, police said. Mason ran to the 1000 block of H Street NW and was confronted by another officer, police said. That officer arrested Mason and a handgun was recovered from the scene. 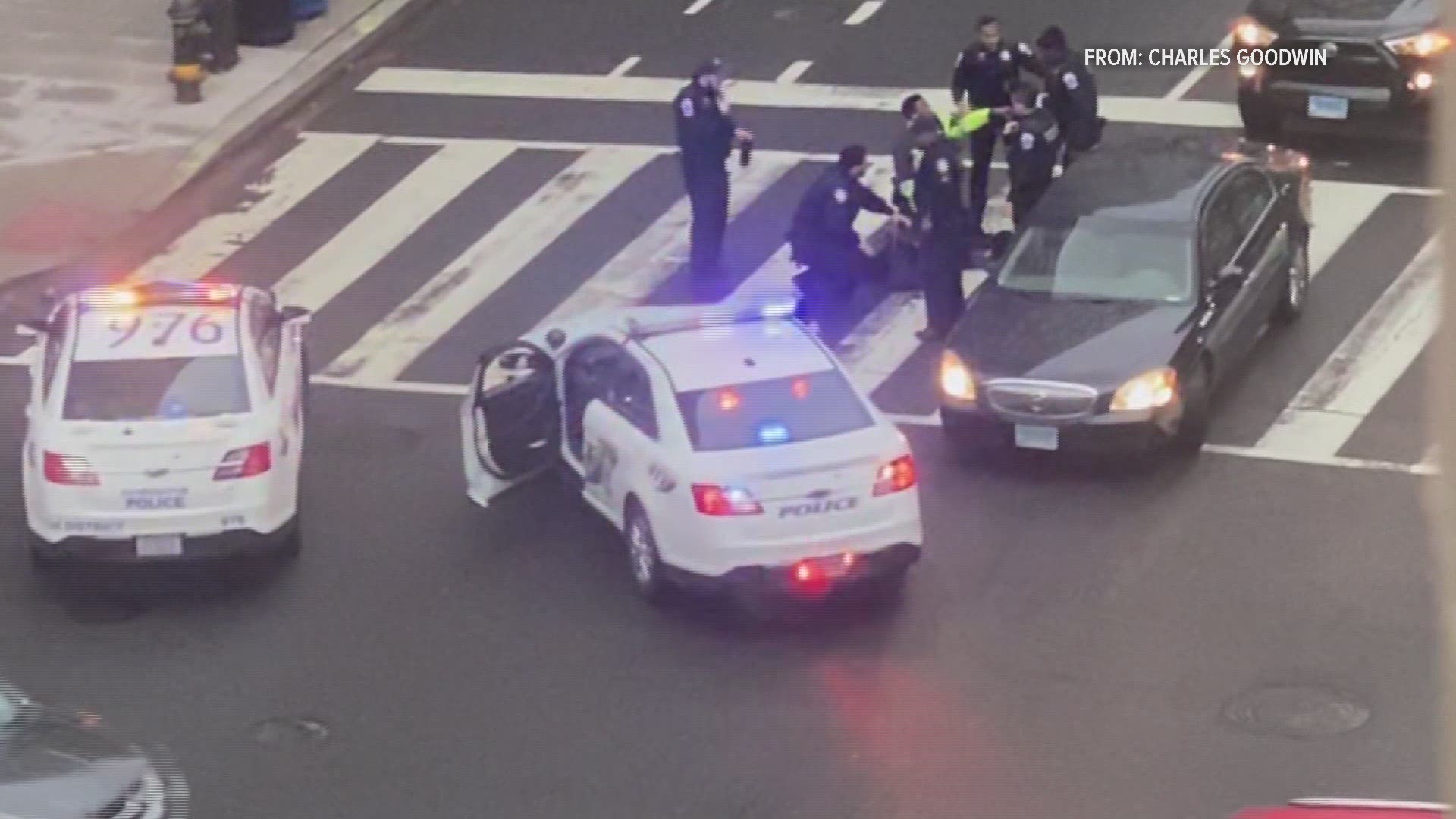 "This is a very, very safe part of town," Newsham said. "This was what appears to be a very brazen act by a violent offender, and thankfully our police officers were close enough to ensure that this person was quickly taken into custody."

According to police data over the last few years, the quarter-mile radius surrounding the area the shootout happened made up less than 1% of all of D.C.’s crimes over the last two years.

Newsham said none of the officers were injured in the shooting. The officers involved have been placed on administrative leave, per department policy. Body camera footage is being reviewed.

At about the same time, D.C. police were also working another officer-involved shooting in Petworth near 7th and Taylor streets NW. Newsham said he had very few details at this time, but said one person had been shot by police officers in an incident that involved several officers. One handgun was recovered at the scene. 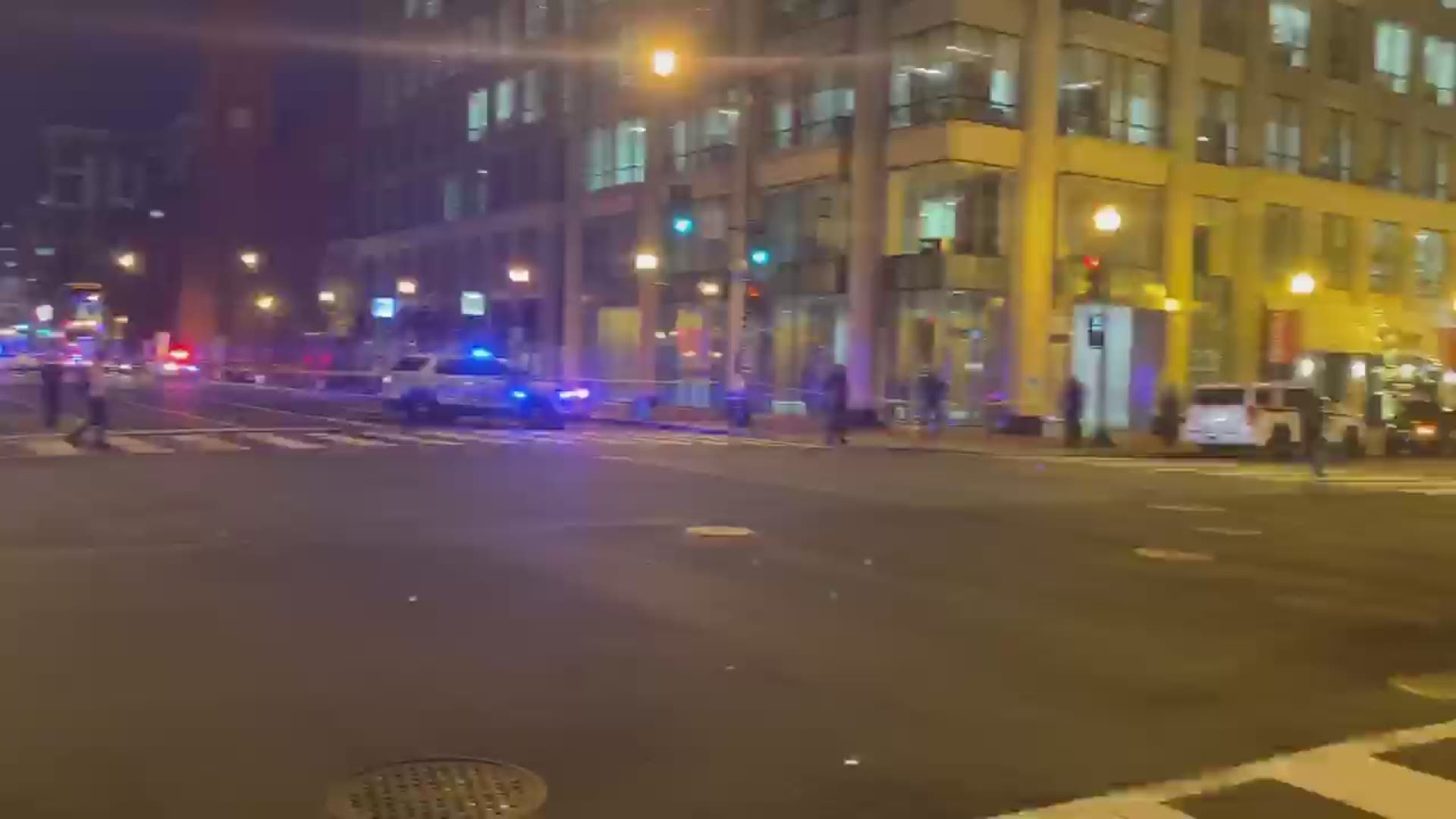