'It's just no, no, no' | Chavez Prep teachers fighting for transition assistance as school shuts doors for good

Cesar Chavez Prep teachers and staff are facing at least six weeks without pay or health insurance when their school closes. 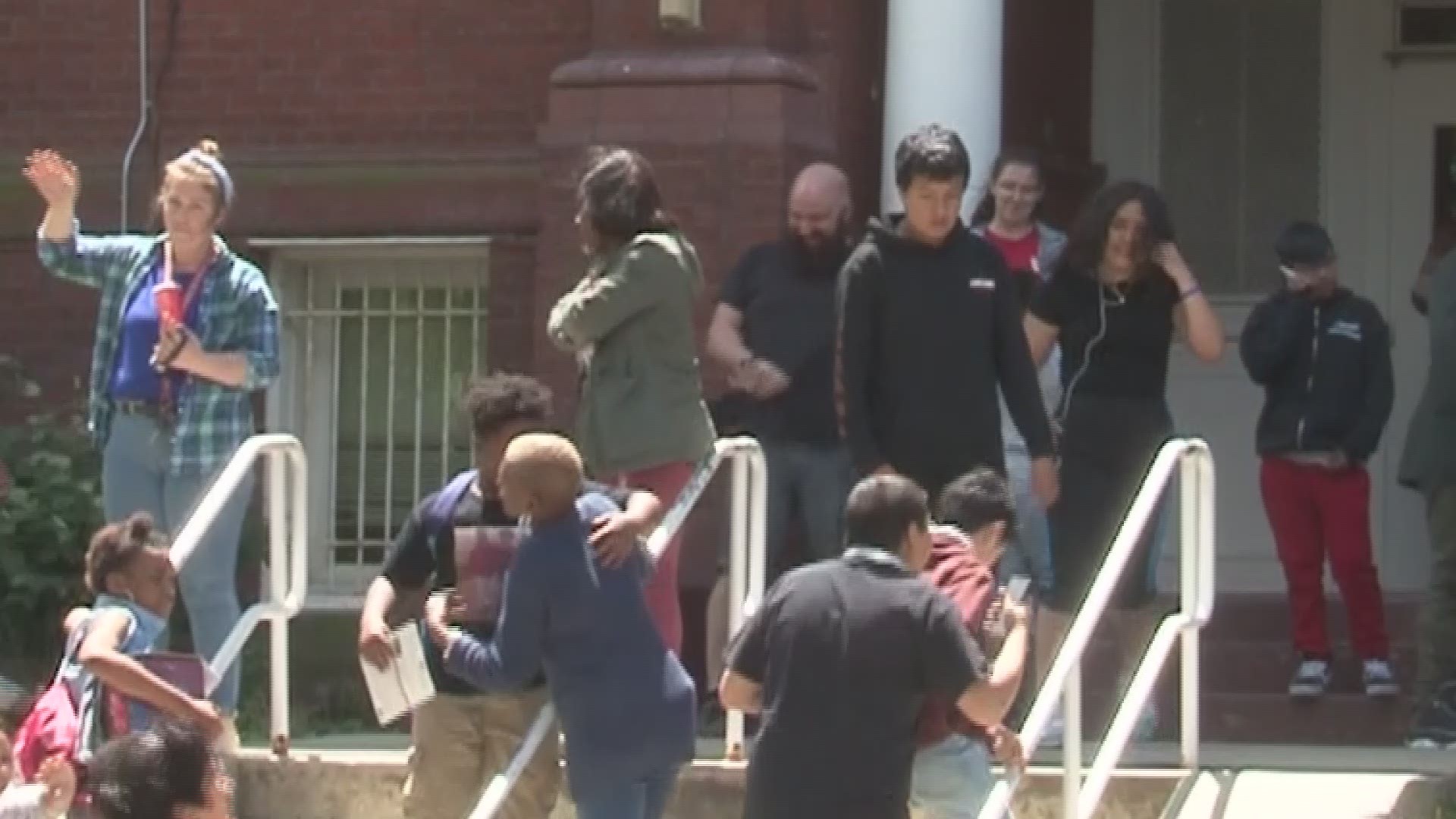 WASHINGTON -- As Cesar Chavez Prep Middle School Students flooded out the doors Friday – anticipating what summer break might bring – the school’s teachers packed up their classrooms for the last time. They had already learned in January that 2018-2019 would be the final year of classes at the Columbia Heights school.

For Chavez Prep science teacher Christian Herr, who has taught at Chavez since 2013, the end of this year has been more bitter than sweet.

“I keep making myself cry finding old art projects and things students did that I’d forgotten about,” Herr said.

Herr is one of 25 Chavez prep teachers and staff members who voted to become D.C.’s only unionized charter school in 2017. Herr believes the abrupt decision to close Chavez Prep – which he, students and their families all only found out about when a Washington Post reporter called for a statement – comes partially in retaliation to that decision. Chavez Schools has denied that, said the decision to close Chavez Prep and another campus, Capitol Hill High School, was driven by financial constraints and dwindling enrollments. The union and the American Federation of Teachers filed a complaint with the National Labor Relations Board in March over the handling of the closure. Three other complaints from AFT against Chavez Schools remain pending with the NLRB.

Now that students have been sorted out for next year, Herr says he’s shifted his focus to trying to negotiate a better ending for himself and his fellow teachers. The union has been in negotiations for months with Chavez Schools and TenSquare, a chart school consulting company contracted by Chavez Schools, in hopes of getting a transition assistance package for the teachers and staff members who will be left without a job or health insurance when the school closes next month.

While Herr acknowledges that teachers from other closed charter schools haven’t received a similar package, he thinks Chavez Prep’s situation warrants it.

“We thought it was fair,” Herr said. “We could have quit [in January]. We could have left our kids with a substitute for the rest of the year, and then we wouldn’t have had this pay gap or this healthcare gap, but that wouldn’t have been doing right by our students and right by the families that we serve.”

While most of Chavez Prep’s affected teachers already have jobs lined up with D.C. Public Schools next year – including Herr himself – they won’t start getting pay and benefits from DCPS until the end of September. D.C. law prohibits teachers who already have a job offer for the next school year to apply for unemployment between school years, even if they were employed at a school that closed.

To cover that roughly six-week gap, Herr says the union has requested a transition assistance package worth approximately $50,000. That would cover about a quarter of the teachers’ lost wages, as well as health insurance through the start of the DCPS school year. The union has also suggested paying out teachers’ unused PTO as a way to make up for their lost wages.

So far, Herr says the response has been a consistent “no, no, no.”

“We’ve been told we can buy COBRA, and if there’s no movement here that’s what we’re going to have to do,” Herr said. “For me – I’m single and I don’t have any children – and for me it was something like $600 for a month. For people with spouses and children it’s dramatically more.”

That’s a burden the charter school’s teachers – some of whom make much less than they would at a comparable job at DCPS – can’t all afford to bear.

A spokesman for Chavez Schools told WUSA9 the board has been in regular negotiations with Chavez Prep teachers since their decision to unionize, and noted that teachers have had six months to prepare for the school to close.

"At Chavez Prep, both the union and management have worked diligently, first toward reaching a comprehensive collective bargaining agreement and more recently on issues arising from the decision to close Prep," Chavez founder and board member Irasema Salcido said in a written statement. "The fact that some issues remain unresolved does not mean that either party has been acting in bad faith."

On Wednesday, the union met with TenSquare and legal counsel for Chavez Schools’ board to offer their latest, and slimmest, offer. Herr said it had three points:

Herr said he believes the first two are more than reasonable – and says the school has told the union it can afford them. The third point, he concedes, was more to make a statement.

Cesar Chavez, the school’s namesake, co-founded what became the United Farm Workers union. During his life he was the most prominent Latino American civil rights activist and one of the most well-known labor leaders in the country.

“We feel like claiming the name Cesar Chavez comes with a certain responsibility and the school has not lived up to that,” Herr said.

After receiving the union’s proposal, Herr says the reps from TenSquare and the school board reviewed it for around 10 minutes and then returned to say their position hadn’t changed.

The whole experience has left Herr – who’s spent six years of his life advocating for the value of charter schools like his – disillusioned.

“I think at first I was really angry. Really angry,” Herr said. “But it’s transitioned into a profound sadness, because I see it as really a statement of how the school board views not just staff, but also students and families in general, just through this whole process – where families weren’t informed about the decision to close, family input wasn’t sought, students weren’t informed and their input wasn’t sought. And now with staff asking for just this little bit of support, them just being totally not interested in talking about it, it really says to me that this is not an organization that really values the people who are actually doing the work and the people that they are charged to serve, meaning the students and the families.”

In response to requests for comment from WUSA9, Chavez Schools released a written statement from founder and board member Irasema Salcido. Read her full statement below:

"The Chavez board of trustees is grateful to all of the Chavez Schools staff for their ongoing professionalism and commitment to our community.

The difficult decision to close two of our schools and consolidate into a single campus was made and communicated in January in order to give both students and staff as much time as possible to plan for next school year. As a result, employees have had six months to plan for this transition and find new employment. Teachers will also continue to receive pay and benefits for six weeks following the last day of classes.

Since the Chavez Prep teachers elected to unionize, management and union representatives have met regularly, in good faith to negotiate a contract. First-time labor contracts in newly unionized schools often take more than a year to negotiate. The contract under which DC Public Schools teachers currently work took five years. At Chavez Prep, both the union and management have worked diligently, first toward reaching a comprehensive collective bargaining agreement and more recently on issues arising from the decision to close Prep. The fact that some issues remain unresolved does not mean that either party has been acting in bad faith.

Having the name of Cesar Chavez on our doors for more than 20 years is a statement of belief in our scholars and their power to make positive change in their communities and the world. In their public policy symposium last week, Chavez seniors shared their ideas on how to address problems ranging from domestic violence to food deserts. It is in that spirit and with an ongoing commitment to the leadership of the next generation that Chavez Schools will continue to serve students and families in the District of Columbia for many years to come."