'Where are these kids going to go?' 43 DC charter schools have been closed since 2009. This one is next

43 charter schools have been shut down by the DC Public Charter School Board in last decade alone. 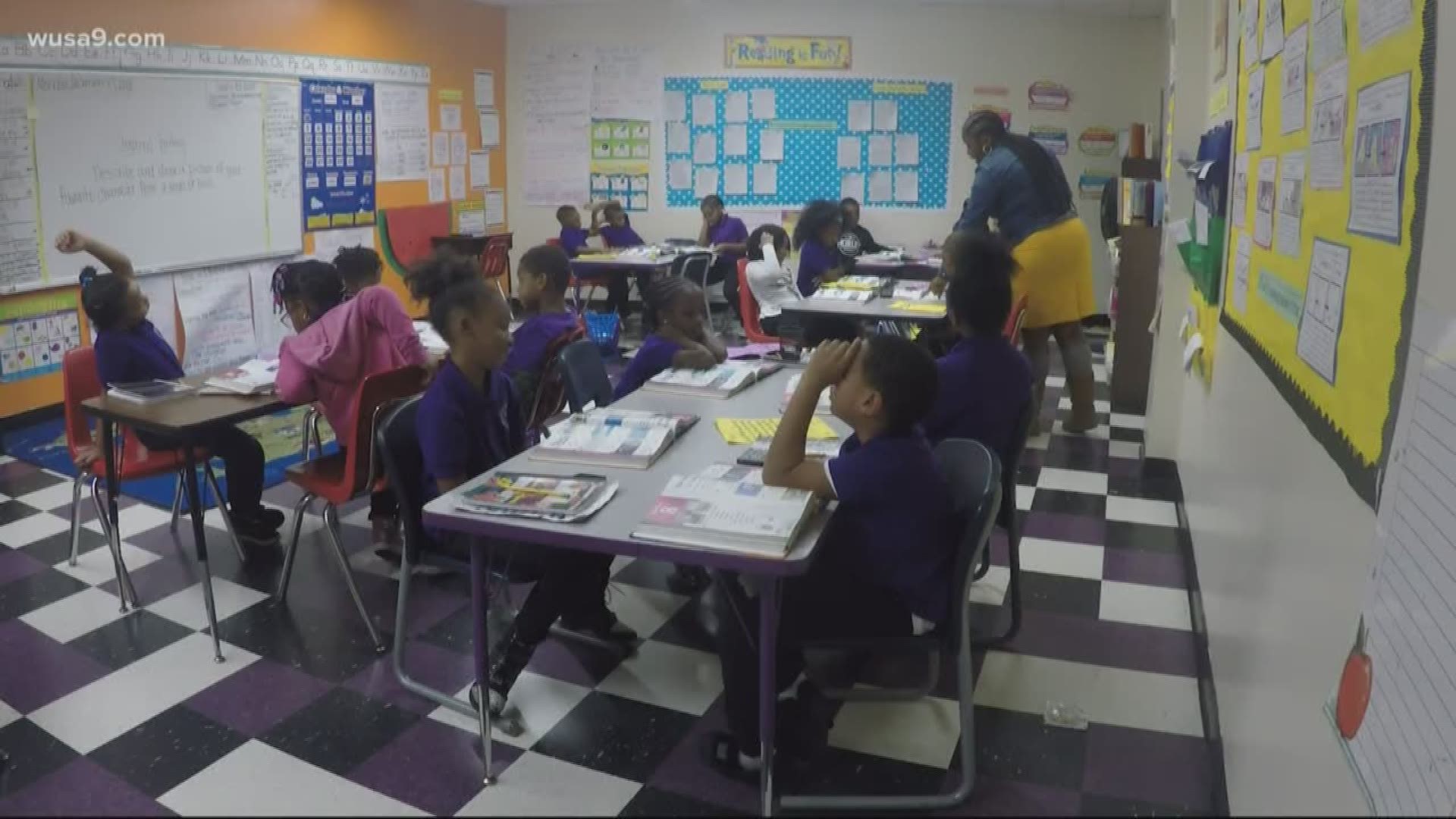 WASHINGTON -- By the end of the 2020-21 school year, D.C.’s National Collegiate Prep will be no more – becoming at least the 44th public charter school closed in the District since 2009. Its 276 students will join the thousands who’ve been uprooted by a shuttered charter school during that same period.

D.C. was an early adopter of charter schools, and its system has grown into one of the largest in the country. Its now roughly the same size as the traditional D.C. public school system. During the 2018-19 school year, nearly 44,000 students were enrolled at a D.C. charter. The District’s charter schools collectively receive an annual budget of $900 million in taxpayer dollars.

But poor performance, financial mismanagement and growing demands from the D.C. Charter School Board have left many schools struggling to stay open – and some families struggling to find quality replacements.

Credit: Eric Flack
Students at D.C.'s National Collegiate Prep hold up signs asking the D.C. Public Charter School Board not to shut down their school.

Known as NCP to students, it National Collegiate Prep is located in one of the city’s poorest neighborhoods: Ward 8’s Congress Heights. Its enrollment is more than 99% black, with 70% considered at-risk and 60% categorized as economically disadvantaged. Just under 20% of its student body is enrolled in special education classes.

Nigel Jackson, NCP’s social worker, says nearly all the school's students come from low-income, single-parent homes. According to Jackson, charter schools like National Collegiate Prep help those students catch up by as much as two or three grades in one school year.

But in the eyes of D.C.’s Charter School Board, NCP students are not catching up fast enough.

Because charter schools operate independently from public school districts, they are overseen by a charter school board which has the authority to shut a school down if its test scores go below a 50% performance rating.

In 2016, the school dropped to a 32% rating. By 2018, the school declined down to 26%. So last January, in front of a packed room of students, parents and teachers, D.C.’s Public Charter School Board voted to close National Collegiate Prep by the end of the 2020-21 academic year.

But students and families at National Collegiate Prep are not alone.

Using publicly available data, the WUSA9 investigative team found more than 1-in-4 D.C. Charter Schools have been shut down for failing to meet academic standards or financial problems. Forty-three charter schools have been forced to close their doors in the last decade alone – forcing more than 11,000 students to find a new school.

Credit: Jordan Fischer
D.C. school data shows more than 11,000 students have been affected since 2009 by their charter school closing.

Scott Pearson, the executive director for the D.C. Public Charter School Board, argued that those numbers do not tell the full story, since some charter schools that closed were taken over by other charter schools. However, Pearson did not provide additional numbers.

Pearson says not closing low performing charter schools hurts the overall quality of the charter school system, even if that means disrupting the lives of some students.

"The disruption to the families is painful, and it's something we try very hard to mitigate and to minimize," Pearson said. "But we also think it’s essential that we not allow persistently low-performing schools to keep serving students, use taxpayer dollars, year after year."

Credit: Eric Flack
National Collegiate Prep students listen as officials announce their school will be closed by the 2020-2021 school year.

Pearson also said there are dozens of examples of high performing charter schools in the District that do provide great options for displaced students.

But families from National Collegiate Prep say shutting their school down does nothing to help students there get a better education.

Credit: Jordan Fischer
A WUSA9 analysis of DC school data showed 28% of all charter schools opened in the district have subsequently been closed.

One such parent is Kamilah Wheeler, whose daughter KniAnn is a 17-year-old senior at NCP. Wheeler said the consistent closures and openings of new schools just doesn’t make sense.

"There’s a break in the educational system when you leave one school and go to another one," Wheeler said. "So, it's a big disservice to our kids."

Even if students manage to find a new school, Nigel Jackson said relocating takes an emotional toll on students.

"They will be part of a cycle of displacement, of being let down, of being maneuvered by a political system that doesn’t care about them," Jackson said.

"Where are these kids going to go?" KniAnn asked of her NCP classmates.

School leaders say many will revert to remaining options in their neighborhood.

In the case of students at NCP, that option is Ballou High School, which one year ago was embroiled in a graduation scandal for awarding diplomas for chronically truant students. It's a school whose test scores are four times lower than National Collegiate Prep.

To search the scores of charter schools in the District, click here.

Eric Flack and Jordan Fischer are investigative reporters with WUSA9's Special Assignment Unit. Follow them on Twitter at @EricFlackTV and @JordanOnRecord.