A GW sophomore said he and his roommates were recently moved from Shenkman Hall after they found mold-like substances in their living unit. 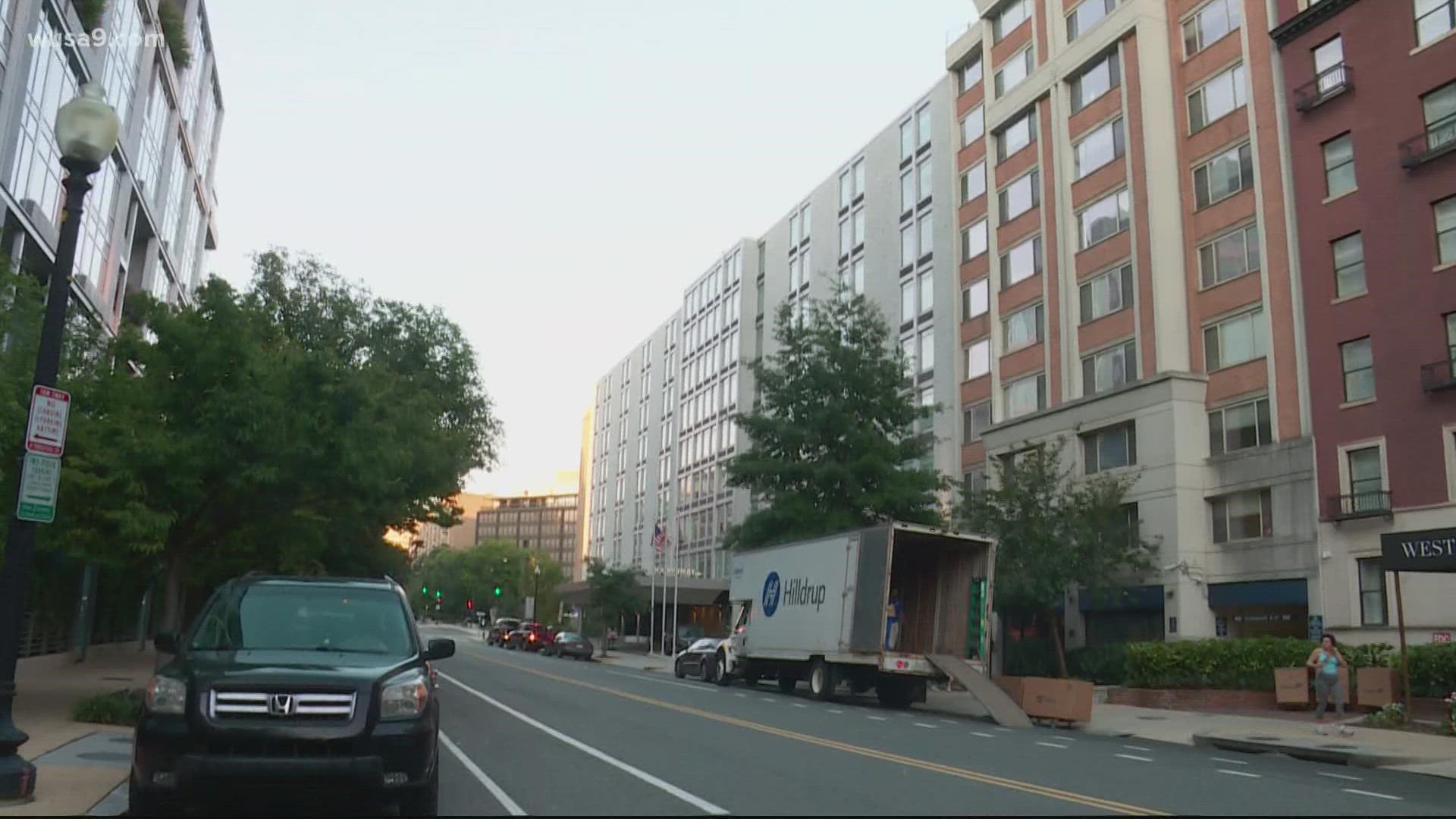 In early September, the university ordered 175 students to temporarily evacuate their housing in Townhouse Row, along 23rd Street NW, due to environmental concerns. According to Maralee Csellar, director of communications at George Washington University, a team that inspected the housing identified conditions “conducive to biological growth”.

The university did not say it had discovered mold.

Around the same time of that investigation, another GW student also claimed he and his roommates had found a mold-like substance in Shenkman Hall, which is residential tower located across the street from Townhouse Row.

Shenkman resident and GW sophomore Luc Saint-Genies said his roommates were coughing for over a week after they found the material in parts of their living unit.

“We had a lot of reports of my friends being moved out or temporarily being moved out and then Fix-It came in to fix the mold and then they just wiped it down and they were moved back to their room and some of these friends still have some medical issues,” he said.

One student recently contacted us about mold-like substances he found in Shenkman Hall (pics below). He told me has since been moved to the River Inn hotel, temporarily, by GW, as it addresses the issue. (@wusa9) pic.twitter.com/QW3OBbaYwc

Saint-Genies said he and his roommates were recently moved by the university to emergency housing at the River Inn hotel in Foggy Bottom after GW’s facilities division conducted an inspection of their residence.

GW moved Townhouse Row students to two hotels, including the River Inn, after its inspection of that site as well.

However, last Saint-Genies said last week he was disappointed in how the university had handled the situation so far.

“They evacuated one residence hall for a seemingly similar issue but they haven’t notified us of our hall whatsoever even though students have notified the institution about it.

In a statement, GW spokesperson Crystal Nosal said, to date, GW’s Safety and Facilities team has not identified additional spaces on campus to Townhouse Row that need extensive remediation.

“In most cases, no need for remediation was identified or only minor cleaning of dust or dirt was required,” the statement reads. “A few have resulted in some limited remediation efforts. Some are in the process of being further reviewed by the industrial hygienists, but no systemic issues have been identified to date.”

The university added that some students are being moved out of their residences into building off campus due to space issues brought on by social distancing guidelines.

Either way, Saint-Genies says he is aggravated by the entire situation.

“I do have significant faith in our administration,” he said. “They have been doing great work with other things around campus but this is just an issue that should be resolved in a more concrete manner. I am not putting blame on any individual. It’s just concerning.”

“The health and safety of the GW community is our top priority. When we discovered environmental concerns in Townhouse Row that led us to quickly move students temporarily from that housing, we engaged outside experts—industrial hygienists and remediation specialists—to conduct a deeper investigation. We communicated with our community about the situation, and residential students were encouraged to submit FixIt tickets if they believed that there was an environmental concern in their living space. GW takes all requests of this nature seriously and responds to the ticket promptly.

To date, GW’s Safety and Facilities team has not identified additional spaces on campus that are in need of extensive remediation. In most cases, no need for remediation was identified or only minor cleaning of dust or dirt was required. A few have resulted in some limited remediation efforts. Some are in the process of being further reviewed by the industrial hygienists, but no systemic issues have been identified to date.”