"We are hoping to be able to survive as a viable, alive community and not as a historical relic. We want this to be a living church." 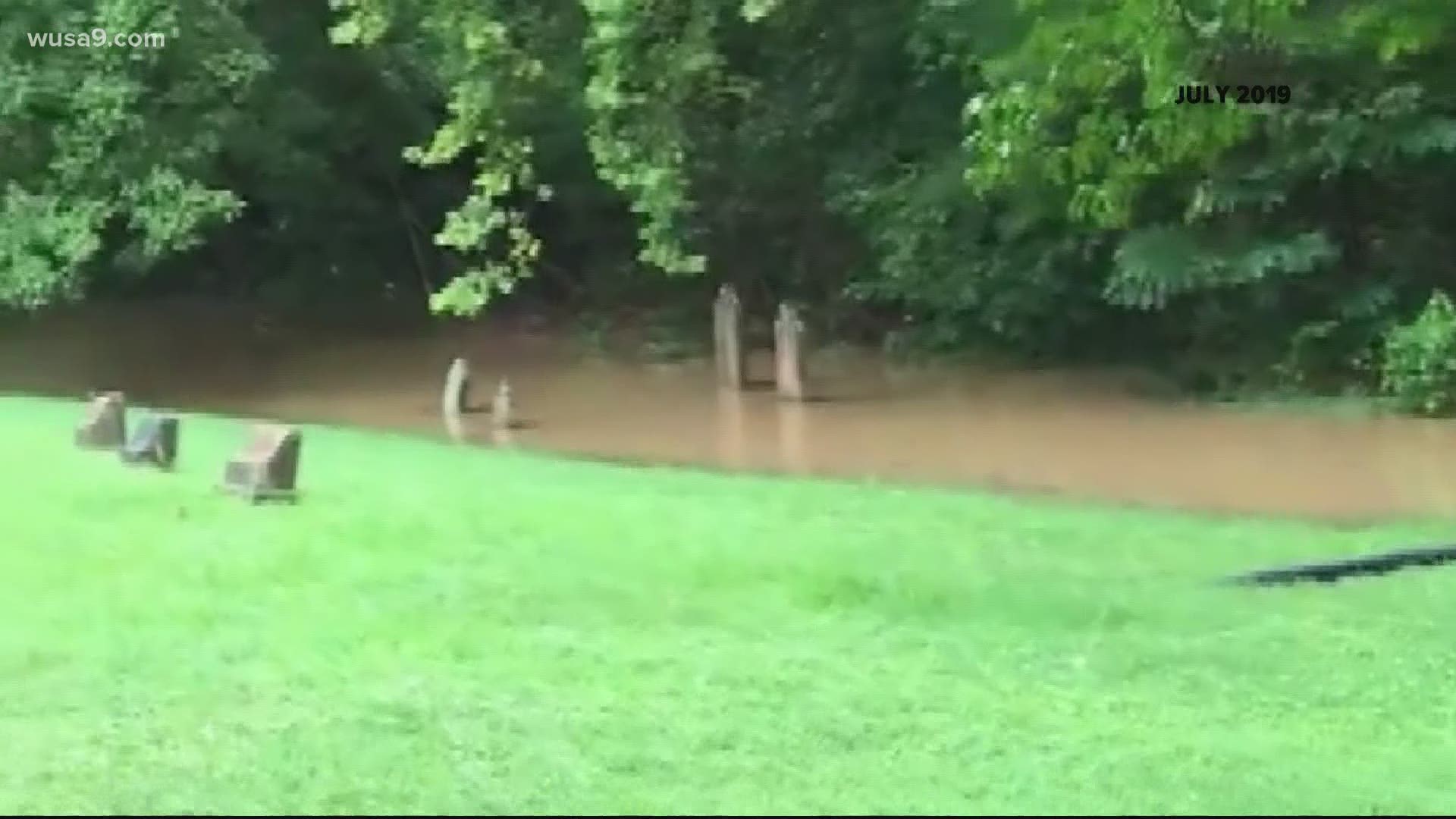 St. John's Episcopal Church has weathered storms both literally and figuratively throughout its more than 300-year-old history. Now members of the congregation say they face significant flooding several times a year.

Pastor Sarah Odderstol said when there is a big storm, water will flood the basement of the historic church. They've also had issues with flooding in their historic graveyard.

"In the time that I’ve been here, we’ve seen major flooding. At one point we had water two feet deep running across this graveyard and swirling around graves," said Pastor Sarah Odderstol.

One big issue is when the water jumps the banks of Broad Creek, which is located directly behind Parish Hall of St. John's Episcopal Church.

"If Broad Creek jumps its banks, which happens very frequently, all bets are off," said Pastor Odderstol.

During a heavy storm, they will have to pump tens of thousands of gallons of water out of the church basement.

"And that basement level, the sump pumps cannot keep up and water starts coming in through the windows it’s a real problem," said Pastor Odderstol. "When you have that much water running through the foundation of your building, you have mold problems, mildew problems, you have that in old buildings anyway, but the water issues are constant here."

RELATED: Neighbors in Fort Washington area share ongoing concerns about flooding that has lasted many years

Beatrice James began attending the church more than 30 years ago.

"The church was beautiful but the congregation was even more beautiful. I came to visit because I am an Episcopalian and I was looking for a church to attend. When I came to visit, the kindness of the people, the love that you could feel in this environment brought me back and I thought this was a place I would want my children to grow up. I’m very pleased, I think they did a good job of growing up here," said James.

During the pandemic, St. John's Episcopal Church has partnered with another church in the area to offer a food bank to people in the area. Now they are looking for other ways to continue ministries --- since they cannot always depend on the church building.

"We cannot depend on having that space available. I’ve had to cancel graduation parties, people used to be able to use the space for events and we cannot depend on it because of the way flooding has increased in our area," said Pastor Odderstol.

While there has been flood remediation done in this area, they said it is not enough with the recent increase in development.

Now they are looking for state and federal help with more voices coming to the table to find a more permanent solution.

"I think it is going to take bringing all the players to the table, all the agencies that have land here and land around us. This was formerly a dredged waterway, that involves the Army Corps of Engineers because it was once a navigable waterway. It involves Maryland National Park and Planning and it involves the National Park Service. Lots of people have an interest in this property and the edges of this property," said Pastor Odderstol.

St. John's Episcopal Church is not the only historic property to experience flooding concerns.

Pastor Sarah Odderstol said one thing we can all do is to ask questions about flood remediation and make sure that additional development will not have a negative impact on historic properties in the area.

"We are hoping to be able to survive as a viable, alive community and not as a historical relic. We want this to be a living church and in order to do that we have to be able to maintain it," said James.