The Chief Judge admits D.C. courts are still catching up from the COVID lockdown and they still need another 10 judges on the bench. 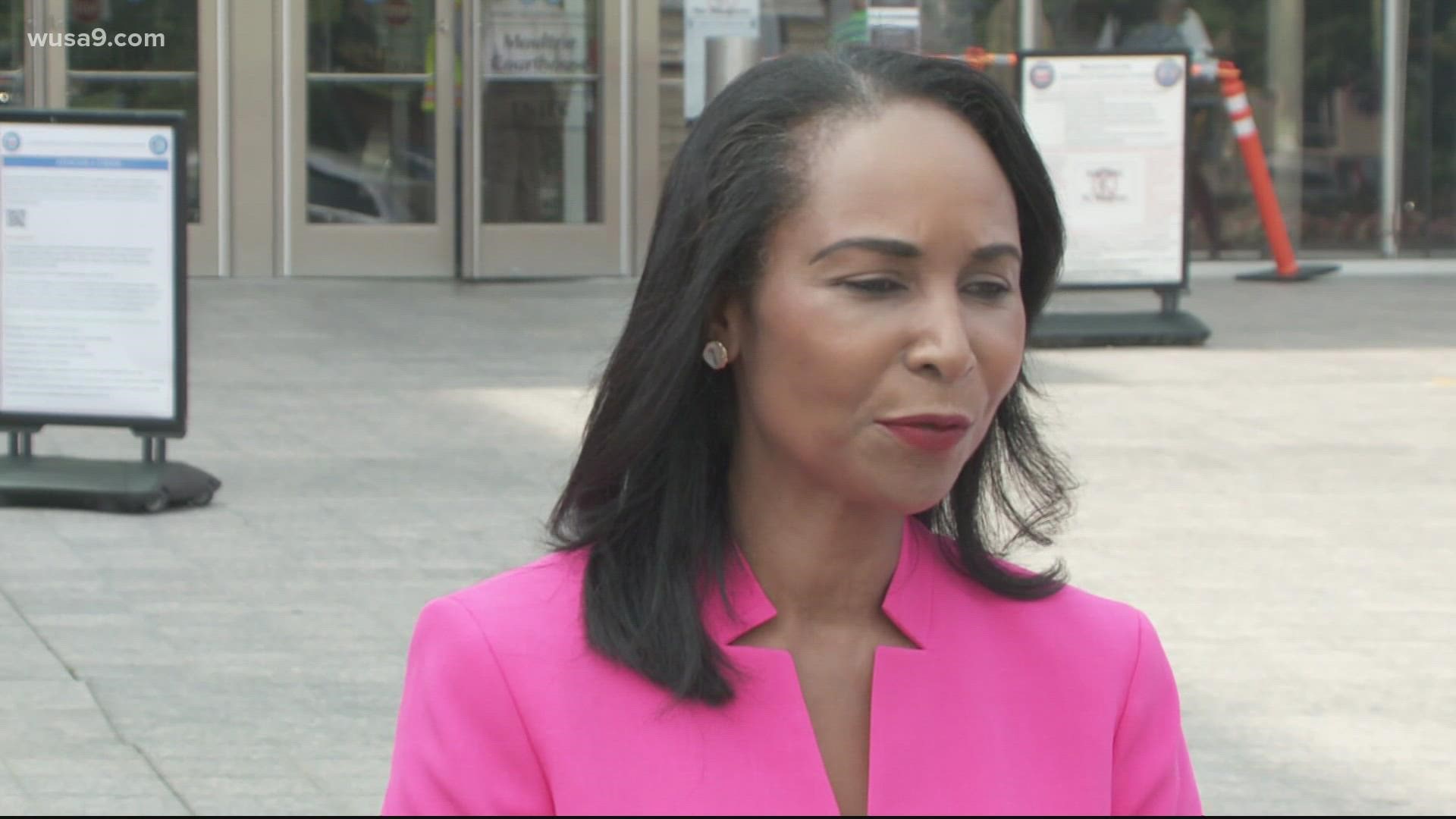 WASHINGTON — In an unprecedented move, two DC Superior Courts judges reacted Thursday to comments made by city leaders that a backlog of cases and judge shortages may be contributing to the crime wave, sending violent criminals back to DC streets.

“I think it’s an overly simplistic analysis to think that one entity is responsible for the crime that’s happening,” said Chief Judge Anita Josey-Herring.

The Chief Judge admits D.C. courts, like many nationwide, are still catching up from the COVID lockdown and they still need another 10 judges on the bench. Despite the challenges, she said work is still being done in 25 courtrooms operating half virtual half in-person.

In the last year, the courts cite 7,500 cases have been closed, 10,000 arguments heard and more than 6,000 arrest and search warrants executed.

The judges said they don’t make the laws they just interpret the laws put on the books by the city council.

“We’re not here to point fingers at any of our criminal justice partners we’re going to work tirelessly to ensure community safety as well as protect the right of defendants and victims,” said Criminal Division Presiding Judge Juliet McKenna.

Hours later, the suspect in the shooting death of 6-year-old Nyiah Courtney appeared before a judge. 22-year old Marktwan Hargraves, who was on release for a gun charge in Prince George’s County, was arraigned on second-degree murder charges and ordered held without bond until his next court appearance on August 18.

Police believe the 6-year-old’s family may have been targeted in the July 16 shooting. Her mother survived the attack, Chief Contee said the little girl’s father ran a drug ring on MLK.

In court, Hargraves’ defense attorney argued the only link is his prior connection to the getaway car, but prosecutors said that plus a series of text messages he sent shortly after the shooting is enough evidence to charge him and keep him behind bars.

According to court documents, Hargraves sent a series of text messages after the shooting writing: “it’s crushing me inside bruh, I cried last night…I let some people persuade me to ride with them and a little girl got killed.”

This mural of 6-year-old Niyah Courtney who was killed last week is a reminder of the growing violence throughout the city and parts of the metro.