Hundreds of people walked MLK, Jr. Ave. Wednesday, charging the community to do better after another child was killed on DC streets. 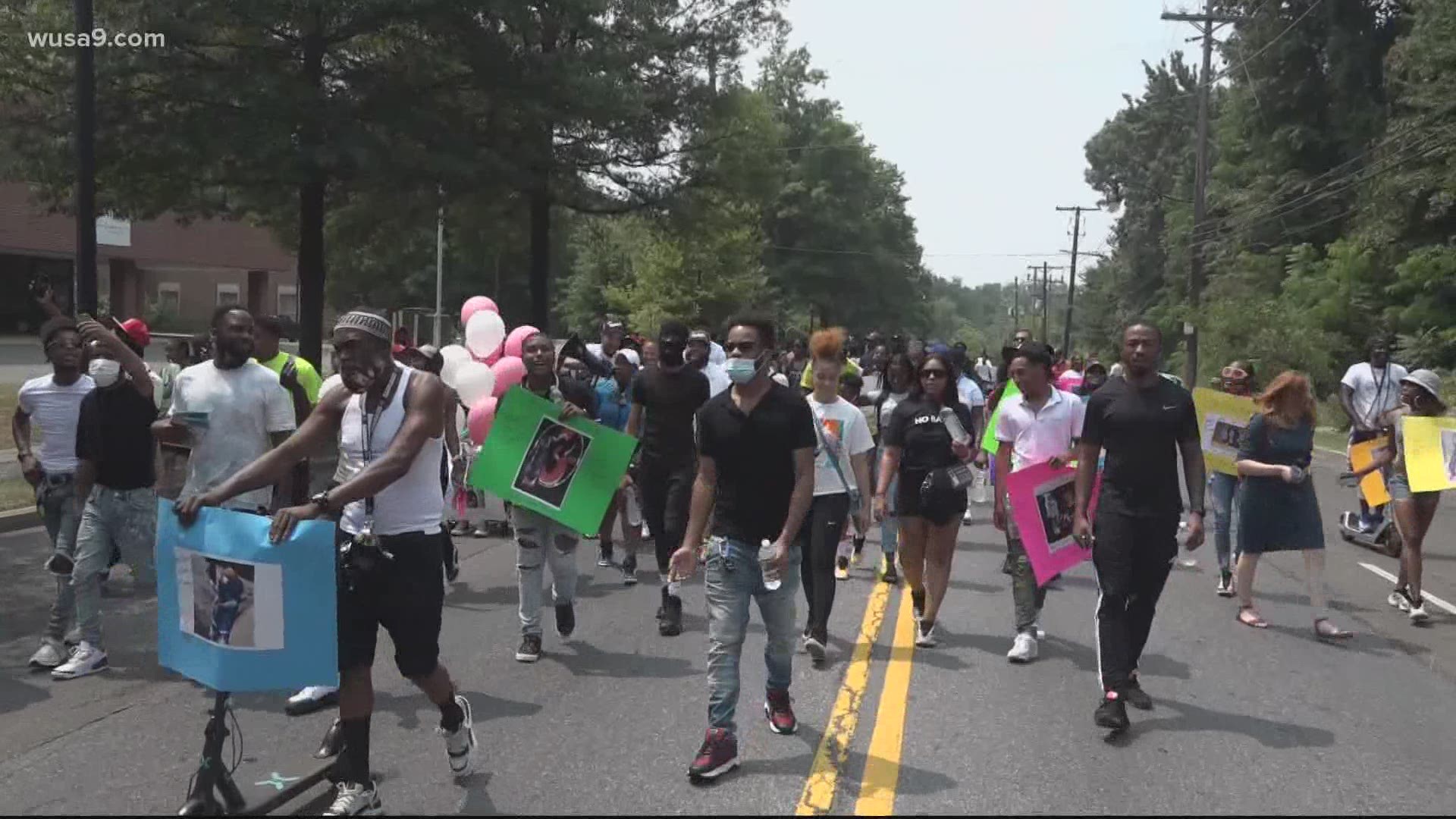 WASHINGTON — Days after six-year-old Nyiah Courtney was shot to death in a mass shooting in D.C., the community marched for peace and change.

As the group chanted, "Put the guns down! Pick the kids up!" Courtney's uncle joined them at the growing memorial located at the intersection where she lost her life.

He said he was walking up Malcolm X Avenue while Nyiah was walking with her family toward a bus stop on Martin Luther King, Jr. Ave. to go home when the shots rang out.

“First thing I heard was my baby, my baby. I knew it was one of my nieces.”

He rushed over to the family.

“My niece died in my arms," Paige said. "Her mother seen her pass away in her face. My brother, he didn’t know what to do.”

The family's lawyer with the Children's Law Center said Nyiah's mom, Dominique, was also shot and is now in the hospital stable and recovering from injuries.

#NOW: A group of people is walking from the 7-11 on South Capitol St to MLK & Mellon St where 6 y/o Nyiah Courtney was shot to death.

They’re walking in honor of all children who have been killed on DC streets.

They’re chanting “put the guns down, pick the kids up!” @wusa9 pic.twitter.com/JZN2RRbJtv

After Nyiah was killed, rapper JG Riff, a southeast D.C. native, felt compelled to organize a walk to honor Nyiah and all kids who have been killed on D.C. streets.

“Just growing up in southeast. Seeing all these young babies, just enough, enough was enough," he said.

He partnered with Guns Down Friday to bring a couple of hundred people together Wednesday.

“I look around and I feel love because she gave out love at six years old," Nyiah's godmother, Kiki said. "She loved everybody on this block.”

As they marched to spread love, they also called for the community to change.

The family's lawyer said there are multiple fraudulent GoFundMe pages circulating, so if you want to donate, they ask that you send money via CashApp to Nyiah's grandma at $andreacourtney.