Property management companies and small landlords in the District say they’re struggling. How long can they hold on? 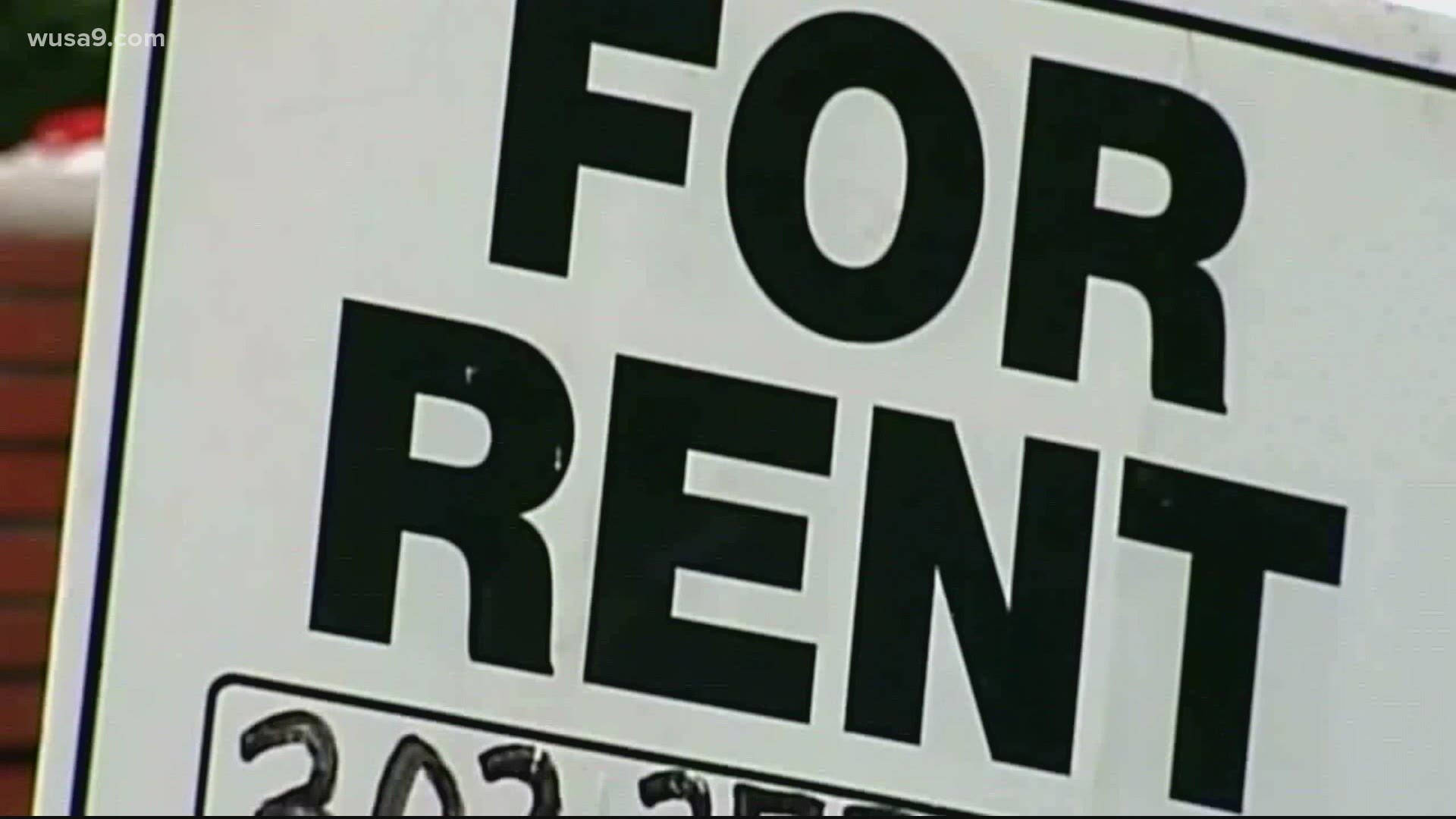 "They say 'just forgive the rent, it’s easy to do that.' That is not so easy to do, and we are doing it when we can," Josh Bernstein, CEO of Bernstein Management Corporation, said during the state of the market meeting hosted by the Apartment and Office Building Association of Metropolitan Washington (AOBA). "In March, our vacancy was about 3.9% in our rent-controlled inventory in D.C., 4% in the D.C. market rate [apartments] and 3.2% vacancy in the suburbs."

Now, Bernstein said the vacancy rate is close to 10% in D.C.

Bernstein said his company provided one million dollars in rent forgiveness to their tenants, but the unit vacancies and back rent payments are growing by the month.

According to Randi Marshall, AOBA's vice president of government affairs for D.C., it’s a trend her members are seeing across the District.

"Unfortunately, because of loss of a job, their hours are being cut, and school is no longer in person so there's no real reason to be in the district," Marshall said. "And so they're seeing a lot of vacancies and a lot of folks unable to pay their rent."

"Our accounts receivable, just in the month of October, grew by $1 million," Ritz said. "So the amount of outstanding rent has grown dramatically, as the stimulus money expired earlier in the pandemic, which was a tremendous help to these people in working class households."

D.C. Mayor Muriel Bowser has banned evictions in the District for now, but David Roodberg, CEO and president of Horning Brothers, is concerned about what happens when the moratorium is lifted and that rent money needs to be paid.

"I think one unintended consequence of the eviction moratorium was that there is less of an interest in the payment plans because people don't feel an urgency," he said. "When we talk to people, they're like, 'well, I can't be evicted right now, I'll wait and see what happens when it ends.'"

Roodberg argues it would be better if people were utilizing those funds now.

In Maryland and Virginia, the landlord can take the initiative to secure emergency rental assistance, but in D,C, the tenant has to. Landlords say it’s been challenging for some of the residents to go through the bureaucracy and get emergency assistance.