When crews arrived at the scene, they were able to knock out the flames. 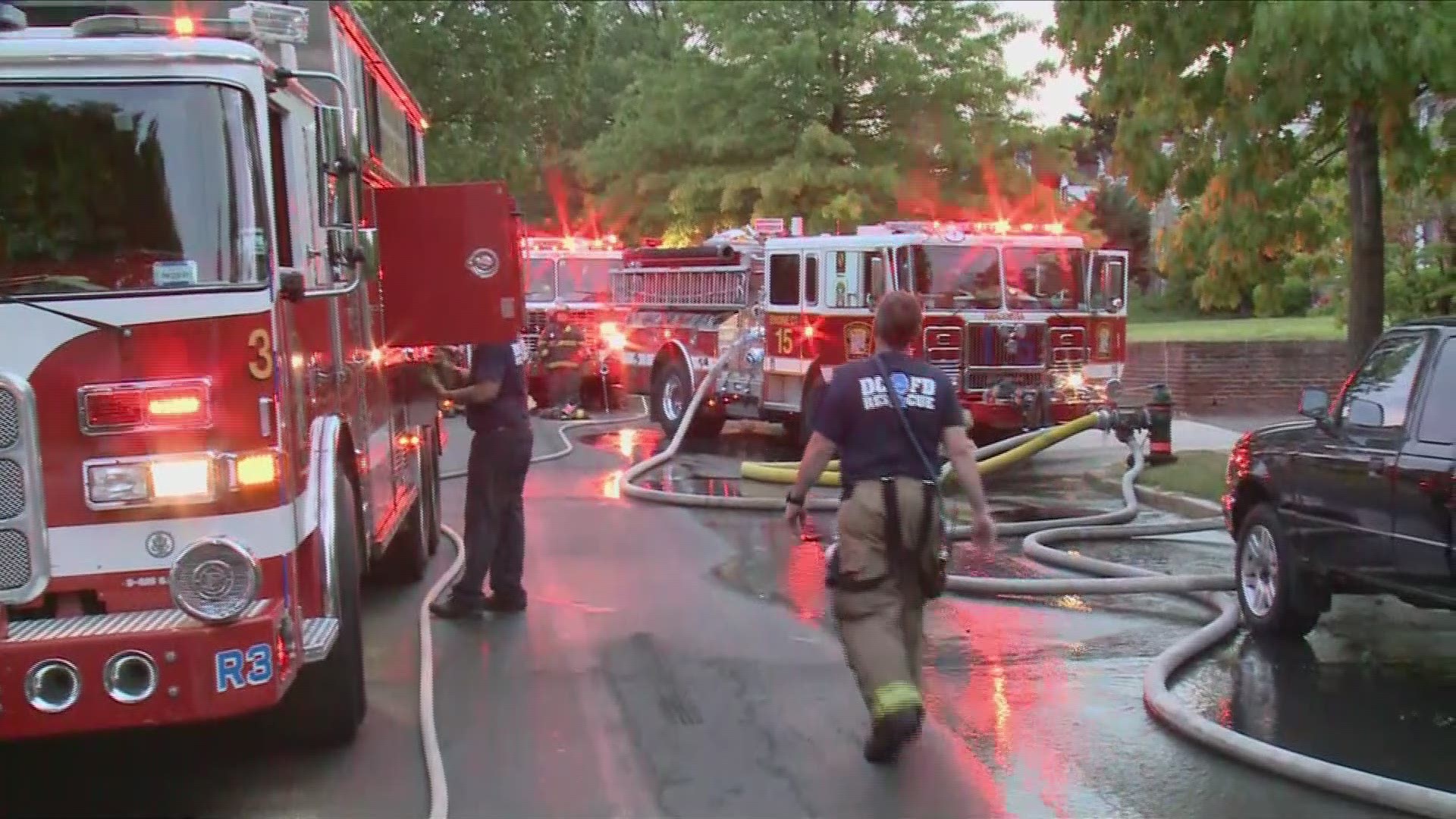 WASHINGTON — A family has been displaced after a basement fire at a large two-story detached house in Southeast D.C. early Friday morning, D.C. Fire and EMS said on Twitter.

The fire was reported at 6 a.m. at home in the 3300 block of Highview Terrace, D.C Fire and EMS officials said.

An investigation revealed that the fire started in the basement and extended to floors above through the walls.

When crews arrived at the scene, they were able to knock out the flames.

At this time, no injuries were reported. All residents in the house made it safely outside of the home, officials said. The displaced residents were able to find alternate housing with a relative.

As of Friday morning, crews were at the scene opening the walls and knocking out any lingering hot spots. Officials said firefighters are undergoing rehab and decontamination using new Decon PAC, which uses a cleansing product to remove carcinogens from fire gear.

D.C. fire investigators believe the cause of the fire was electrical malfunction. They have since determined the incident to be accidental.

Fire officials report there were three working smoke detectors in the home.

In a separate incident overnight on Thursday evening, Prince George's County Fire Department crews were called to the 11300 block of Glissade Drive in Clinton, Md. around 11:23 p.m. for a reported house fire. Upon arrival, crews found fire showing from the back of the house.

Officials said the fire was knocked out and no injuries were reported.