The cyclist was one of two people injured in pedestrian-involved car crashes on Monday within the District. 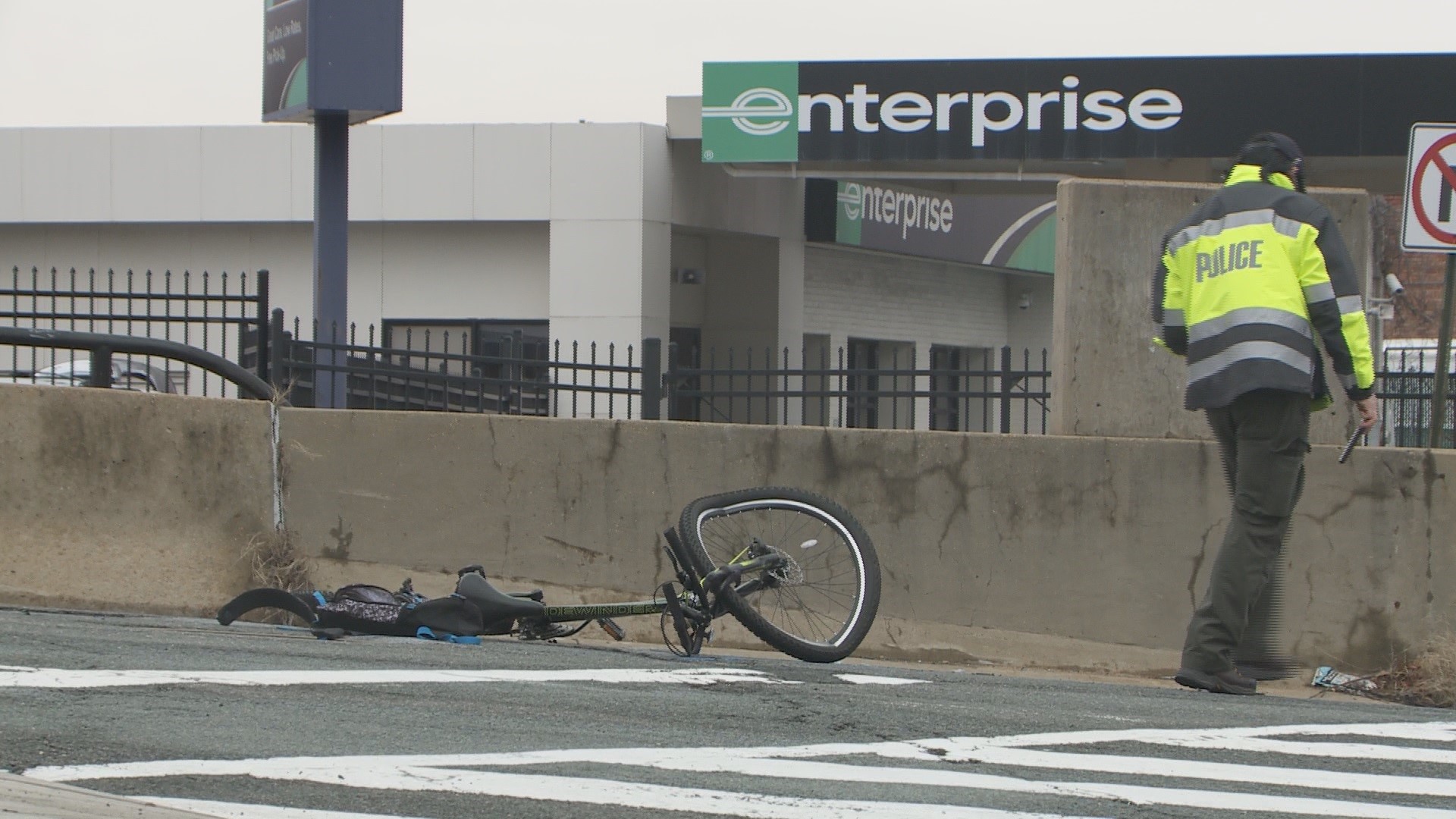 WASHINGTON — D.C. Police are investigating two accidents where drivers struck people, not in vehicles, Monday. One of those accidents claimed the life of a cyclist.

Armando Martinez-Ramos,47, of Northwest, is the cyclist who died, according to D.C. Police.

Firefighters and EMS personnel responded to the intersection of 10th Street and Michigan Avenue, Northeast, shortly after 11 a.m. to transport a male cyclist who had been struck by a driver, said  D.C. Fire and EMS in a statement.

Children’s National Hospital released a statement on the incident Monday afternoon. The hospital said one of its vans used to shuttle its employees hit the cyclist.

“On Monday afternoon, Children’s National Hospital learned that an employee shuttle bus hit a bicyclist on Michigan Avenue in Northwest DC. We were very saddened to learn that the bicyclist died shortly after that. At the time this occurred, the shuttle had no passengers and was occupied only by the shuttle driver. DC Police are investigating, and we will assist with any questions they have for our team. The shuttle is operated by LAZ Parking, which also employs the driver.”

WUSA9 also contacted a company named LAZ Parking about the incident. According to Children’s National Hospital, it operates the shuttle and employed the driver involved in the crash.

“We are deeply saddened by this tragic accident,” said LAZ Parking Spokesperson Mary Brennan Coursey. “Police are currently investigating, and we are fully cooperating with the local authorities as well as conducting our own internal reviews. The safety, security and well-being of our employees, customers, and the communities we serve continues to be our utmost priority."

She said speeding along Michigan Avenue has become a point of concern for locals.

“Michigan Avenue basically serves as this dangerous divide between our community where it's not easy for people on foot or on bike to cross safely,” Costello said.

The intersection where the crash occurred is near a middle school and the Turkey Thicket Recreation Center.

.@DCPoliceDept still out on the scene as of 5 mins ago. Officers say the major crash unit was called to the scene at 3:18p for a pedestrian struck by a driver. No info yet on condition of victim. It’s at least the second pedestrian/driver accident in DC today. (@wusa9) https://t.co/nlaqrmFVM1 pic.twitter.com/acdi7y7EmE

In 2020, DDOT did issue a notice of intent to address streetscape concerns at the nearby intersection of 10th Street and Bunker Hill Road, Northeast. However, Costello said she believes a bigger design project may be needed to address safety concerns on Michigan Avenue.

“We have a lot of seniors and a lot of young families and everybody in between and we all deserve to feel like we can cross the street without getting struck by a car.”

Emergency crews also rushed to an incident involving a vehicle and a pedestrian Monday afternoon.

Police said a vehicle heading into D.C. along I-66 struck a man near Virginia Avenue, Northwest. Police say the victim in that crash is in critical condition.

Neither victim in either crash has been identified.

DDOT data shows there have been 497 crashes in the District so far this year. Sixteen percent of those crashes have involved either a pedestrian or bicycle.

D.C. officials have long maintained their commitment to Vision Zero, a strategy that aims to have zero fatalities or serious injuries to travelers within the District’s transportation system by 2024. DDOT statistics show five people, including three pedestrians, have already died on DC roads so far this year. At this point in 2020, seven people had died in roadway crashes.

DDOT does have plans to fund new projects dedicated to stopping roadway accidents and crashes.

DDOT announced Monday, in conjunction with the National Highway Safety Transportation Administration, it plans to offer $200,000 in grant funds to support programs that improve traffic safety in the District.

The agency says it will offer four $50,000 grants to supports services and activities designed to prevent traffic deaths and injuries on DC streets.

Non-profit organizations, law enforcement agencies, hospitals, and universities are some of the groups that are eligible to apply.

“I would love to put as many resources as we can into Michigan Avenue in particular,” said Costello. “It really is a corridor that needs more attention.”