The 100 Black Men for Peace and Empowerment rally shared flyers of available human resources and sparked community engagement on the block Nyiah Courtney was killed. 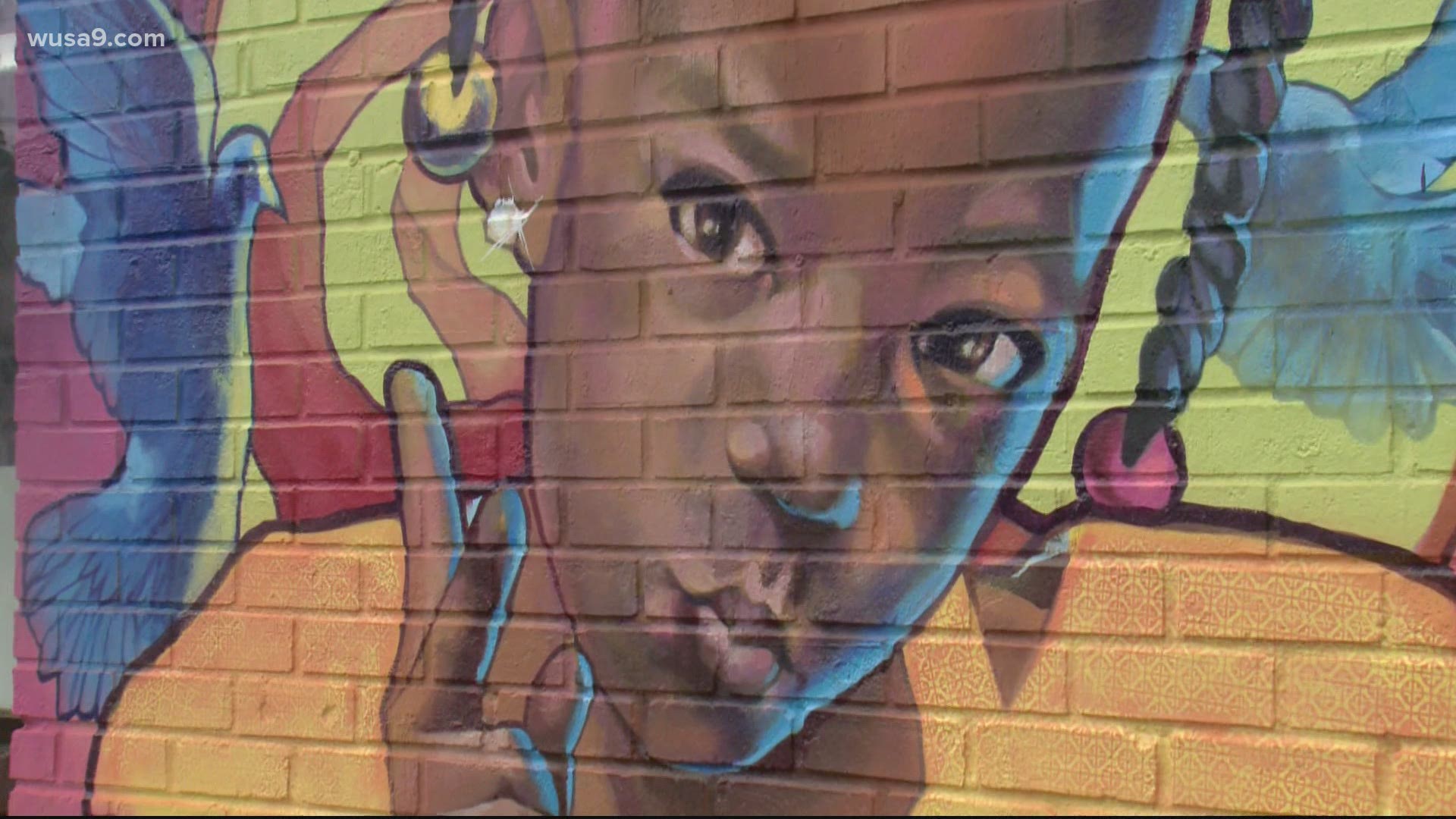 WASHINGTON — On Saturday evening at the same intersection 6-year-old Nyiah Courtney was murdered, a group of community members gathered to promote peace and empower their community to take advantage of available resources.

The event, titled 100 Black Men for Peace and Empowerment, involved community members walking around the block where Nyiah Courtney was killed. They passed out flyers detailing available resources and picked up litter in the area.

“We know that we have to do more than just come together, and it's good that we can come together as we see in other instances, but we also want to try to connect people with other people that can help them. And with the resources that the government does have available,” Salim Adofo, the ANC for 8C in Southeast said.

Adofo said if anyone could shoot up an area full of people and kill a little girl, he believes something may have been wrong with them, and said if they could have had the resources years before it could have been prevented.

At the same place tragedy struck the community a week ago people are gathering in unity.

Right now a 100 Black men for peace and empowerment rally is underway in Congress Heights. pic.twitter.com/RpK6Tr6QX9

The event drew people from across the city.

“It's just time for us to change the narrative,” Dwight Deloatch, owner of H&B Services in Ward 7 said. “I'm a young man that could have been me, you know, my mom is a single mom now a widow. And it's time for us to say 'okay, are you going to sit on the sidelines, or do you want to be a part of the narrative and say what can I do?' I want to move forward, I want to collaborate with our young leaders in the city, and say we have a chance to change the narrative.”

“This is on us as a community,” Adofo said. “We want to make sure that we can get the resources to the people that are in the most need so that we can stop the gun violence.”