Man punched in face in unprovoked attack in the middle of the day, police say

D.C. Police say they have investigated similar incidents along Wisconsin Avenue in March. 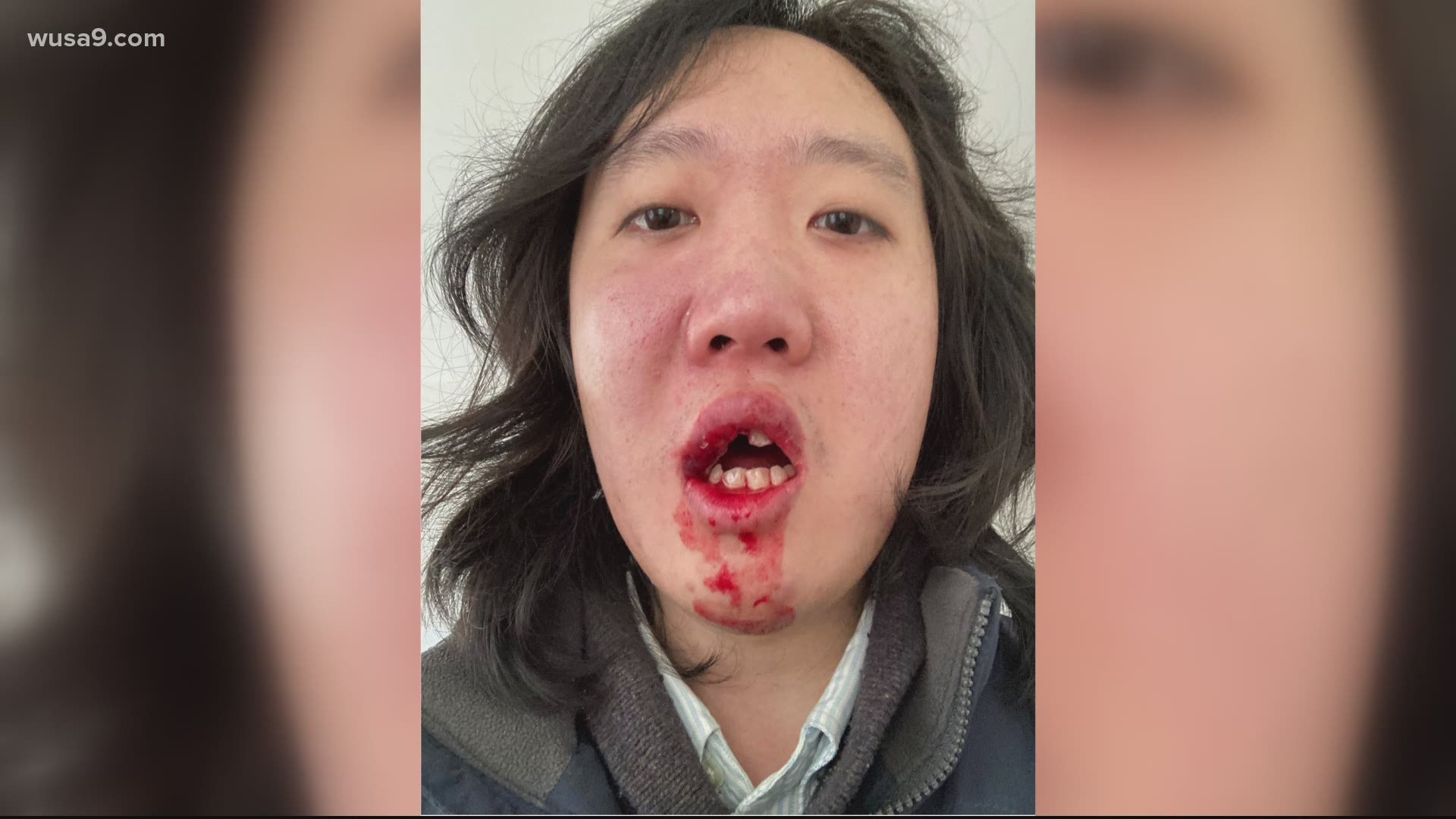 WASHINGTON — An Asian man in D.C. said he was punched in the face in what seemed to be an unprovoked attack near Cleveland Park earlier this month.

Mintaro Oba said he was walking on Wisconsin Avenue near his home on Rodman Street on March 1 when a stranger punched him in the face out of nowhere. The assault left him bleeding on the ground.

"I suddenly felt a sucker punch to the side," Oba said. "I was knocked to the ground and found myself bleeding from my mouth with a lacerated lip and loss of a front tooth."

Oba claimed the stranger began yelling at him aggressively before wandering away.

The incident happened just after 1 p.m. near Cleveland Park. Oba couldn't remember the exact words nor was he able to provide a specific suspect description.

Oba is of Japanese descent and has been following the uptick in violent crimes against the Asian American community since the start of the pandemic. His attack comes as Asian Americans, local leaders and other community advocates call for the end of hate towards Asian Americans and Pacific Islanders.

Oba can't say for certain if his aggressor was racially motivated. He suspects it could be issues related to mental health, but Oba admits to gaining a new sense of compassion and understanding about what the Asian American community, particularly elders and women, have been feeling in other parts of the country.

"I know what it's like to experience violence and the way it changes your relationship to your environment," Oba said. "It's not something I wish on anyone else."

RELATED: Hate crimes against Asian Americans, Black and Hispanic communities. Here's why they are similar

Police said there have been similar incidents within the past month along Wisconsin Avenue. WUSA9 learned of at least three different cases.

On March 15 around 4:20 p.m. outside the Trader Joe's, witnesses said there was a man punching women as he was walking southbound on Wisconsin Avenue, according to police reports. On the same day, about 20 minutes later, police also said another woman was "hummer punched" causing bruises and swelling to her left eyes and nose.

Meanwhile, on March 19, a woman riding her bike in the 1800 block of Wisconsin Avenue said she was knocked off her bike by a man who hit her in the head and face with his hands and feet. She fled the scene on foot, according to a police report.

It's unclear if the suspects in those cases are related to Oba's incident. Police said his case is still under investigation.

He said the incident has made him more aware and hypervigilant of his own community.

"I used to take long walks and let myself get out of my mind a little," Oba said. "But now, I'm very aware of who and what are in my surroundings."

RELATED: An emotional plea to stand up to anti-Asian racism | Hear Me Out