It is unknown at this time whether any of the victims involved in the shooting were intended targets, police say. 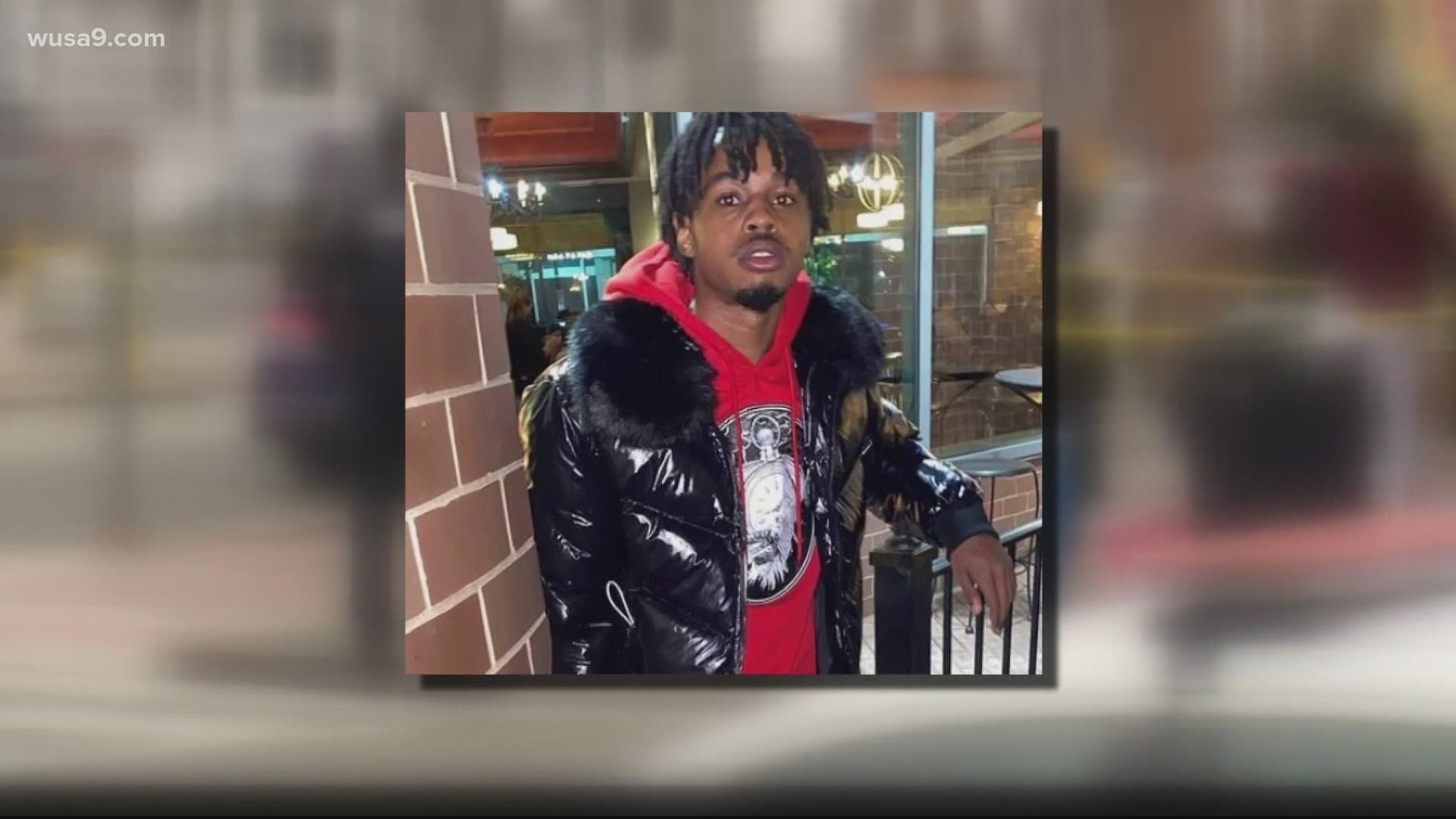 WASHINGTON — Police have arrested a Manassas, Virginia man who as a suspect in a Southeast D.C. market shooting that has left one person dead and four others injured.

21-year-old Terrance Oxner has been charged with First Degree Murder while Armed, according to the Metropolitan Police Department (DC Police). He was arrested in the 1400 Block of Good Hope Road, Southeast.

According to D.C. Police, the shooting took place in the 1400 block of Good Hope Road, SE just before 9 a.m. Monday morning as police and D.C. Fire & EMS were dispatched to the scene.

Upon arrival, police said they found two shooting victims. Three other people went to nearby hospitals on their own for treatment, Acting D.C. Police Chief Robert Contee said. During a news conference Monday morning, Contee said at least one shooter opened fire inside and outside the New 7 Market.

One man was pronounced dead at the scene. Information on the victims involved in the shooting was not immediately released. However, family and friends identified the man killed as 22-year-old Edward Wade, a senior at Virginia Union University in Richmond where he was studying biology. Wade was in town visiting his family, according to his relatives

MPD needs assistance in locating this vehicle in connection with a Homicide that occurred this morning in the 1400 block of Good Hope Road, SE.

Wade's aunt, Denise Kirksey, said his mother dropped him off at the store to buy a few things when he was killed moments later.

"She was just outside of the store in her vehicle waiting on him to come back out and the shooting happened inside," Kirksey said. "This is very, very traumatic."

Family friend Sandra Priester remembered watching Wade grow up. She described him as a boy who never got into trouble and inspired other kids in the neighborhood. She stressed the need to put more resources into Ward 8 and tackle the gun violence that has become known in the district.

"We need to take control of our neighborhoods," Priester said. "This is sad. It happens way too often."

The incident marked the 12th homicide case in D.C. this month. Recent data showed that would make it a 22% increase compared to the same time last year.

This is 22 y/o Edward Wade. Family confirmed to me that he is the man killed in a shooting inside a market on Good Hope Road. He was a senior at Virginia Union University in Richmond visiting home. His mom dropped him off to buy a few things. Moments later he was killed. @wusa9 pic.twitter.com/smV0sRSbvg

“Through the detectives’ investigation, it was determined that one of the victims that sought treatment at a local hospital was a suspect in this case," said DC Police in its statement.

It is unknown at this time whether any of the victims involved in the shooting were intended targets, police said.

Anyone with information regarding the shooting, the persons of interest or the car in connection is asked to contact D.C. Police. 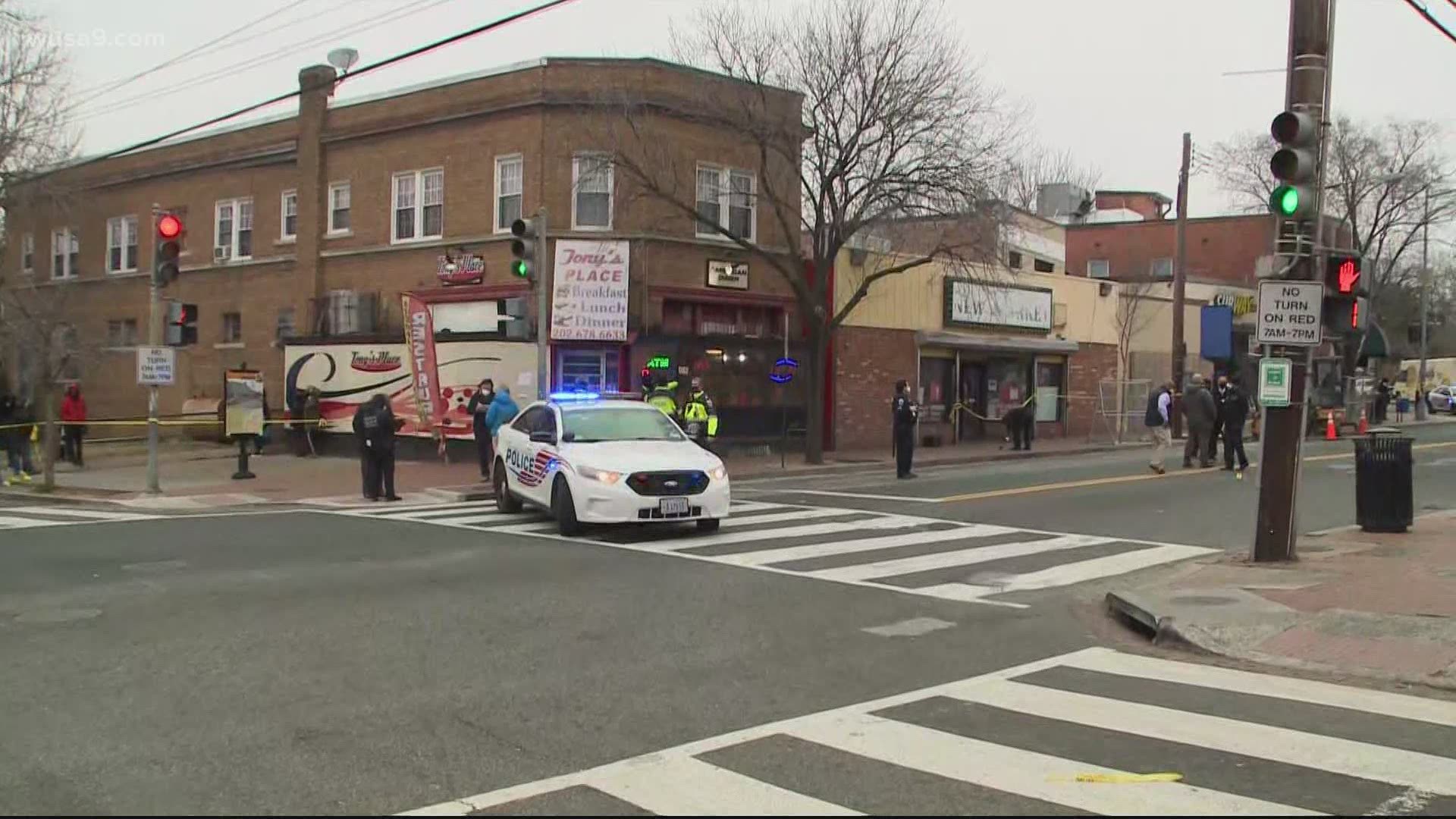 RELATED: 15-year-old boy killed in Southeast, 1 of 6 shootings within hours