25-year-old Brian Sayrs is being held in jail without bond on charges of second-degree murder. 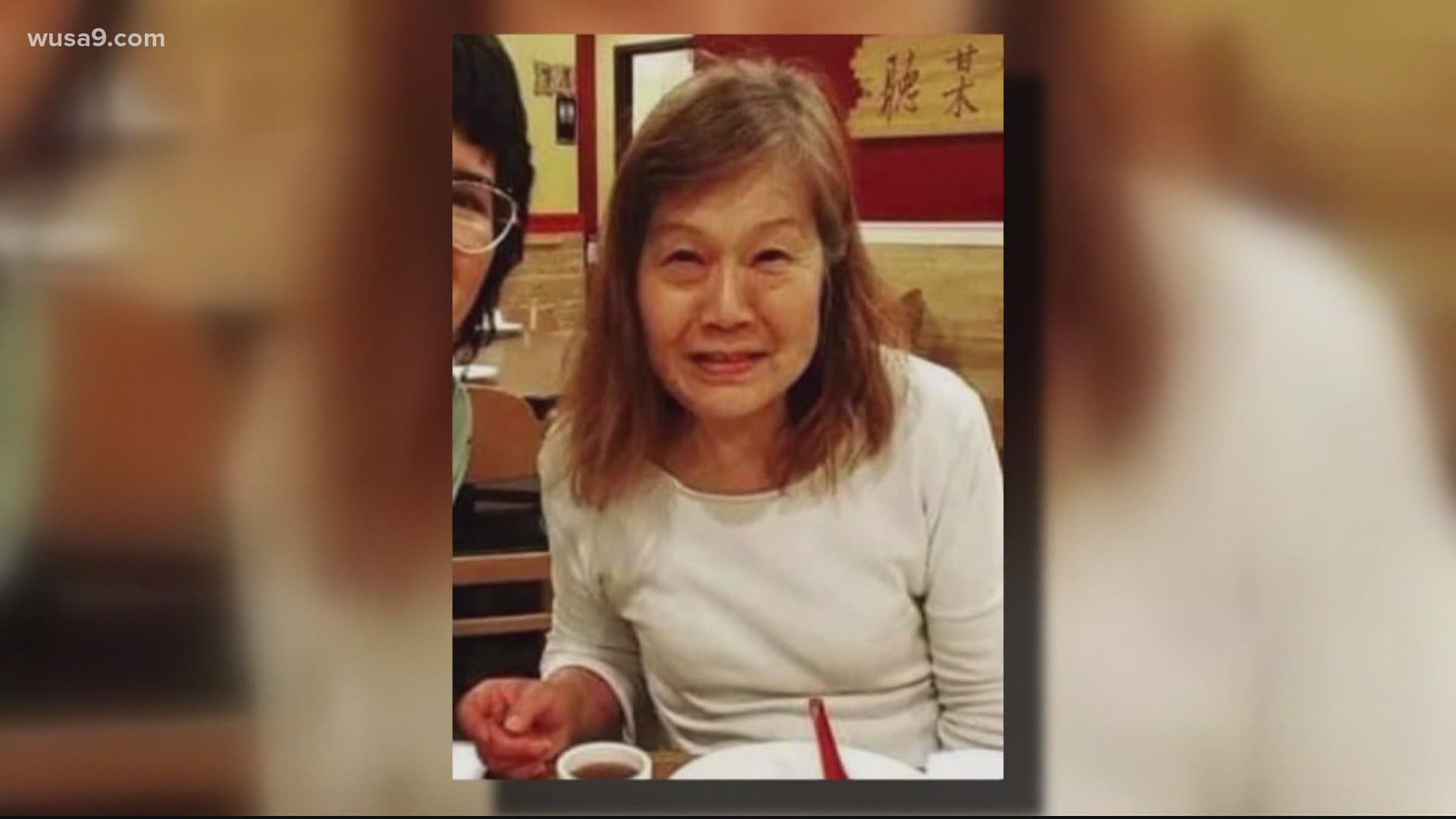 LORTON, Va. — The man charged in the death of a Lorton woman who had been missing for nearly two months will remain in jail without bond, per the Fairfax County General District Court.

Fairfax County police charged 25-year-old Brian Sayrs Jr. of Woodbridge, Virginia with second-degree murder and felony concealment of a body. In an arraignment hearing on Monday, a judge appointed him an attorney before his next court hearing scheduled in September.

Sayrs is accused of killing 72-year-old Emily Lu at her home in the 9200 block of Davis Drive before dumping her body in the woods near the traffic circle at Dudley Drive and Laurel Crest Drive, less than two miles away from her home.

Major Ed O'Carroll said in a press conference on Saturday that Sayrs called police the night before and led them to the body, about a week after detectives announced they had a person of interest in the case. The police chief already considered pressing charges even search crews have not found Lu's body.

"Detectives met with him immediately and he brought us to this area," Carroll said. "That murder took place on the Davis Drive property. We have firm evidence to support that."

Police have not released any information on a possible motive.

Joseph Hoffman called Lu his closest friend for 13 years after he rented a room at her house for only three months. They maintained a strong relationship throughout the years, so much so that he would help check up on her tenants, he said. Hoffman said he has been in communication with police but chose not to elaborate on the possible motive.

"The last thing I want is for him to be set free," Hoffman said.

Hoffman said he met Sayrs when he first moved in early may when Lu held a welcome dinner. Sayrs was the only tenant at the time of her disappearance, he added.

Hoffman also said Lu would visit his condo at River Towers in Belle Haven fairly often. When police initially suspected foul play in her disappearance, they said family contacted officers and provided an address in Belle Haven that Lu frequented. Officers checked the home but did not find her, investigators announced.

"The last time I saw her was May 30 when she dropped me off at the train," Hoffman said. "I last spoke to her on June 2 and she was at my condo working in my garden. [On] June 3 I couldn't make contact with her and I was worried."

Lu was last seen checking out groceries at the Aldi in Woodbridge the night of June 3. Her employer at Home Instead in Annandale alerted police when she did not show up to work. Hoffman claimed her employer called him first.

"I started searching for her any way I could," he said. "I reached out to her tenant and he wouldn't talk to me at all which was very strange."

In a statement to WUSA9, Home Instead franchisee owner Jason Sager said:

"While we can not give details in this specific ongoing criminal case, I will confirm that employees leave their emergency contacts for us to call. Along with the rest of the community, we are devastated by this tragic news. We mourn with Emily Lu's family and friends and will continue to support them."

The Fairfax County Police Department also said it could not confirm any names involved in the investigation.

Lu's daughter Jenny Ball told WUSA9 she is grateful for the closure and appreciates all of the support from the police and the community.

The Office of the Chief Medical Examiner will conduct an autopsy to determine the manner and cause of death.