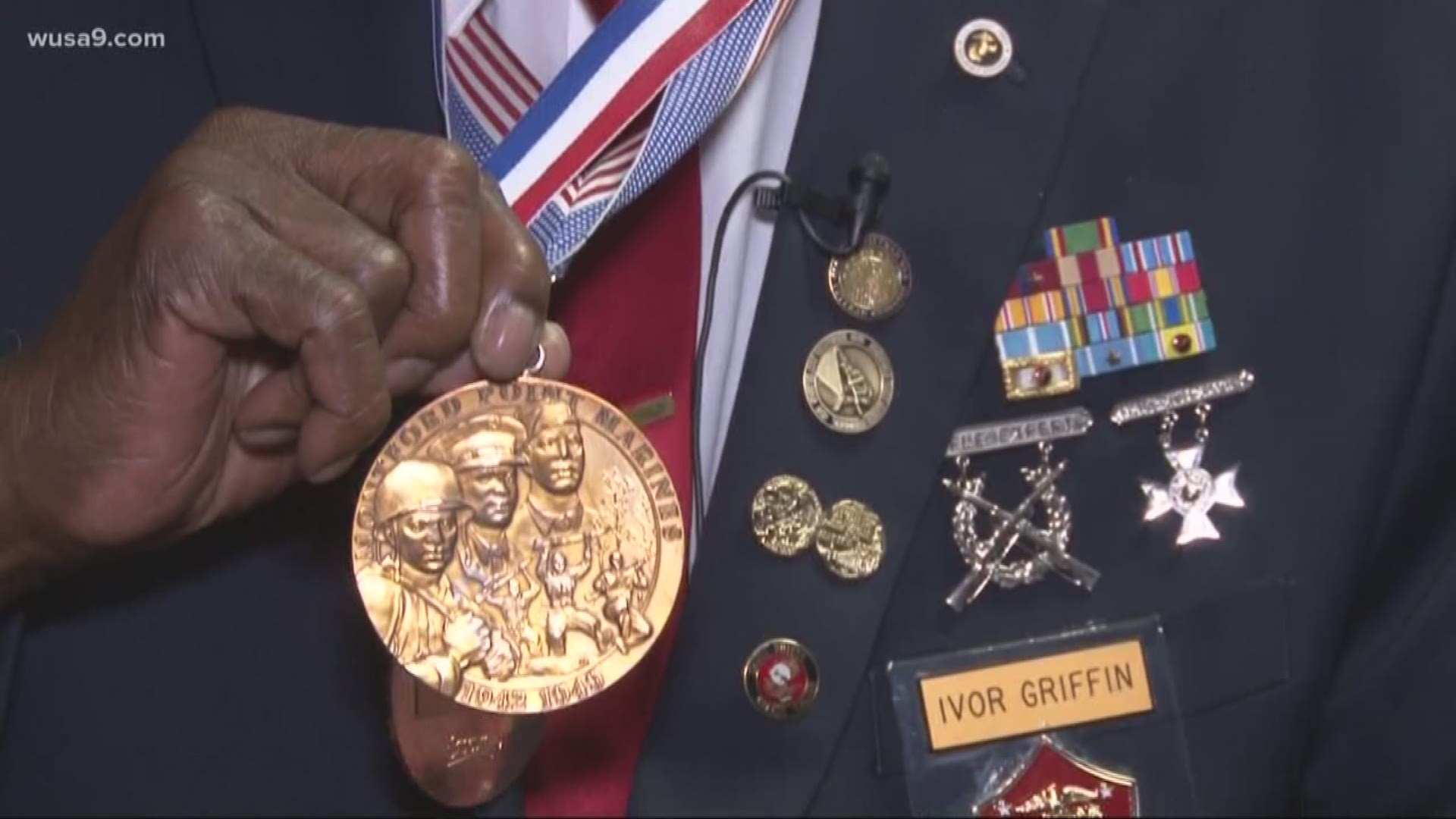 WASHINGTON — Two Montford Point Marines, who were among the first to integrate the U.S. Marine Corps, reflect on their time at a segregated boot camp and explain the need for survivors and their family members to come forward for a special honor.

When African-Americans were allowed to join the U.S. Marine Corps in 1942, they were sent to Montford Point Camp in Jacksonville, North Carolina. It was a segregated boot camp on swamp land surrounded by woods. The conditions were far from ideal.

Staff Sgt. Ivor Griffin, 92, and Staff Sgt. Eugene Groves, 90, were among the first to get training there. They joined the U.S. Marine Corps in the mid-1940s.

"As soon as we arrived at the gate and came in, they -white marines- started calling us names and talking about our family members," Groves said.

"At that time, when people talked about your mama and your daddy, you wanted to fight," he said.

Griffin said their part of the base was a lot different from where their white counterparts trained, which was at Camp Lejeune. Montford Point Camp was on a small section of the base.

When President Franklin D. Roosevelt signed Executive Order 8802 on June 25, 1941, which prohibited racial and employment discrimination in the services, it opened the door for people like Groves and Griffin to join the U.S. Marine Corps. It was a dream come true despite the conditions.

Griffin left home at the age of 17 in Philadelphia. Groves was also 17 when he left home in South Carolina. Both said training during a time of segregation was rough.

"It was some hard times, but I said I'm going to make it through," Groves said.

"Up north in Philadelphia where I came from, it had a little bit of it, but not as bad as the south," Griffin said.

Nearly 20,000 marines trained at Montford Point Camp before it closed in 1949. President Harry S. Truman signed an executive order that desegregated the military the year before.

In 2011, former President Obama signed Public Law 112-59, which authorized an award, on behalf of congress, for the presentation of a single Congressional Gold Medal in honor of the Montford Point Marines. The medal is in recognition of their personal sacrifice and service to their country during World War II.

The Smithsonian's National Museum of African American History and Culture houses two of only a few original "collective" Congressional Gold Medals awarded to the Tuskegee Airmen and Montford Point Marines.

The MPM gold medal was awarded in 2012. Groves and Griffin were among honorees who received a bronze replica of the gold medal, which is available for purchase from the United States Mint.

"It made me feel proud that I'm a marine," Griffin said, while holding his heavy medal.

If you know an African American Marine who served between 1942 and 1949 please find their DD 214 papers and contact WUSA9 or the Montford Point Marine Association. 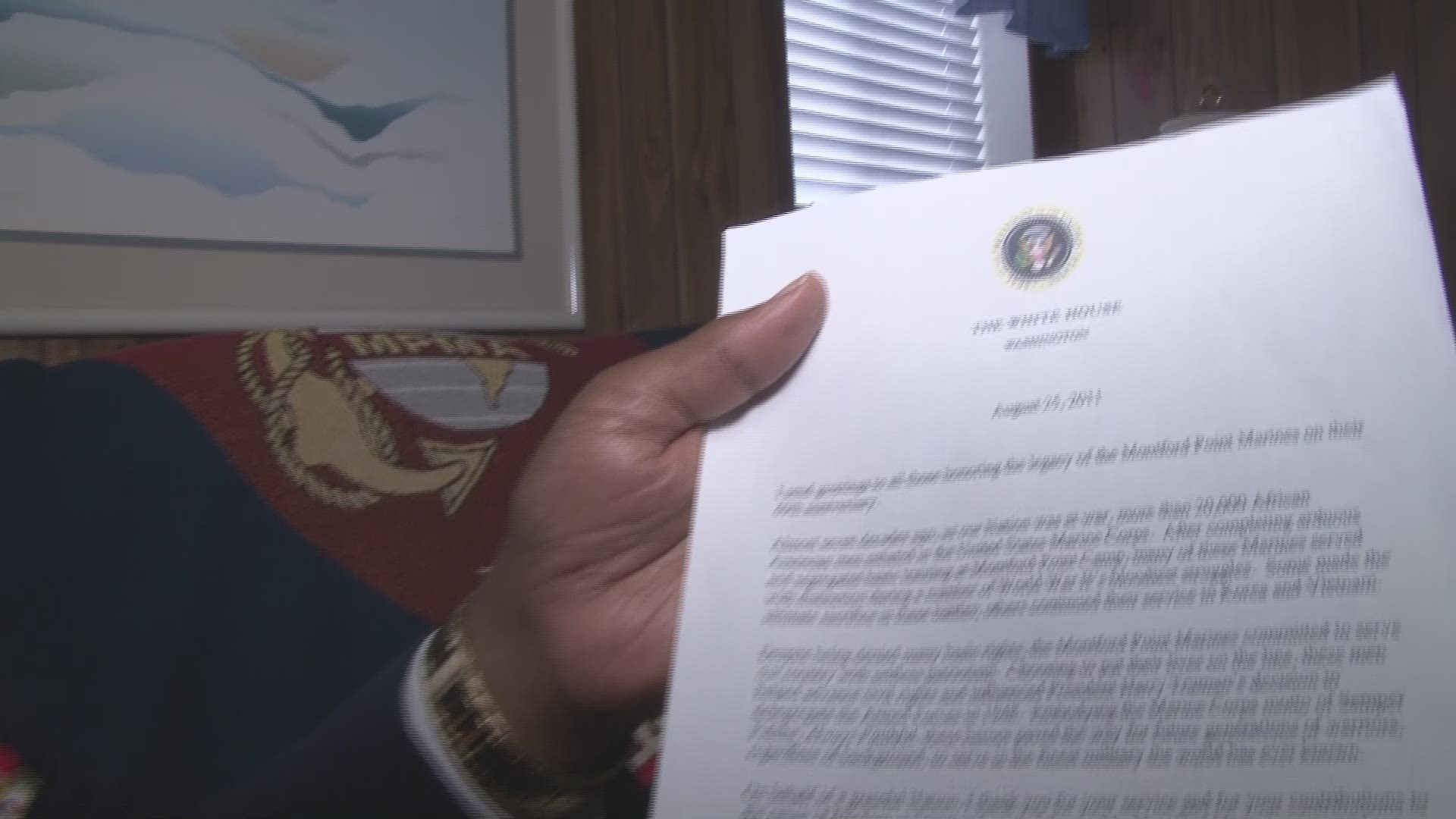