Is it legal to shoot an intruder? Here are the laws in Maryland, Virginia and DC 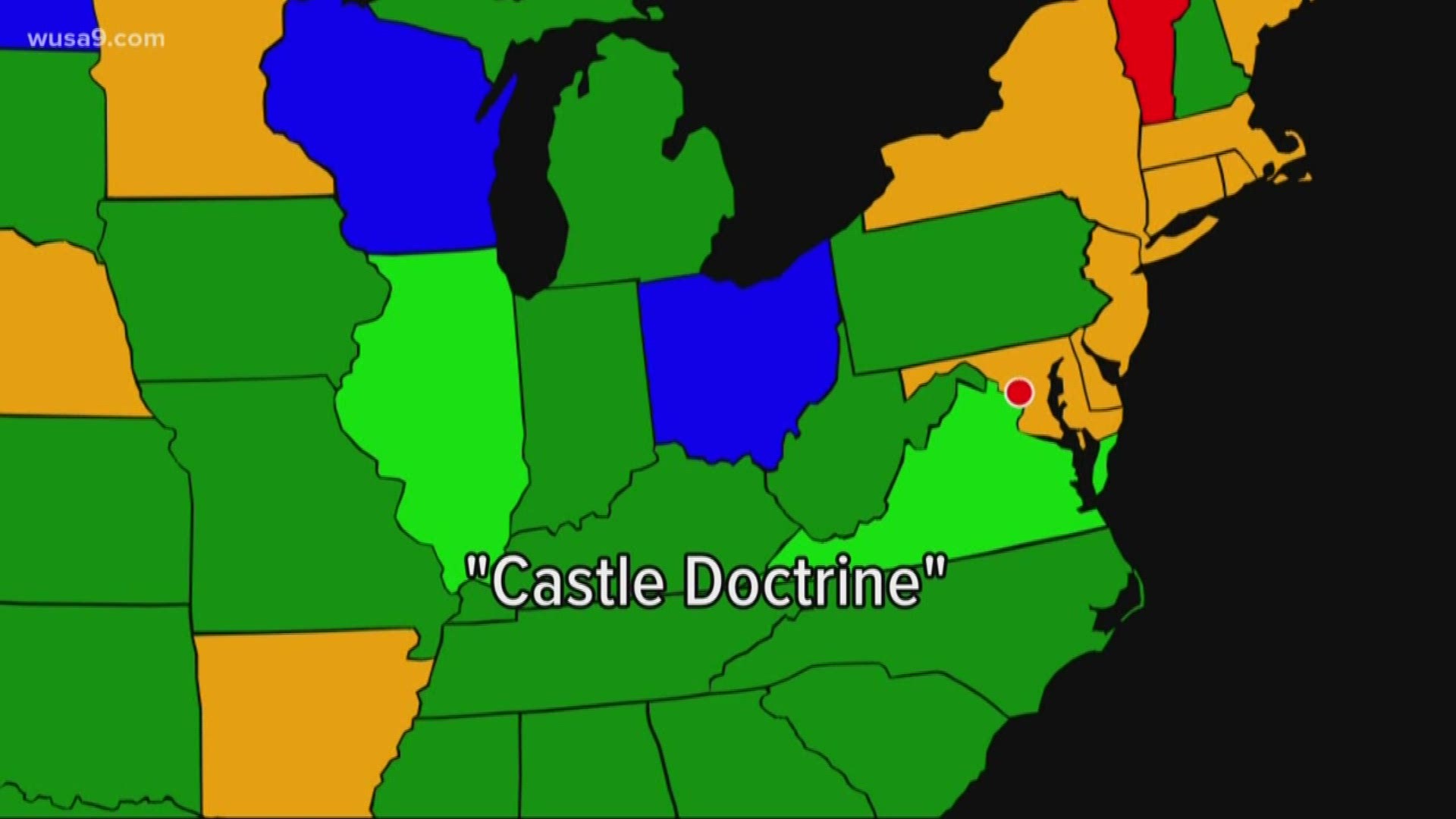 WASHINGTON — It's a homeowner's worst nightmare.

Earlier this week, 46-year-old Alberto Espinosa was shot and killed by a homeowner in Chantilly, Va. after the homeowner claims Espinosa was trying to get inside his home.

RELATED: Wife of Chantilly man killed by Maryland homeowner says it was a 'horrible mistake'

The self-defense laws for Maryland, Virginia and D.C. vary, but each jurisdiction has some type of law in place that addresses when it's deemed legally justified to use a firearm in self-defense.

Both Maryland and Virginia follow what's called a castle doctrine, which allows homeowners to use deadly force to protect themselves, their home and their family. However, the use of deadly force must be considered reasonable.

Here's a break down of the laws in D.C., Maryland and Virginia:

The District does not have a law targeted specifically to a home intruder. In terms of self-defense, D.C. has a law that states a person can defend themselves when they truly believe that they're in danger of bodily harm or death. However, the law also states the person is required to take reasonable measures by stepping back or walking away.

Section 22-40503.01 of D.C.'s law allows someone to use a firearm if it's done in legitimate self-defense. For more information on the laws, click here.

The castle doctrine in Maryland states that when a person is inside their home, they do not have to retreat. A homeowner is allowed to stand their ground and attempt to defend themselves against an intruder, as long as the use of force is reasonable.

Section 18.2-282 of Virginia law also states that it is unlawful to display a firearm in attempts to scare another person unless a person is engaged in a justifiable or excusable self-defense situation. For more information on the laws, click here.