Chai Suthammanont worked in a day care kitchen at Quantico. He worried about catching COVID-19 at work. He was diagnosed with coronavirus and died a few weeks later. 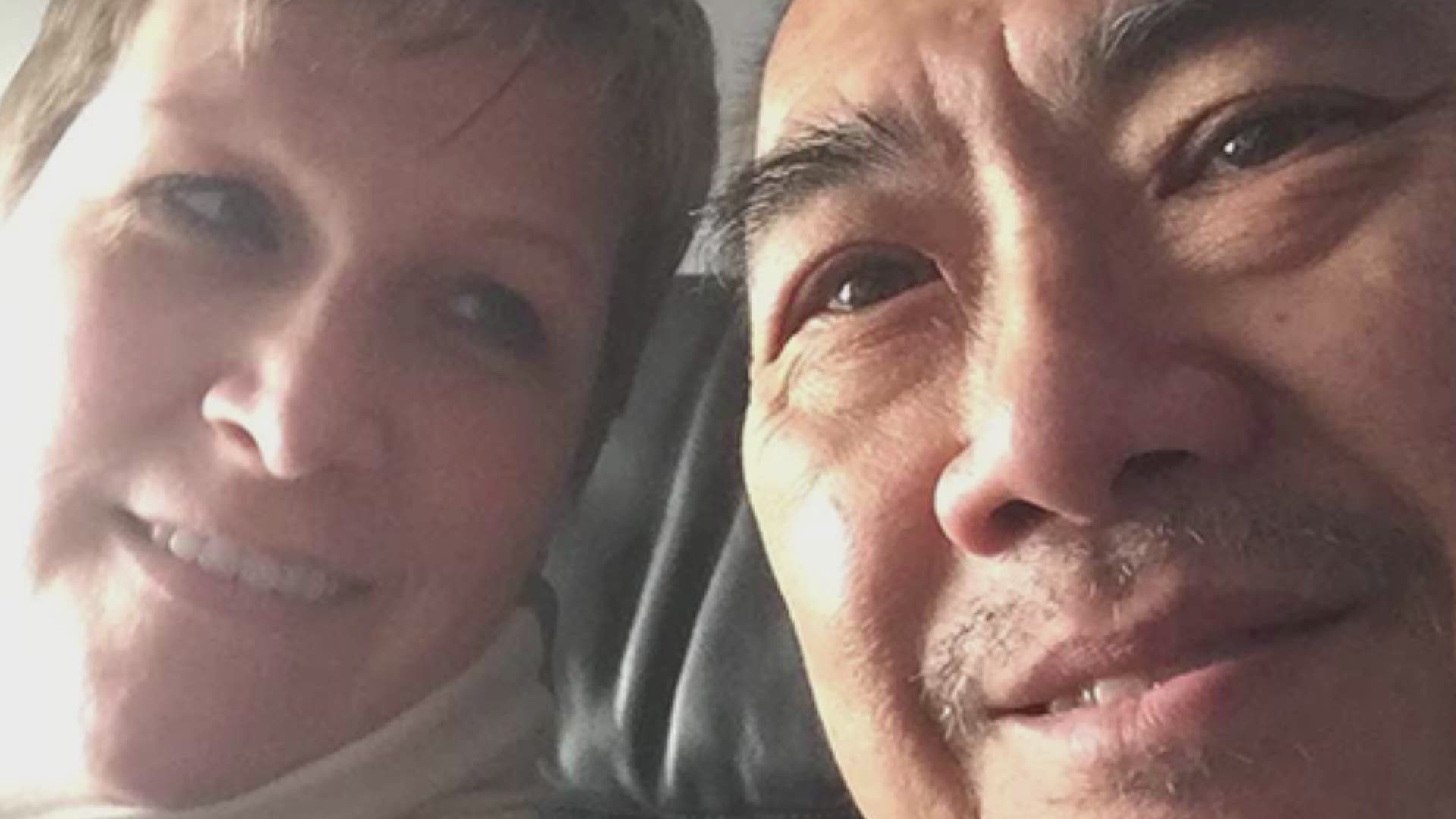 QUANTICO, Va. — UPDATE: The U.S. House of Representatives passed a bill based on the case of a Quantico Marine Corps Base worker, who died after catching COVID-19. It is supposed to protect federal workers as they return to the workplace during a pandemic.

WUSA9 first brought you this story in July. Now, it is prompting change.

“Let me be clear,” he said. “This was an avoidable death. Had there been protocols in place, had there been PPE in place and available to employees like Chai, Chai would still be alive today.”

The legislation requires every federal agency to develop a detailed plan on how the full workforce can return. It needs to include guidance about what personal protection the agencies will provide, cleaning protocols and plans for employees who are high-risk.

“At least, look, he's still helping people,” his wife Christina, said. “He's still able to make the world a little better, which, you know, the world was definitely better with him in it. So, I just have to think about it that way.”

The bill would require every federal agency to develop a plan with detailed directions on how the full workforce can return. The guidance needs to include details like what PPE the agencies will provide, cleaning protocols and contingencies for employees who are high-risk.

#BREAKING A House committee just passed the bill based on the case of a Quantico worker, who died after catching #COVID. The Chai Suthammanont Remembrance Act is supposed to protect federal workers as they return to the workplace during a pandemic. @wusa9 thread 👇🏻

The legislation passed the House Oversight and Reform Committee without objection. It now goes to the House floor. WUSA9 has asked the Majority Leader’s Office if and when he will bring this legislation to the floor for a vote.

Every day for 27 years, Christina Suthammanont would go to sleep to the same words from her husband: "Good night babe. Love you."

“Every morning and I'm not kidding you, every morning, he used to go downstairs, make a cup of coffee, bring it upstairs," Suthammanont said.

Suthammanont's husband, Chai Suthammanont, was a federal worker in the kitchen at one of two day care centers at Marine Corps Base Quantico in Virginia.

When the pandemic took hold, the centers only accepted the children of essential workers. Since those numbers were small, they combined the two centers into one.

While caregivers were on a rotation, the schedule from that time shows all six kitchen workers, including Chai, were on shift together.

“It would be difficult for even three people to socially distance,” Suthammanont said. “We're not talking like a huge industrial-sized kitchen; it's really basically a small kitchen.”

Suthammanont said Chai was perfectly healthy and wore his mask, but he was worried about the conditions.

“He would regularly say, 'People don't wear the masks all the time, it's hot, there's too many people in the kitchen,'” Suthammanont said.

She also recalled her husband's anxiety about a colleague coughing and still coming into work.

“When you walked in each day you were supposed be asked a list of questions,” Suthammanont said. “'Do you have a cough?’ As soon as the person said, 'I have a cough,' they should have said, 'Well, you can't come in here.’ What's the point of asking the questions if you're not going to enforce them for their intended purpose? That doesn't make any sense to me.”

“I took him to the hospital,” Suthammanont said. "Four days later, he was intubated, and he stayed on a ventilator for 21 days.”

About Chai
Chai, as he is known to family and friends, was born in Bangkok, Thailand. In 1968, he immigrated to the United States, at the age of 17, to study photography. After studying in Silver Spring, MD, he settled in Jersey City, NJ.

Chai died on May 26. His wife believes his story has bigger implications for the federal workforce.

On April 27, Chai worked his full shift at the day care kitchen. Just about a half hour after he got home from work, Suthammanont said he got a text message and letter from the center director. It said he was to quarantine for 14 days because an employee there had tested positive for COVID-19.

When he got really bad, she took him to the hospital. The kiss that would be their last was done through a mask. Chai would never come home.

Records obtained by WUSA9 show workers' comp is covering the medical bills. But, as Suthammanont thinks more about the circumstances at Quantico before Chai's death, her beliefs have changed.

“It was entirely preventable,” she said.

We reached out to Quantico for more information about what happened. We sent them a list of questions, but they wouldn't confirm even basic facts for us. A spokesperson told WUSA9 she consulted their legal team and was unable to respond to us due to a pending investigation. She assured me they are taking this seriously.

As the country continues to reopen, though, Suthammanont doesn't want other families to be in this position. She feels changes are needed and a new hotline should be created. That way people can anonymously voice their concerns about workplace conditions during the pandemic.

“Having a COVID-19 hotline, I think, during the pandemic makes a lot of sense,” Democratic Congressman Gerry Connolly (VA-11), who represents many Quantico workers, told WUSA9 when we presented him with Suthammanont's idea. “It would be an extra layer of protection.”

We spoke with him after a recent hearing on protecting federal employees, which he dedicated to Chai.

“Victims are not just numbers,” he said. “They're real people with real histories and real families.”

We asked Connolly if he thinks the federal government is doing enough to protect workers like Chai.

“No, absolutely not,” he said. “The more we learned about the circumstances of Chai's death at Quantico, the more troubled we were by the lack of preparedness, by the lack of available protection, about the lack of very clear guidance.”

So, the congressman proposed “The Chai Suthammanont Remembrance Act.” It would require every federal agency, including the Department of Defense, to develop a plan with detailed directions on how the full workforce can return. The guidance needs to include details like what personal protection the agencies will provide, cleaning protocols and contingencies for employees who are high-risk.

“If we're going to be reentering the workforce at a much higher level of participation, those people have to be safe,” Connolly said.

From their home in Fairfax, Suthammanont remembered her husband of 24 years as someone who always tried to do the right thing and who would be all for a bill, she says, that would do just that.

“It's too late for Chai, it just is,” she said “At least, look, he's still helping people. He's still able to make the world a little better, which, you know, the world was definitely better with him in it. So, I just have to think about it that way.”

Quantico said there's no estimate of how long their investigation will take.

RELATED: Meet the US Army General tasked with finding a COVID-19 vaccine