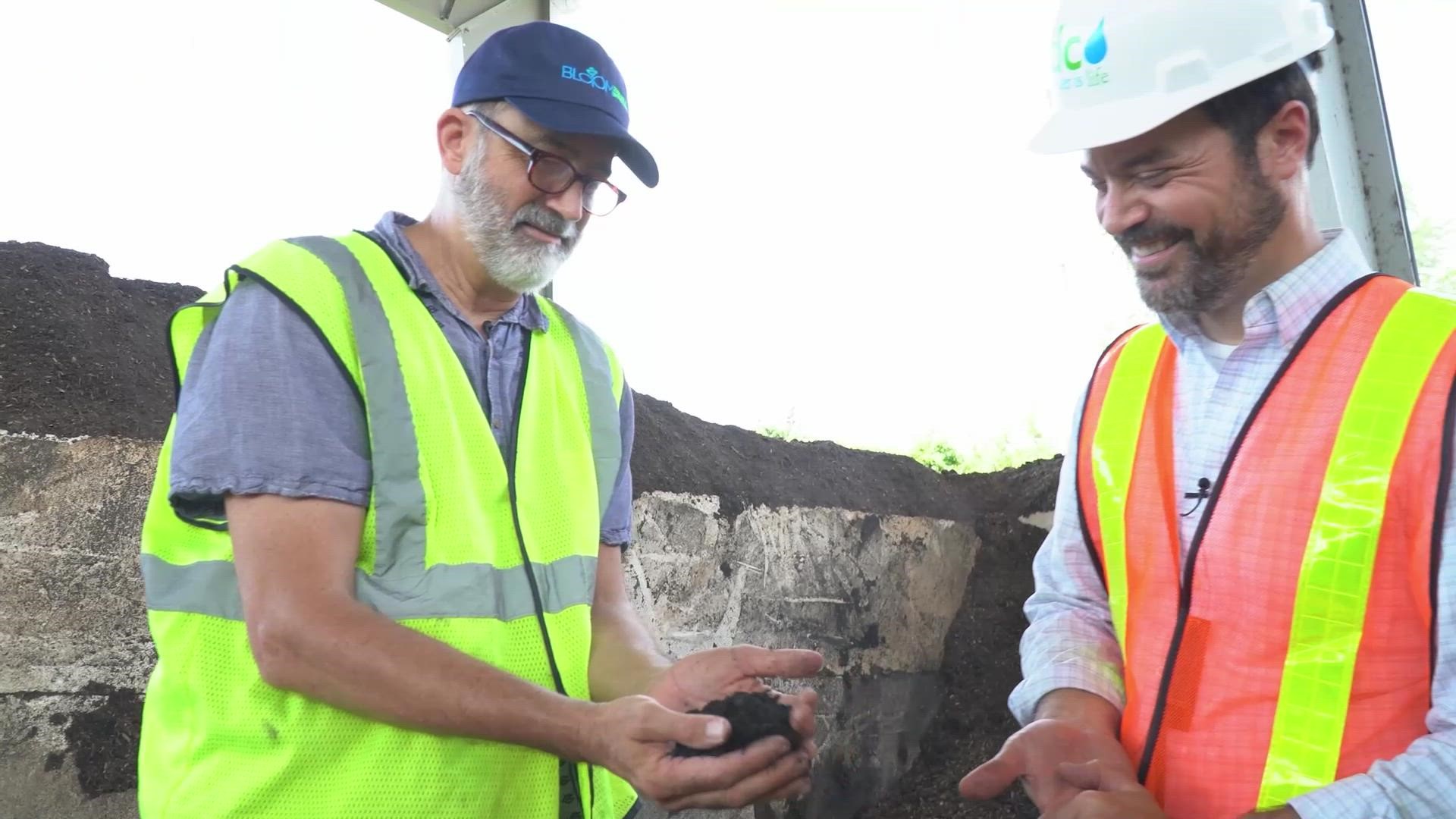 WASHINGTON — Tests conducted by the environmental group, The Sierra Club, show fertilizer used in local vegetable gardens may be high in a toxic chemical known to damage organs and suppress your immune system.

While holding fertilizer at its sprawling Southwest D.C. plant, D.C. Water Resource Recovery Director Chris Peot said, "I use it in my garden at home, we grow vegetables. I feed it to my family. I love my family. I think the rewards outweigh the very, very small risks."

Those risks, according to the Sierra Club, include exposure to a chemical known by scientists to cause potential health harm to adults and children.

The Sierra Club tested fertilizers produced by sewage treatment plants around the country for the chemical compound known as PFAS. D.C. Water created a fertilizer it sells at local hardware stores as “Cured Bloom Soil Conditioner.”

In addition to people’s home gardens, it’s used by D.C. Public Schools for their student vegetable gardens according to D.C. Water. Sierra Club tests show D.C. Water’s Fertilizer tested the highest for PFAS chemicals among several tested nationwide. More than twice as much as the second-worst from Quincy, Massachusetts.

"We share Sierra Club’s concern about these chemicals," said Peot with D.C. Water.

The Sierra Club's Lunder explained why families should be concerned about PFAS exposure.

"They’re linked to a variety of health harms, including damage to body organs like the liver and kidney and thyroid, but also immune system suppression, cancer and pregnancy problems."

PFAS stands for poly-fluoroalkyl substances. They are industrial chemicals, typically used as water repellent. You can find them in stain-treated carpets and furniture, artificial turf fake grass blades, even food wrapping to keep grease coming through paper.

But, the mystery remains. Where does D.C. Water’s unusually high amount of PFAS chemical come from? Scientists simply don’t know what the industrial source is, let alone how to stop it.

"Really, the solution is source control. We need to get these compounds out of the products that we use every day. We’d be glad to work on a campaign to do that," said Peot.

D.C. Water emphasizes the amount of PFAS chemicals found in fertilizer it sells to the public still has less of the potentially toxic chemical than the other household products previously mentioned. No studies have been done to show if the chemical used in fertilizer can pass to people’s home vegetables.

"We have to get over the ick factor because we’re all pre-programmed to be afraid of our own waste. This is human waste. A little bit of you might be in here," said Peot while holding a sample of the fertilizer.

PFAS is not federally regulated yet, so there’s no limit on how much can be in the water, nor rules on how to clean it up. The U.S. House passed the PFAS action Act. It’s awaiting a Senate vote. That would direct the EPA to treat PFAS chemicals as a toxic substance and create cleanup methods.

D.C. Water said it will continue to sell its Bloom Cured Soil Conditioner to the public, but at the same time supporting new studies pinpointing what location draining into the Potomac River is causing a nationwide-high spike of potentially toxic PFAS chemical.