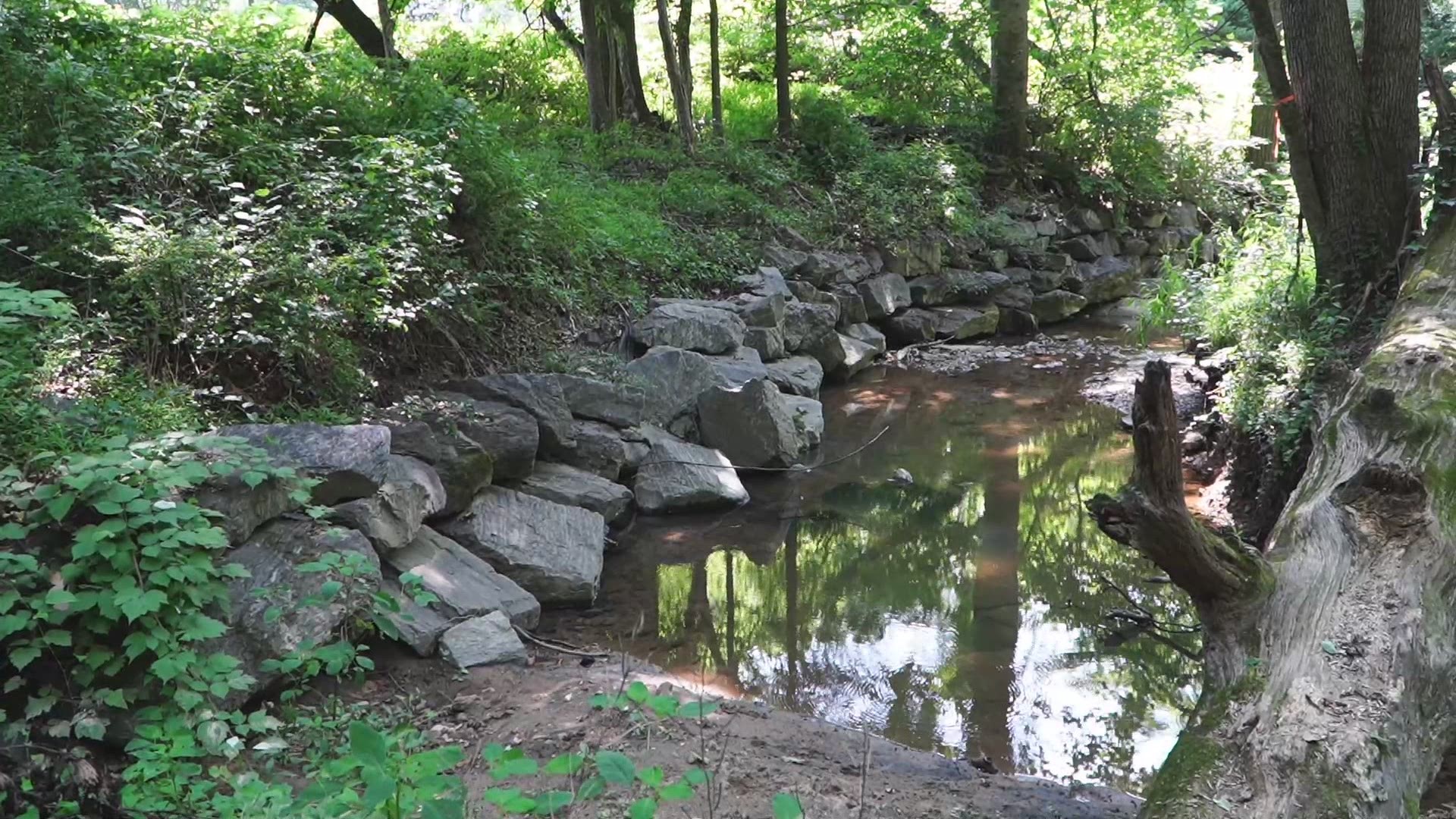 A stream runs through Gaithersburg as part of the Long Draught Branch, east of Seneca Creek State Park. To many neighbors, these five acres provide a calming refuge, but the city of Gaithersburg may choose to cut down the wooded area.

Deborah Sarabia, of the Seneca Creek Watershed Partners, said the woods make a crucial difference on a hot, summer day.

“My blood pressure goes down, my heart relaxes, my troubles go away," Sarabia said, adding that the tree canopy is an essential component of healthy urban living.

But city officials see this stream as a potential danger. Its banks cut too deep over time possibly exposing sewer pipes and potentially eroding people’s backyards while causing flooding. It wants to turn this stream into something like a past project Gaithersburg did at nearby Blohm Park.

“We’re not just checking off a box here," Gaithersburg Mayor Jud Ashman at a recent council hearing. "We’re trying to take the opportunity with these programs to do the greatest good."

Beyond the trees, neighbors are concerned for the wildlife living in these woods.

"The city says they’ll just leave and come back," Merikay Smith of the Seneca Creek Watershed Partners said. "But if you think about it, you’ve got six months of heavy equipment, dump trucks, bulldozers, totally re-engineering this area of the stream."

Neighbors propose the city focus on reducing stormwater surging through these acres by tackling urban runoff upstream rather than cutting trees. Their ideas include installing stormwater retention ponds and better maintenance of stormwater drains.

“We have an essentially non-functioning, or poorly functioning ecology in the area,” countered Mayor Ashman.

Neighbors point out a streamside shagbark hickory tree. Given its trunk diameter and how slow it grows, this tree could be 230 years old according to a recent city inventory. George Washington was president then, and even if it doesn’t end up on the list of trees chosen by the city to be cut down, nearly every tree around it could be.