Scientists and members of Congress say a chemical coming from tires on the road and recycled in children's playing fields are responsible for poisoning water. 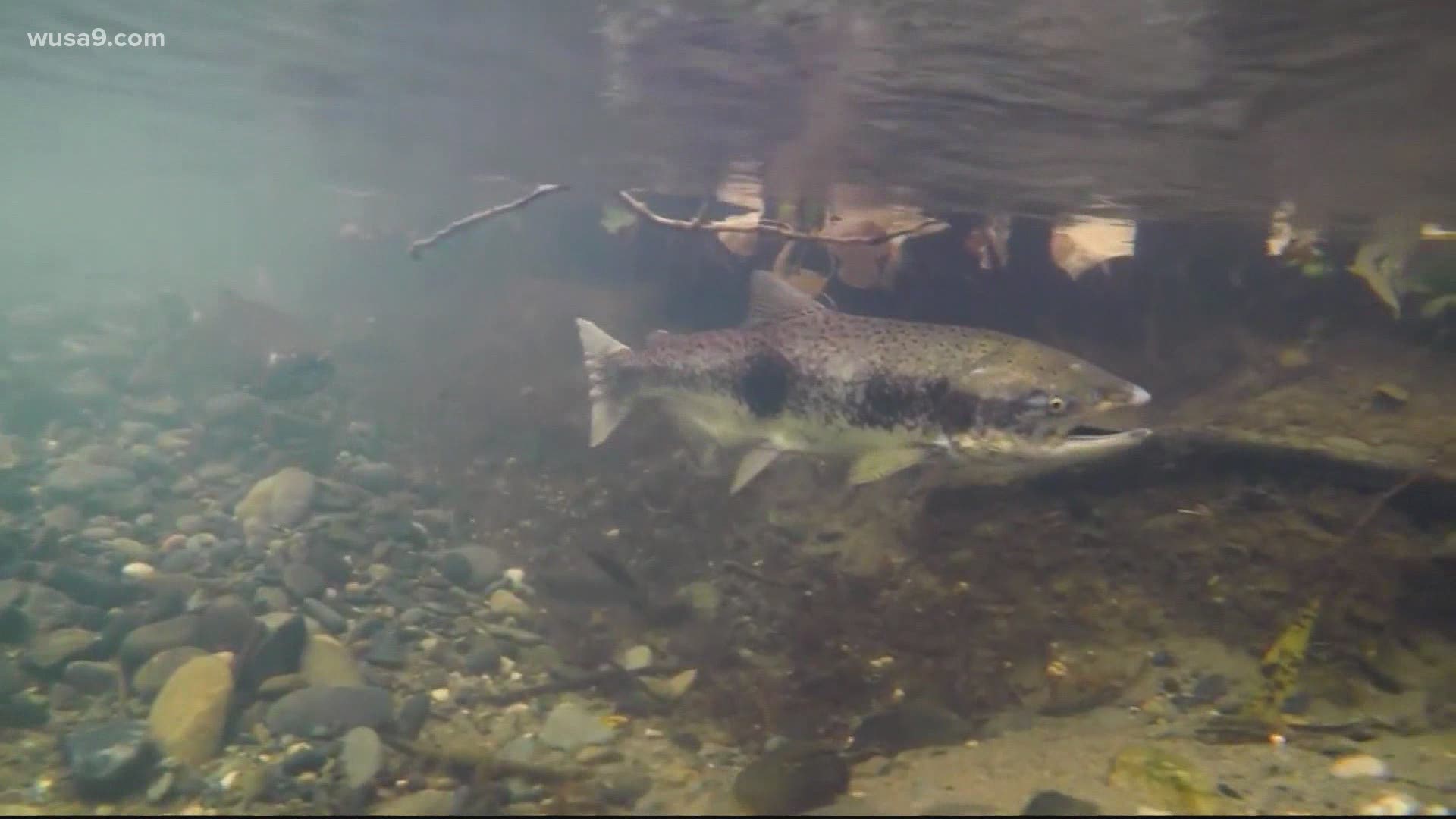 WASHINGTON — A chemical called 6PPD Quinone is what, literally, happens when the rubber meets the road. Tires are made with 6PPD to protect against ozone in the air, which can crack tires. When 6PPD eventually leaks out of the tire, it creates 6PPD Quinone, which scientists at Washington State University say leaks into streams and lakes.

In the Pacific Northwest, these scientists and members of the U.S. House Natural Resources committee say salmon and trout are dying from exposure to 6PPD Quinone.

"The salmon suffocate as their blood thickens," Rep. Katie Porter (D-Calif), chair of the House Natural Resources Oversight Subcommittee, said. "They flail on the surface in futile attempts to get oxygen."

Tires just aren’t on our roads. Lab testing commissioned by advocacy group DC Safe and Healthy Playing Fields and WUSA9 revealed elevated levels of potentially toxic lead in the rubber mats made from recycled tires underneath playgrounds in D.C. and Prince George’s county.

Both areas say they removed crumb rubber testing high for lead. 6PPD Quinone is found in recycled tires used for playgrounds and sports fields according to the Tire Manufacturers Association.

"Our members are committed to making safe efficient, reliable tires that safely transport hundreds of millions of Americans each day and are very concerned about this issue," said Sarah Amick, vice president of the U.S. Tire Manufacturers Association.

So far, no testing has been done to determine if that chemical poses a threat to children playing on these recycled tire playgrounds and fields.