'I'm often the only one in the room who looks like me' | In military, officers still overwhelmingly white

The military is starting to look at disparities in its senior ranks, which are filled with 11 white service members for each person of color. 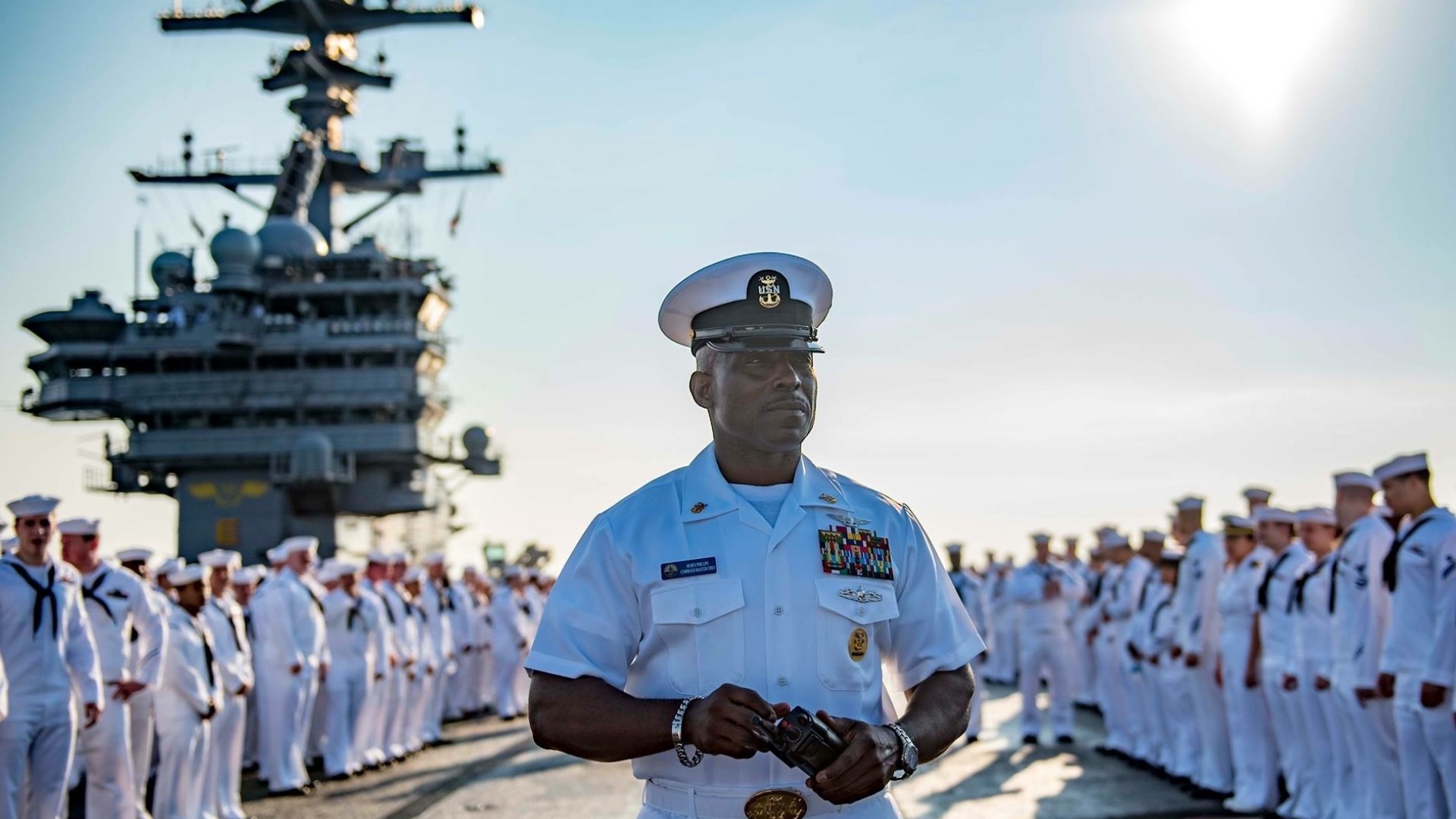 WASHINGTON — Force Master Chief Huben Phillips is the senior enlisted member of a Navy task force designed to root out bias and racial barriers. Still, as a Black man, he knows he has to think twice about every word he says on the subject.

The numbers back up Hubens' concern. According to the Department of Defense, there are no branches of the U.S. military that are even a quarter Black.

And as a service member rises in rank, those numbers decline even further.

“At the pay grade and pay scale that I’m at, I’m often the only one in the room who looks like me,” a black senior enlisted advisor in the Navy told WUSA9.

And though Phillips has risen to become just one of 16 force master chiefs in the Navy, he says race has often put obstacles in his way.

“As much as I've excelled in the Navy, I've also overcome hurdles,” Phillips said. “I have personally experienced barriers.”

Phillips says that, as much as the military is set apart from society, it is also a microcosm of it.

“Let's be clear, we are a reflection of society,” he said. “And, I know that most of our civilian constituents say, 'Well, you're in the military so you should live under a different code.' Yes, we do, but we recruit from society.”

Even the chairman of the Joint Chiefs of Staff says there's work to do.

After the death of George Floyd, Secretary of Defense Mark T. Esper created a permanent group to focus on diversity and inclusion. He also ordered photos to be removed from selection boards, which are the way the military decides who gets promoted. The goal is to take race out of the equation when making these decisions. That's because the data shows things are even worse when it comes to diversity in higher ranks.

The difference is even greater when it comes to senior officers. Almost 88 out of 100 are white, while only 8 out of 100 are Black. That's 11 times more white officers in the military

Credit: WUSA9
According to the Congressional Research Service, there are 11 times more white officers across all military branches than officers of color.

“We are not perfect,” Milley said. “We must thoughtfully examine our institution and ensure it is a place where all Americans see themselves represented and have equal opportunity to succeed, especially in leadership positions.”

That gap can lead to bigger problems, according to the nonprofit Protect Our Defenders. Retired Air Force Colonel Don Christensen explained it can impact the military justice system. The organization examined ten years of data and found more racial disparities.

“It was disappointing that it was so widespread, so consistent, so persistent,” he said.

A report from the Government Accountability Office agrees.

“For example, in three military services, Black service members were about twice as likely as White service members to be tried in general and special courts-martial,” the congressional watchdog wrote in a report.

Christensen, who also served as a military lawyer, thinks the armed forces needs to diversify at the officer level to combat these trends.

“People in the officer corps often don't understand the life experience a Black soldier or airman may bring into the service,” he said. “They might not be as understanding of any challenges that person has acclimating to the military.”

Right now, the path to change continues with conversations at the leadership level and the unit level. The chief master sergeant of the Air Force, who is only the second black man in history to be that branch's top enlisted leader, believes this will be tough.

“It doesn't matter if you're black or white, and it's incumbent upon all of us, certainly those of us in leadership positions, to create a space where people can feel comfortable talk about it,” Air Force Chief Master Sergeant Kaleth O. Wright said.

I am a Black man who happens to be the Chief Master Sergeant of the Air Force.

I am George Floyd…I am Philando Castile, I am Michael Brown, I am Alton Sterling, I am Tamir Rice.

On Task Force One Navy, Phillips thinks they have to look at recruiting.

“We have to get people who look like me and people who look like other minorities back into our communities and talking about 'Hey, this is what the Navy can offer you,'” he said. “If we don't increase our base, we're never going to reach that level of diversity and inclusion we need to have.”

He is optimistic about his picture of the end result: