Researchers say The Allay Lamp can reduce the number of migraines a person has. 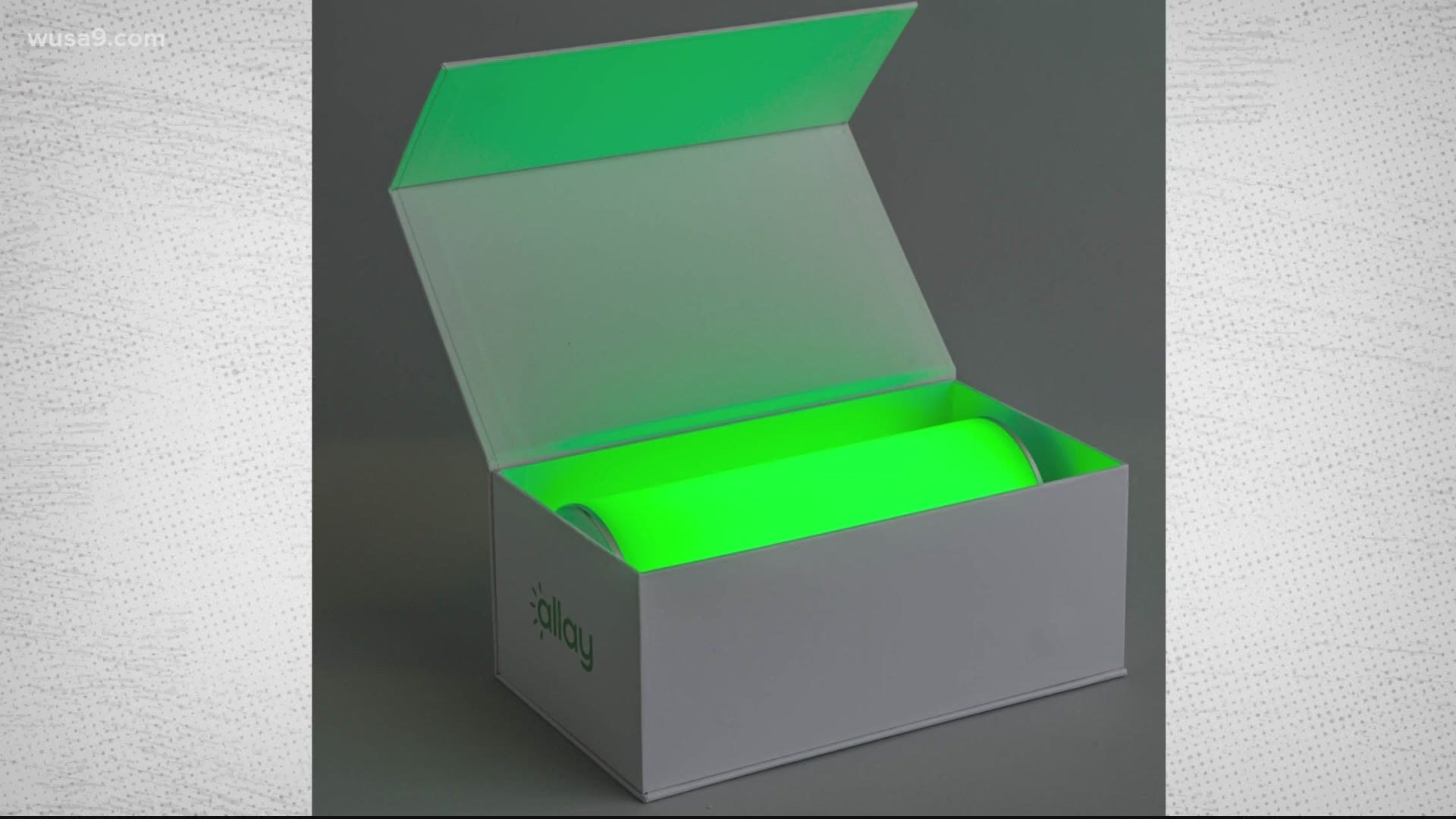 WASHINGTON — How many of you have migraines? Does it seem like you’re having more than normal these days?

Professor Rami Burstein, a professor of anesthesia and neuroscience at Harvard Medical said studies are showing an uptick in reported migraines.

Most people tend to sit in the dark to calm the tension in your head. But he and a team conducted research at the NIH, surprisingly they found using a green light lamp can reduce the tension caused by migraines. Over time, they found it can reduce the number of headaches you have altogether.

"It appears if patients give it two hours, it appears to reduce the headache significantly by 70, 80, 90%. In the many times, the headache is completely gone. If you look at the light showing in the homes now, this part of the green light is a part of any lights that you look at," Professor Burstein said.

Many of us suffer from migraines. Studies are showing more people are having them now more than ever. #Stress. This morning on #GetUpDC, we're hearing about a simple light that can reduce the tension instead of sitting in the dark. pic.twitter.com/tSI1OfxWJU

He and his team said the green light generates smaller electrical signals in the eye and the brain. Smaller signals mean a calmer brain. The Allay Lamp was created here in D.C. and is aiming to reduce the number of traditional medicine people suffering have to take.

Burstein suggests using the green lamp for at least two hours a day for the best results.

RELATED: Stroke victims are becoming younger in the US, health experts say