The drawings started on May 25 and the state gave away $40,000 per day leading up to Sunday’s grand prize in the lottery for vaccinated Marylanders. 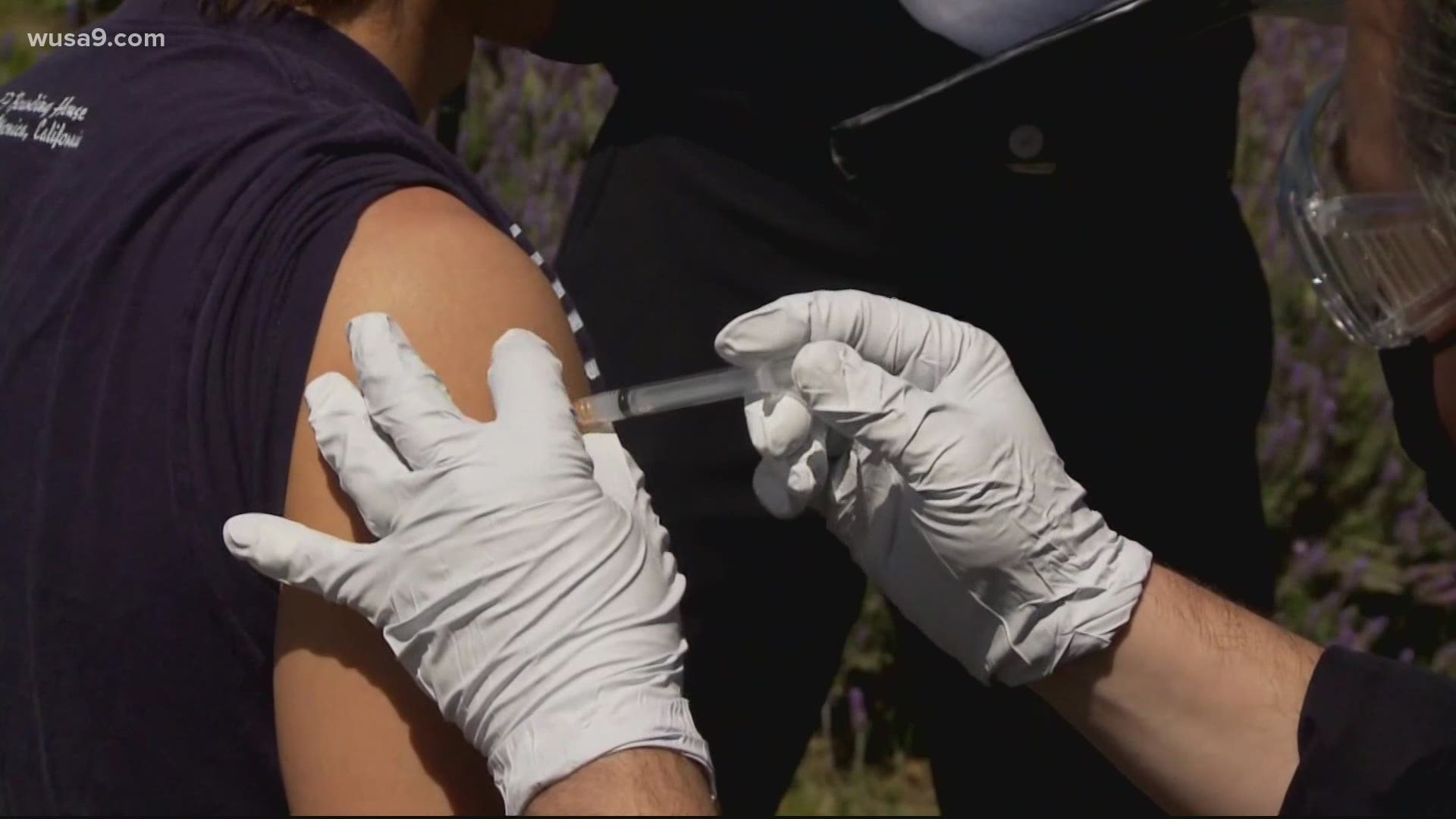 BALTIMORE — A Baltimore City resident won $400,000 in the grand prize drawing for the Maryland lottery for vaccinated people, called “VaxCash.” The state gave away a total of $2 million dollars throughout the giveaway.

The Maryland Department of Health partnered with Maryland Lottery to give away $40,000 per day starting May 25, leading up to the grand prize on July 4. The promotion was available to all Maryland residents who used their Maryland mailing address when they registered for their vaccination. Citizens had to be at least 18 years old to participate.

Tabatha Duckett, the winner in the June 6 drawing, said that after her initial surprise she was happy to have won a prize just for getting her COVID-19 vaccine.

“I don’t even play the Lottery, so this was a huge surprise,” Duckett said.

The school custodian told WUSA9 that she was unaware of the VaxCash promotion until she received a phone call from the MDH while cleaning the administrative offices at La Plata High School.

For 40-year-old eldercare professional Santana Portillo Dominguez, getting her COVID-19 vaccine was a simple decision due to her line of work.

“The patients at the center were isolated because of the pandemic, so our jobs became more important,” Dominguez said.

The winner in Maryland's June 12 drawing, Dominguez became eligible for the $40,000 prize when she received her COVID-19 vaccination at the beginning of the year.

According to the Maryland Lottery, MDH reported to the lottery how many adults were vaccinated in the state of Maryland. Using those parameters, Maryland Lotter selected a number using a random number generator. The number was then be reported to the Department of Health in Maryland, who used the randomly selected number to choose the daily winner of each prize.

In order to protect privacy, the winner's information was only shared with Maryland Lottery if they signed the "$2 Million VaxCash Promotion Authorization Form." As with the traditional Maryland lottery, winners do have the option to remain anonymous.

RELATED: VERIFY: Who qualifies for the Maryland Vaccine Lottery, and will your information be private?

The list of winners is now complete, with a total of 41. They hailed from all over Maryland, including Prince George’s County, Gaithersburg, Montgomery County and Bethesda. Click here for the full list.