Communication specialists say that how this message is delivered is equally as important as the message itself. 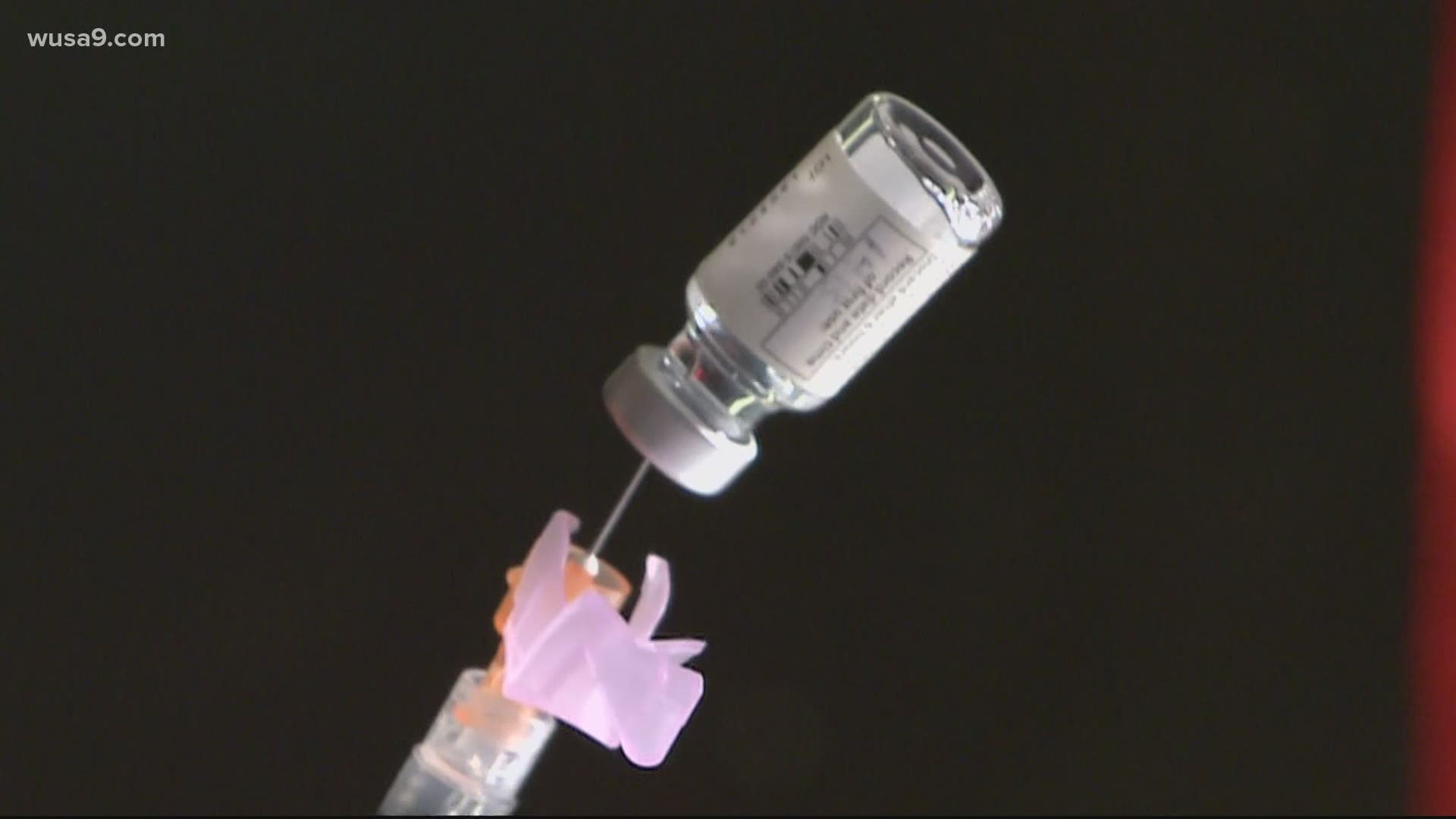 WASHINGTON — With the CDC and FDA recommending a pause in the use of the Johnson & Johnson vaccine, scientists and communication specialists say that how this message is delivered is equally as important as the message itself.

“Looking at Johnson & Johnson's release, I don't think in the way it was worded, it sounds alarms," Professional Lecturer at American University's School of Communications, Jason Mollica said. "But … you already have people still heightened because they're, you know, worried they're not going to get the vaccine, or they're worried about, you know, what are the side effects, things like that. All of that together can kind of create this cacophony of worry."

"The safety and well-being of the people who use our products is our number one priority. We are aware of an extremely rare disorder involving people with blood clots in combination with low platelets in a small number of individuals who have received our COVID-19 vaccine. The United States Centers for Disease Control (CDC) and Food and Drug Administration (FDA) are reviewing data involving six reported U.S. cases out of more than 6.8 million doses administered. Out of an abundance of caution, the CDC and FDA have recommended a pause in the use of our vaccine."

“That is a clear indication that our institutions, our public health organizations are working for us," he said. "They are making sure that we stay safe.”

The pause, however, has already deterred some people from the J & J vaccine in the future, some posted on social media. Others questioned how the company could ever emerge from this public perception.

“It's a big issue, I think that's the best way to put it," Mollica said. "How Johnson and Johnson and how the states and how the government handles this messaging moving forward, will probably do a good job in saying whether this turns into a bigger crisis.”

Moving forward, Mollica said it would help for all the vaccine companies and government officials to share a unified message amid vaccine risks and this latest news.

“You need to put it in language that is easily decipherable, easily being able to be understood by everyone from someone in grade school, potentially, to someone that's has a higher degree," he said.

RELATED: VERIFY: Risks of blood clotting from COVID-19 higher than the vaccine

Broniatowski said it's important for everyone from companies to neighbors to have empathy for people who question vaccines' safety.

“We don't want to sort of paint people as anti-vaxxers, just because they dare to raise some question. We want to answer their questions," he said. "And we want to do everything that we can to make sure that people feel comfortable with the information that they're getting.”

He said it will be critical for public health communicators to meet people where they are and listen to what they're actually saying, "rather than what we're you know perhaps afraid that they're saying."

Then, Broniatowski said it would be easier to engage in effective dialogue.