A group of teenagers in Montgomery County are working to make a difference for healthcare workers and first responders by donating hundreds of face shields for free. 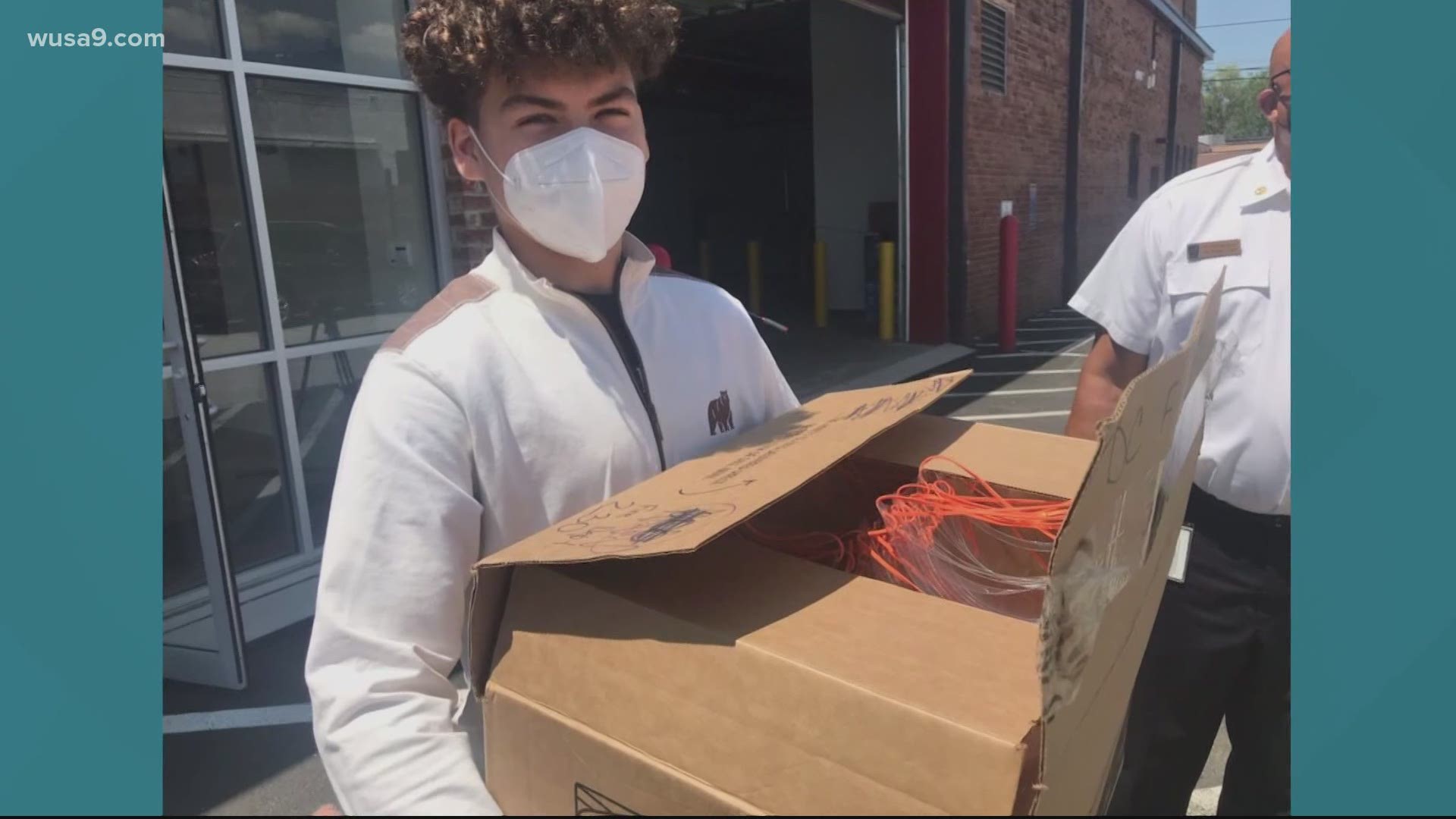 BETHESDA, Md. — A group of teenagers in Montgomery County are working to make a difference for healthcare workers and first responders by donating hundreds of face shields for free.

"We felt like there was a need for it," Jeho Otuya said.

Otuya and Storm Templeton said the donations started as a family project but expanded when there was increased demand and need for volunteers.

Templeton and Otuya got friends and classmates from the Landon School in Bethesda involved.

"This is something that actually makes a difference. It actually helps. It actually positively affects others,” Templeton explaind.

Templeton is on the tennis team at Landon School and said the project is being done in honor of their coach, Mac Jacoby, who died from COVID-19.

"I was really upset," he said, reflecting about Jacoby's death. "I know that this tennis season we’re missing out on was something that he was really looking forward to."

Templeton said that Coach Jacoby was an honorable figure in the community and just someone everyone held to high respect.

The boys and their families are donating to places, such as, free clinics and underserved organizations that may not have the same resources as larger medical facilities.

The family that started the project is taking requests from other organizations in need.

“It’s an amazing feeling," Otuya said. "When we like get the boxes and once they see the face shields we bring to them, it’s really emotional. They get emotional. They’re really grateful."

The boys and their families want to keep the project going but need money to purchase the products.