Schools struggle to get students equal access to internet during pandemic

The National Education Association calls for parents to press Congress for additional e-learning resources in the next stimulus bill, yet to be drafted. 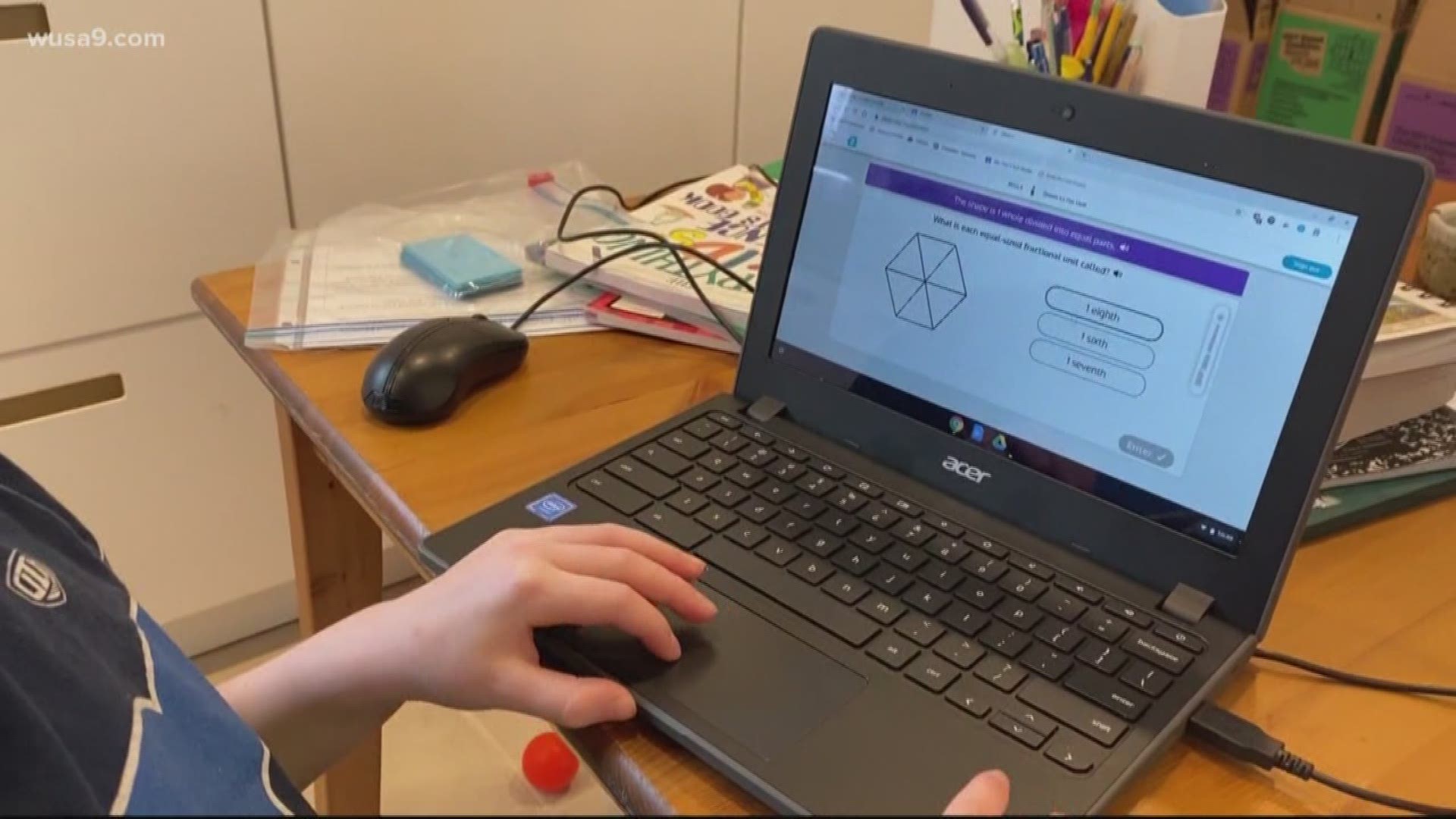 WASHINGTON — Teachers and school districts around the DMV are coming up with new and innovative ways to get students the resources they need to keep learning. Some national education experts say the federal government needs to ensure equality when it comes to students getting laptops and internet access.

"We also want to address connectivity so that we have equitable access for all of our students, so we’ve purchased 1,000 hot spots that we are looking for ways to distribute to families," Loudoun County Superintendent Eric Williams said.

D.C. still has 18,000 laptops in storage, with Chancellor Lewis Ferebee saying he plans to hand them out to high school students first, as early as next week, with elementary and middle schoolers receiving computers in the following weeks. The problem is, some families simply don’t have internet access.

"Right now, we’re working off of an iPad I have. With two students…and even if I did receive a laptop, you know, we’re borrowing someone else’s WiFi right now,” Shavon Collier, a D.C. mother of two, said.

WUSA9 was first to report a push by the Washington Teacher’s Union Tuesday night that studio facilities typically run by students at Eliot-Hine Middle School in Northeast Washington will be converted for teachers to broadcast taped lessons for free on TV, starting Monday.

The broadcasts will air on "MyNetworkTV" affiliate WDCA-TV, Channel 20. According to the WTU, each day of the week will feature a 30-minute lesson aligned with district learning standards for a particular grade group. Mondays will be for early childhood learners and first graders; Tuesdays will be for second and third graders; Wednesdays for fourth and fifth graders; Thursdays for sixth, seventh and eighth graders; and Fridays for ninth through 12th graders.

"We’re still working to try to secure these wifi hotspots and we’re working on that as fast as we can," Mayor Muriel Bowser said Thursday.

The National Education Association’s Vice President Rebecca Pringle said her organization is watching to see if students across the country have access to laptops and internet access regardless of race or income level. They are grading internet access equality using "racial equity impact assessments."

"When we have Pandemics or natural disasters, then light shines on those gaps and they are exacerbated."

The NEA hopes to rally parents behind the cause of equality for student online lesson access.

"We hope that your audience will join us in fighting, when we go for that third stimulus package -- which we know will come -- that it includes the billions of dollars we need for e-education so we can supply those hot spots and computers, laptops, for those students we know don’t have them," Pringle said.