DCPS said it has 18,000 laptops available. Starting next week, they'll hand out some to high school students. 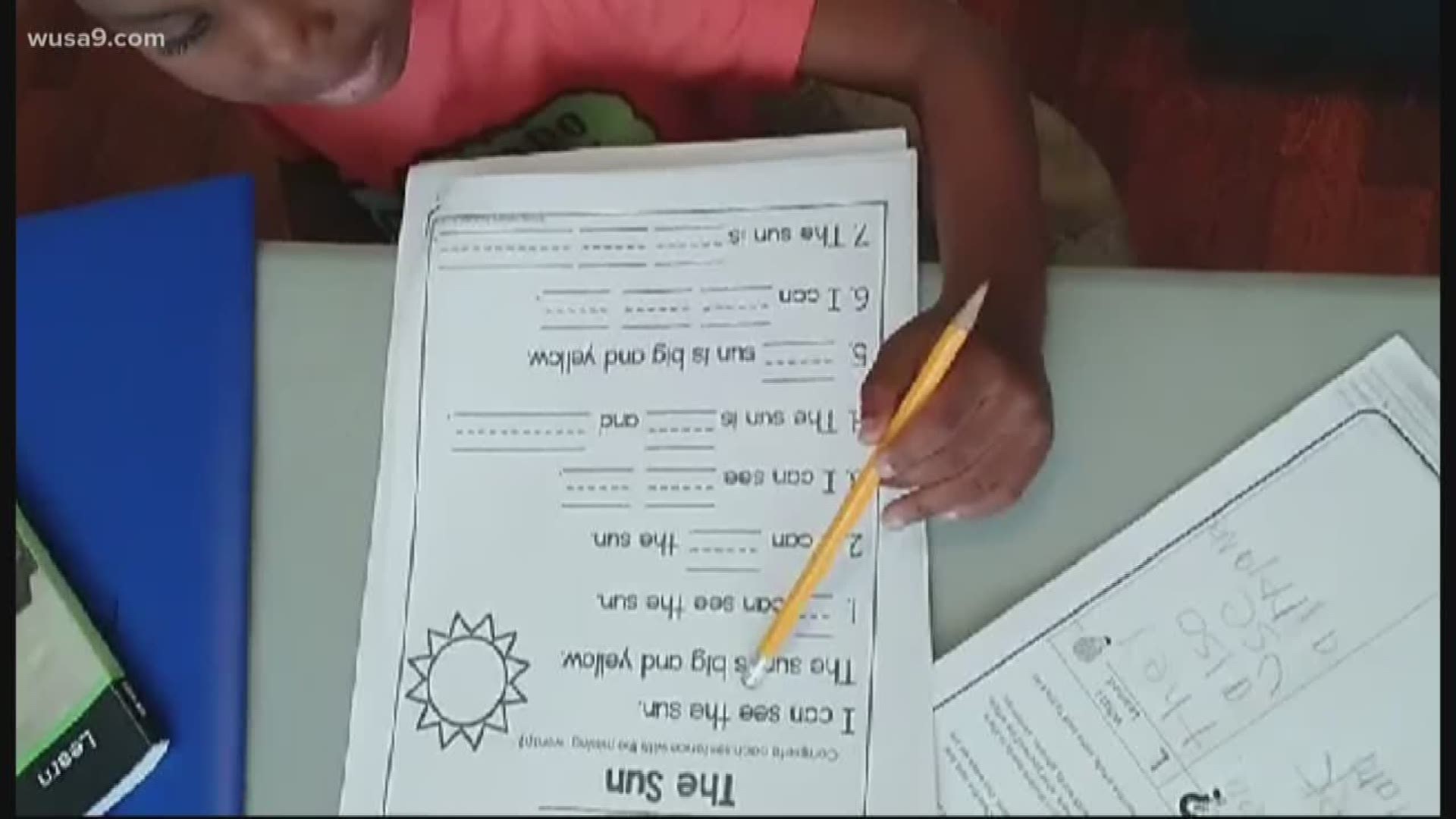 WASHINGTON — Tuesday marked the first day of distance learning for D.C. Public Schools students. Some parents are concerned their kids won't have the resources they need to succeed.

With D.C. schools remaining closed for at least the next few weeks, Shavon Collier now has to teach a kindergartner and fifth grader from home – a role she never expected to have.

She said her oldest has multiple learning disabilities, like ADHD, which further complicates the process.

Add one more layer to her hurdles: Collier said her family only has one iPad to share.

"And, even if I did receive a laptop, you know, we’re borrowing someone else’s WiFi right now," which is often quite slow, she said.

Mayor Muriel Bowser and DCPS Chancellor Lewis Ferebee announced Tuesday that they started a D.C. Education Equity Fund to make sure all students have the resources they need. Thanks to multiple donors in the city, the Mayor said the fund has already reached $1 million.

The Chancellor said the district has 18,000 laptops available for students enough to get one to all who need one. He said they will start distributing them to high schoolers without devices next week.

He also said about 30% of students in the district do not have access to a device or WiFi at home.

When asked about the timeline to get devices to all students, the Mayor said she could not specify.

“I think that we would be over-promising if we said that we were going to close the digital divide in the middle of a global pandemic," Mayor Bowser said.

“I don’t know how you expect our students to be ready for the next grade. I have a fifth grader," she said. "She’s entering middle school next year. How am I going to get her ready by myself without the resources that she needs?”

Both of her students attend Ketcham Elementary School in Ward 8. She said the principal offered to provide laptops to parents who could put down a refundable deposit of $30.

Collier, who works in the restaurant industry, said she's out of work now with businesses shut down, so she can't afford it. A spokesperson for DCPS told WUSA9 that the principal will work with families who can't put up the money right now.

In response to D.C. leaders' announcement, the Washington Teachers' Union put out a statement demanding laptops be delivered to all students who need them:

“DCPS must release all of its laptops immediately that currently are in storage so that all children who do not have computers at home can participate in online distance learning. It is outrageous that Chancellor Ferebee has decided to only provide available laptops, currently intended solely for testing, to high school students as if students in the lower grades don’t matter. There is wide inequity in our city, with our more advantaged students able to have their own computers, while low-income children don’t have that luxury. This is an opportunity for DCPS to close the gap right now.”

Collier said distance learning is a work-in-progress, but she is determined to make sure her kids receive an education. She said she hopes the district will support her.

“I know our health is more important, but we still need those resources and that help to help us all get out of this, especially our school children," Collier said.