Nats get green light for home games, but no fans allowed yet

The owner of a restaurant across from the stadium hopes some fans can return soon. 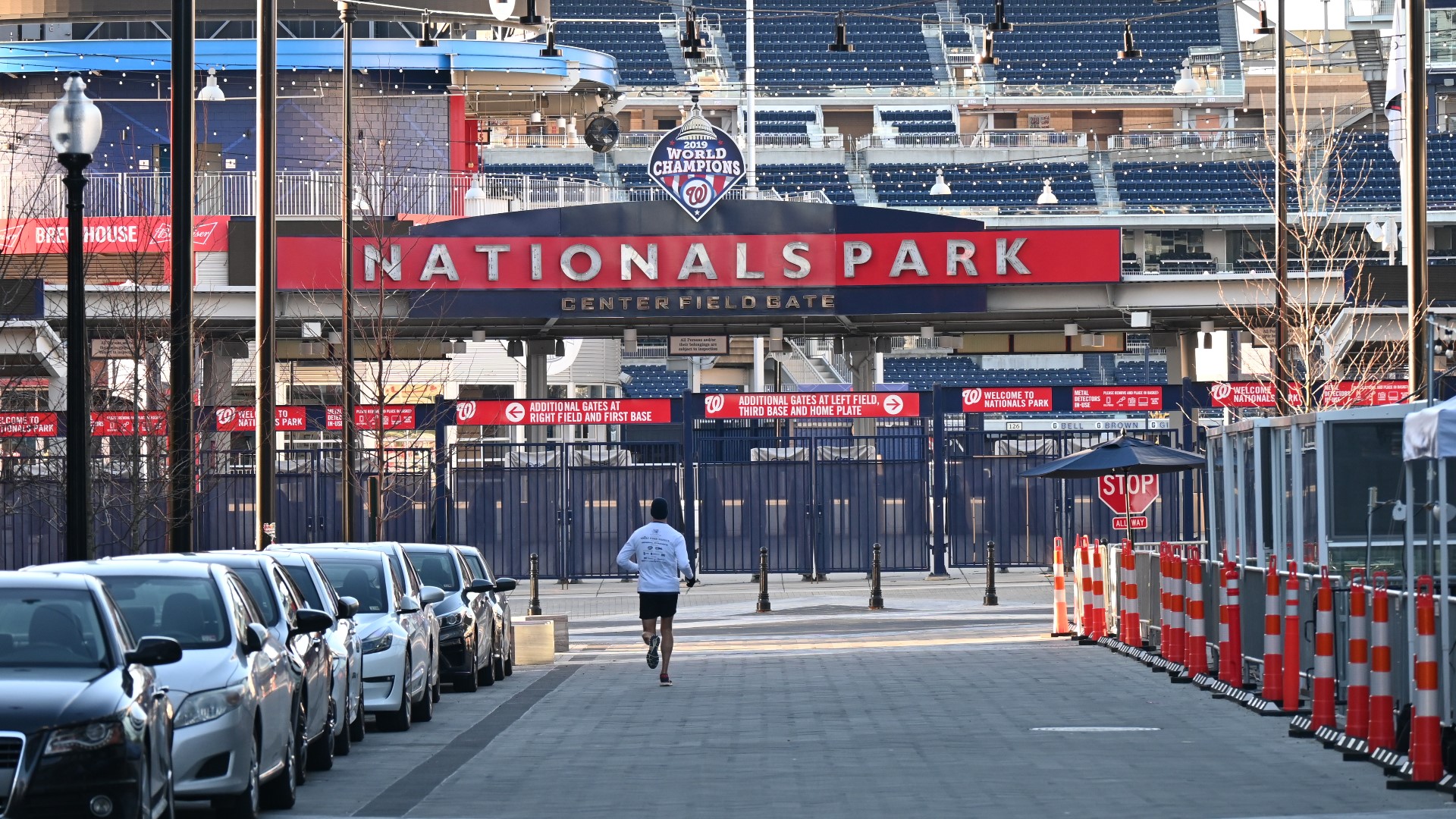 WASHINGTON — D.C. Health officials this week gave the Washington Nationals the go ahead to play their home games at Nats Park this season. Fans, however, will not be allowed in the stands.

At least not yet.

"We're excited at the possibility of having fans back in the park," he said. "There's nothing like the energy of a baseball stadium on game day. Warm weather, cold beer, tens of thousands of fans."

Despite health officials' current decision, Brogan's vision of at least some fans back in the stands is possible in the future -- though by no means guaranteed.

That possibility hinges on a promise by D.C. Health officials to revisit their decision to keep fans out as the district's COVID-19 metrics evolve.

Washington Nationals approved to play games at Nats park but WITHOUT fans!

That reevaluation, they said in a letter to the team this week, could happen later this month.

In that same letter, city health officials say they're "assessing the prevalence and impact of new, more transmissible viral strains on the progress we are making through our various public health measures."

"I'm hoping that, you know, within the next few weeks they revisit," he said at a press conference.

Brogan says the fans are a special part of the neighborhood, but aren't the most important part of his business.

He says one of the biggest keys for keeping Mission Navy Yard afloat through COVID-related capacity restrictions and a fanless 2020 baseball season was his location in a booming section of Navy Yard.

Location is key for his restaurant: the growing Navy Yard community helped carry it this far through #COVID19 @wusa9 https://t.co/b77F9yZGgc pic.twitter.com/Ypl9lDa9nh

"Other restaurant owners say 'it must be great for baseball season,'" said Brogan. "We always say 'it's incredible here all the time,' because there's apartments going in left and right. Above us, 400 apartments. Next door, 1,000 apartments."

Still, make no mistake, when it's possible, Brogan is eager to see those COVID-19 restrictions eased and fans back in the park.

"I think it's only going to get better," Brogan said. "We just need everyone to get vaccinated so we can do this safely."

RELATED: 'He's the face of the Nationals' | Ryan Zimmerman gets ready for his 16th season with Nationals

If city health officials do revisit their decision, they have some time to do it before the 2021 season opener.

Unlike last year, the league plans to play a full 162-game schedule.

D.C. Health officials wrote this week that they’re looking forward to getting fans back into the stadium, but said it’s still too soon to say when that can safely happen or how many might be allowed.