Nationals to play games at Nats Park without fans, for now

DC Health Director tells Nationals decision to allow fans at games could be reconsidered later this month based on COVID-19 metrics. 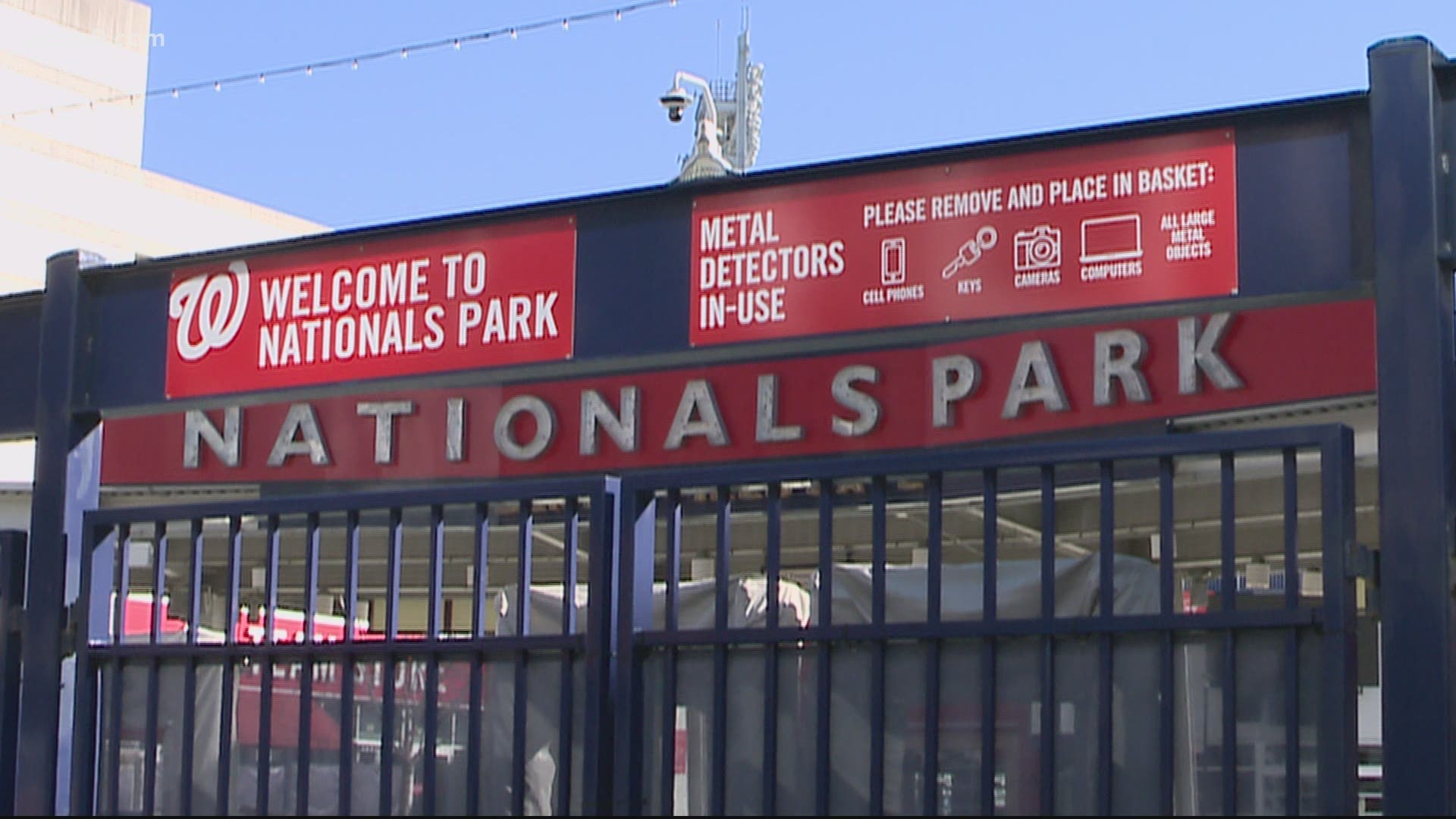 WASHINGTON — Washington D.C. health officials have approved a request submitted by the Washington Nationals to play home games at Nationals Park for the 2021 season.

However, it will be without fans, for now.

The Government of the District of Columbia, Homeland Security and Emergency Management Agency, sent a letter to the team Tuesday about the approval.

DC's Health Director said the decision to allow fans could be reconsidered later this month based on COVID-19 metrics.

“We are looking forward to fans returning to Nats Park. Answers as to how many and when are still premature,” HSEMA Director Christopher Rodriguez wrote in the letter to Nationals leadership.

"I'm hoping over the next few weeks they revisit," Manager Davey Martinez said. "I said it before, we miss our fans. They're the 27th man. We want them in the stadium. It would be nice to get them in there for opening day."

Washington Nationals approved to play games at Nats park but WITHOUT fans!

RELATED: 'He's the face of the Nationals' | Ryan Zimmerman gets ready for his 16th season with Nationals

On opening day, the team raised their 2019 World Series banner at Nats Park in a empty stadium.

The Nationals are scheduled to open their 2021 season at Nationals Park on April 1st against the New York Mets.