Montgomery County may allow alcohol to be consumed in some parks

The Parks Department is hoping to help restaurants by allowing patrons to drink alcohol in some county parks, as part of its Picnic in the Park initiative. 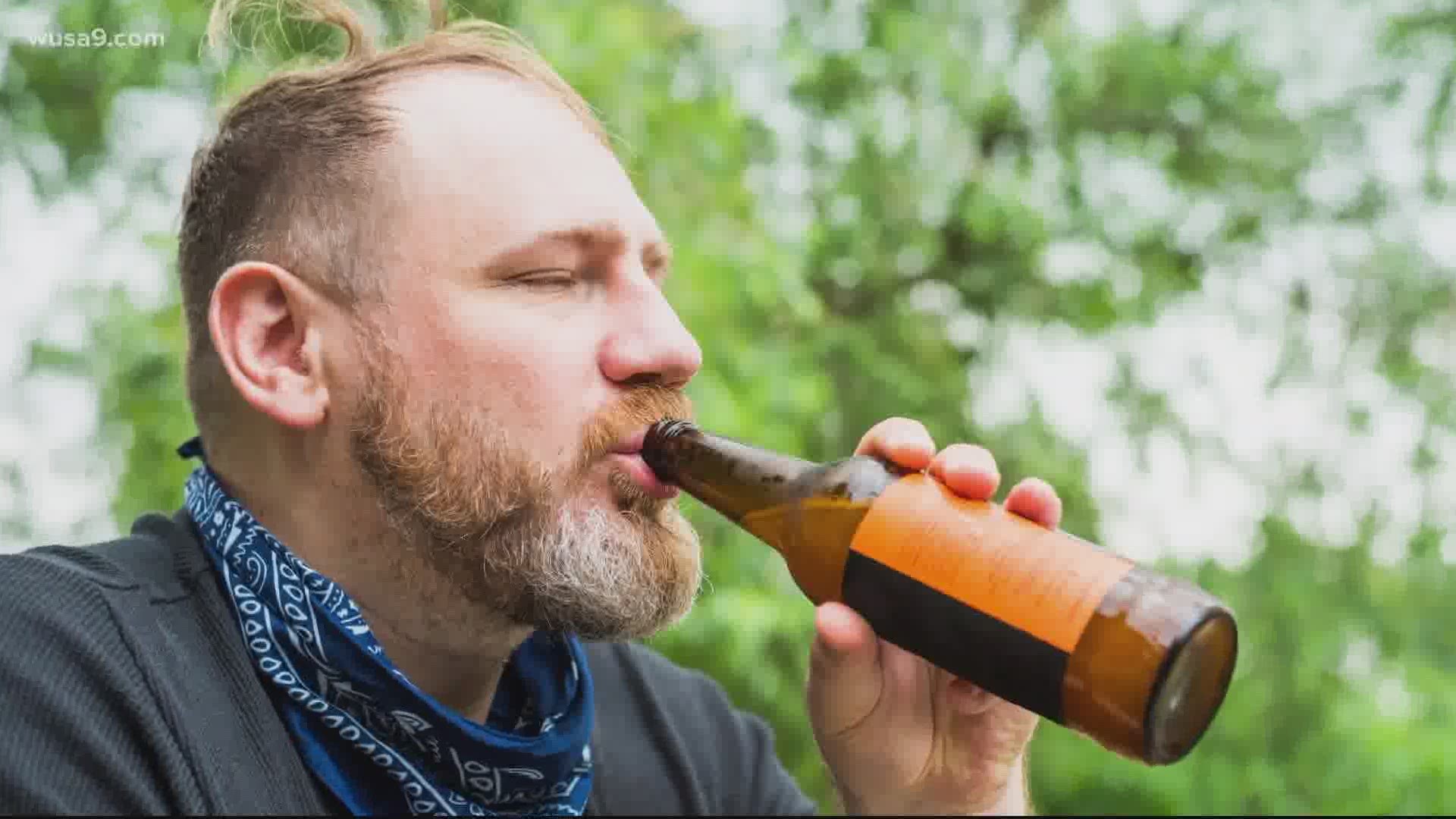 SILVER SPRING, Md. — Restaurant patrons may soon be able to imbibe in some Montgomery County parks. The Parks Department and Visit Montgomery started a "Picnic in the Park" program a few weeks ago, to allow people to order food to be delivered directly to a park.

“We really want to support those restaurants," Montgomery County Parks Director, Michael Riley said. "We know people sometimes enjoy having a glass of wine or beer with dinner. Under our current rules, it is not permissible to have alcohol in the parks. In nine designated areas we’re going to try a pilot and rescind that rule and hope that goes well.”

Riley said they added more seating areas to the nine parks they chose as part of the pilot -- all in more urban areas, close to restaurants -- and set up instructional signs.

Customers can scan the QR code on the sign to be directed to a list of participating restaurants, and order right there.

So far, Riley said about 150 people have taken advantage of the program, but he said the number has been growing. He hopes allowing alcohol consumption will boost participation numbers.

“I can’t say we’re bailing out the restaurant industry at this point, but we really hope to make a meaningful difference," Riley said. "And we want people on our property.”

What are your thoughts?@MontgomeryCoMD is considering allowing people to drink alcohol in some parks, in the hopes of helping restaurants recover.

It's part of @MontgomeryParks' new #Picnic in the Park program, which offers food delivery to parks.

Learn more on @wusa9 at 11. pic.twitter.com/dWJVIS6Ceh

“I’m excited to be able to have people drink in the parks, because it’s more potential customers that will come buy our beer and take it with them on their picnics," Verratti said.

She said the pandemic has forced Denizens to get creative to stay in business.

So, they expanded their direct to consumer delivery and just started a new trading arm to sell goods from other local makers.

She hopes some lessons learned during the pandemic carry through once it's over.

“This country has had a very weird history when it comes to alcohol and its relationship to regulations and prohibition, so I think the flexibility that’s been created because of covid, and there was an absolute economic need for these flexible regulations to be curated, is indicative of sometimes these regulations -- what was the use of them,"Verratti said. "And I’m truly hoping that the government makes these regulations permanent, because this pandemic is physically going to last until we get a vaccine, but the economic impact and what it’s done to this country and small businesses especially is a disaster, and we’re going to be feeling this impact for years to come.”

The Montgomery County Planning Board will be voting on the initiative next week, with a listed start date as September 17 if the Board adopts it.

The directive expires on May 31, 2021, with the option to extend for another year.

“It’s a pilot, and we will carefully monitoring everything," Riley said. "If people are behaving and having a good time, and we’re supporting our restaurants, I don’t know why we would end it.”

He said Park Police will be monitoring each of the parks to make sure participants are obeying all laws.

Riley said the county has a total of 422 parks. These are the nine the department has chosen to pilot the directive: