Governor Northam's office said it is getting involved, as the private evangelical university refuses to close during the coronavirus pandemic. 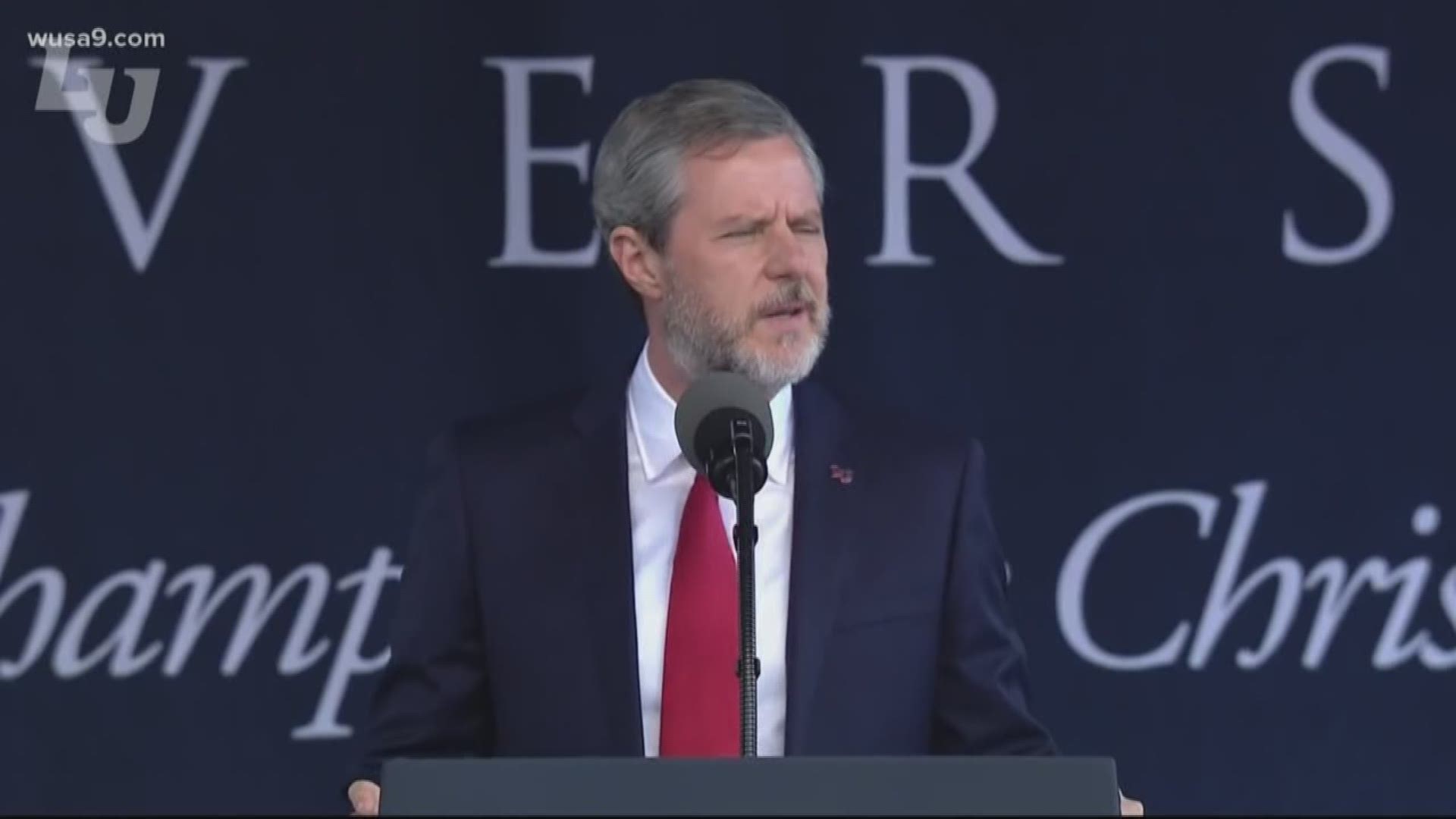 The governor’s involvement comes as Virginia leads the number of COVID-19 deaths across the region, now totaling seven. The number of fatalities from the virus across Maryland, the District and Virginia total 13.

In an official post from Liberty University’s news service, Falwell said the school remained open so students would have a smaller chance of becoming exposed to Covid-19.

"The decision came down to whether to extend [spring] break and risk students having a longer time to become exposed to the virus," the online post read. "Or to put everything in place in time for their return.

RELATED: Virginia working to ensure all students on track will graduate, get diploma

RELATED: LIST: Here's what is open and closed in Virginia

The rationale has failed to impress or assuage public health concerns in Richmond. Yet officials would not confirm if Northam flat-out asked for the university to close.

"The Governor is concerned by these reports, and members of the administration have already spoken directly with Jerry Falwell Jr.," Northam spokesperson Alena Yarmosky said. "All Virginia colleges and universities have a responsibility to comply with public health directions and protect the safety of their students, faculty, and larger communities. Liberty University is no exception."

Northam’s Executive Order 53 currently bans gatherings of more than 10 people across Virginia. Violations may be punishable by a class 1 misdemeanor.

Liberty has moved all instruction online, with the exception of some programs and labs, the university said.

The university’s news service said the institution would keep residential dorms open, so students could take classes online and "use the campus dining services that they paid for."

In describing the students who returned, Falwell said, "they were talking about being glad to be back. I was joking about how they pretty much had the whole place to themselves, and told all of them to enjoy it."

Dining facilities maintain a 10-person maximum, the university said, and were found to be in compliance with a state health inspection administered Friday.

The faith expressed by Falwell remains in sharp contrast with a Liberty associate professor of English, who wrote an op-ed published by the Washington Post Monday.

"It’s time for the Liberty University Board to stop [Falwell] and shut the campus down before it's too late," Marybeth Davis Baggett wrote. "These leaders may think they are helping the institution, but in fact, they are sowing the seeds for its devastation."