After Mayor Muriel Bowser opened up vaccines for those 65+ on Monday, appointments filled up quickly. Now, new appointments are available for Wards 1,4, 5, 7 and 8. 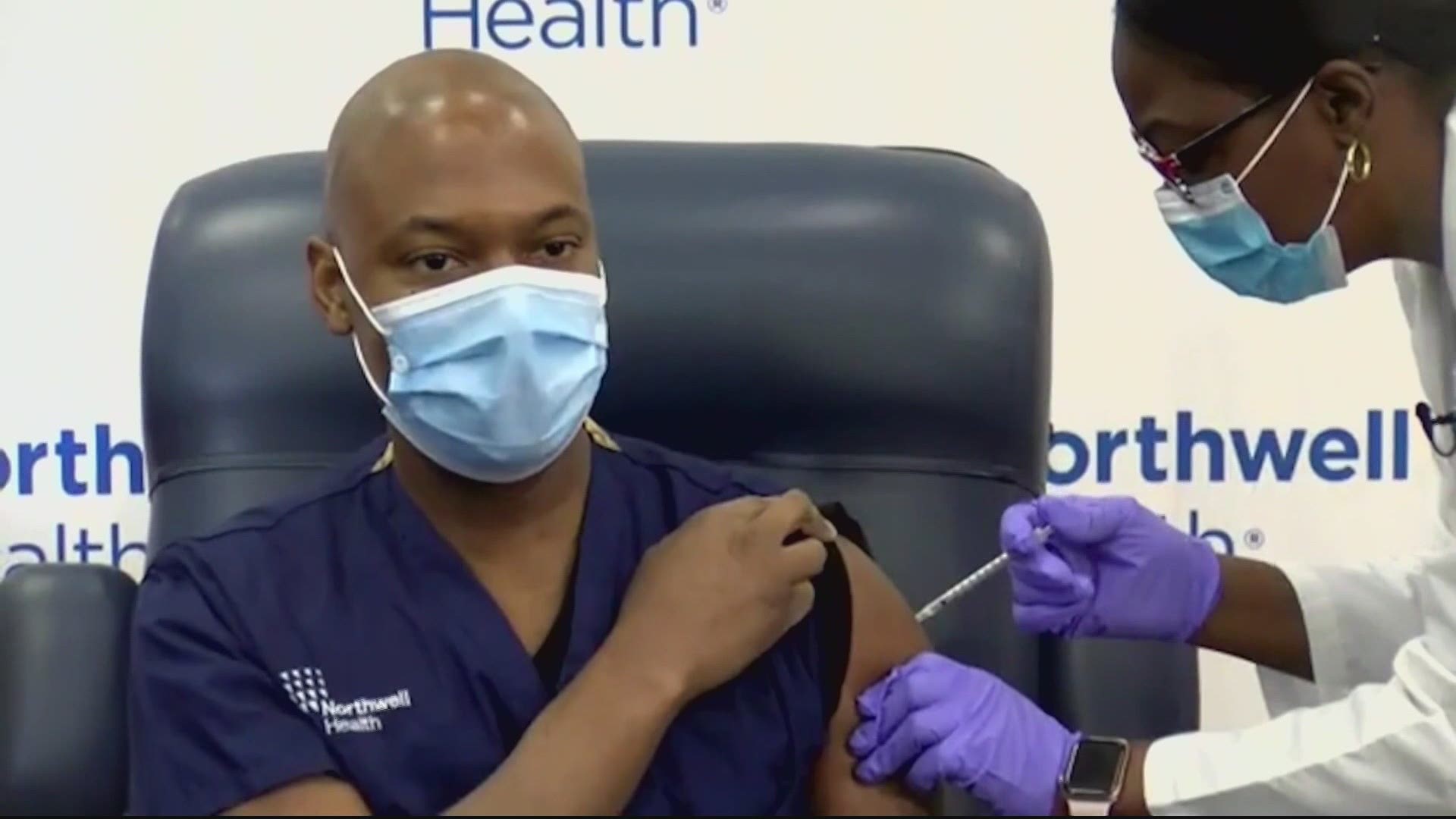 WASHINGTON — Seniors from select D.C. wards will now be able to schedule COVID-19 vaccinations, as additional appointment slots have opened up in the District.

DC Health says 4,309 vaccination appointments will become available at 9 a.m. on Saturday, Jan. 16 to anyone 65 and older in Wards 1,4, 5, 7 and 8; residents of those wards who work in health care are also eligible for the appointments.

The effort comes after calls for vaccine equity were heightened following D.C. Mayor Muriel Bowser's announcement that vaccines were now available to seniors over the age of 65.

"I know many of our seniors are eager to get this vaccine," Bowser said. "It has been a long 10 months. For many seniors, it has been very isolating and frightening, and people want to work together to get our community past this."

All of the available appointments were booked within a matter of hours, leaving many D.C. residents frustrated.

“I was absolutely shocked with how quickly they booked up,” Sheila Brown, a Ward 7 resident, said.

Brown said she logged onto D.C.’s vaccine portal shortly Bowser's announcement Monday, but by the time she was on, all 6,700 appointments for the week were filled.

Frustrations flared again on Saturday, after the portal reopened, with reports that there were some technical issues signing on. The issue was quickly resolved by DC Health.

.@_DCHealth reports that the issue has been fixed and appointments are now back online. https://t.co/c2XStC0ReZ

RELATED: 'People with resources should not be favored in this process' | Vaccine distribution ignites equity concerns

Since Monday, many took to social media to vent their frustrations about the portal and to government officials. Wards 1,4,5,7 and 8 were found to have had the lowest numbers of people sign up for the original appointments.

One of those officials was D.C. Ward 5 Councilmember Kenyan McDuffie, who helped lead the initiative for increased access. McDuffie said the new system will help provide crucial vaccination slots to some of the District's most vulnerable populations.

"This new Ward-based approach will help ensure residents with the greatest risk have access to the vaccine," Councilmember Kenyan McDuffie said. "Thank you Dr. Nesbitt for responding to my request and thanks to all the constituents who brought this issue to my office's attention."

On Monday, Jan.18, at 9:00 a.m., an additional 1,436 appointments will become available to any D.C. resident who is 65 and older or any individual who works in a health care setting in D.C.

Statement from @kenyanmcduffie: "This new Ward based approach will help ensure residents with the greatest risk have access to the vaccine. Thank you Dr. Nesbitt for responding to my request & thanks to all the constituents who brought this issue to my office's attention." @wusa9 pic.twitter.com/9X37OAZVUO

The vaccine is free, according to Bowser.

"When receiving the vaccine, residents will be asked to provide their health insurance information, but no one will be charged a co-pay," a release from Bowser's office said. "Those who do not have health insurance will still receive the vaccine at no cost."

D.C. isn’t yet reporting how many people have received the second dose, but its weekly vaccine update does show the city has administered nearly 60% of the doses it’s received, which is better than the vast majority of states (although, of course, D.C. is not a state).