UMD investigators now hope their trial participants will encourage their neighbors to get the vaccine when it's available to them. 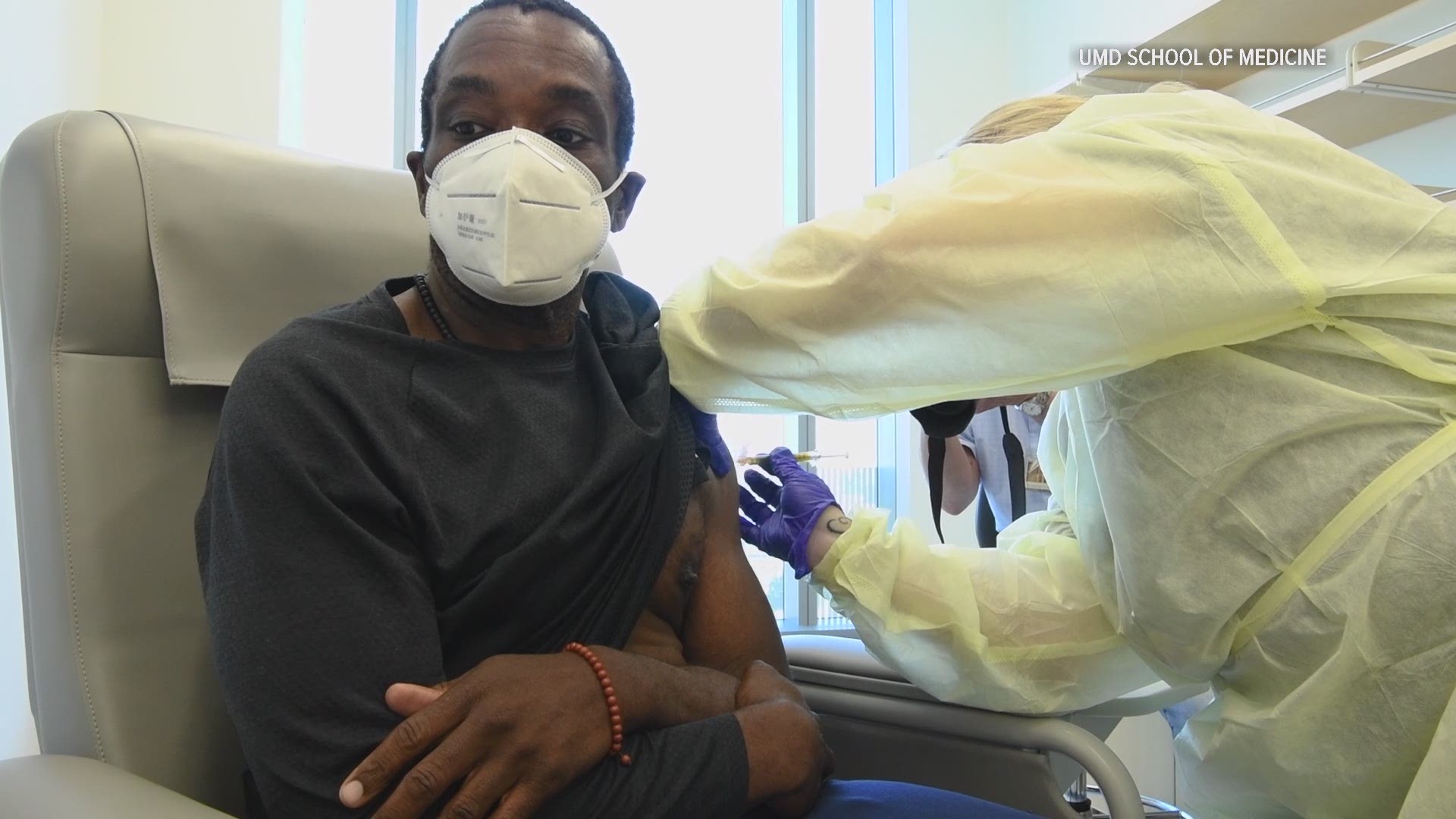 BALTIMORE — As clinical trial investigators at the University of Maryland School of Medicine celebrated the FDA's approval of the Moderna COVID vaccine, they now look to vaccinate participants who originally received the placebo as part of the first trial steps months ago.

Principal investigator Dr. Matthew Laurens said the goal is to retain participants, so they can continue to study the effects of the vaccine for the next two years.

He said his team at the UMD School of Medicine handled about 450 participants in their clinical trial, half of which received the vaccine, half of which got the placebo.

Dr. Laurens said during the FDA's advisory board hearing Thursday, Moderna representatives said several of their 30,000+ participants had already dropped out of the trial, so they could get the Pfizer vaccine. He said 25% of the company's participants were healthcare workers and therefore be the first to be offered a vaccine.

“How are we going to generate data over two years if our clinical trial participants are dropping out?" Dr. Laurens said. "So, we really need to do our best to retain these participants. To do that, we need to bring them in quickly and give them the vaccine. Otherwise we’ll continue to lose them.”

Dr. Laurens said during the advisory board meeting, another person suggested continuing the trial as a double cross-blind study, in which investigators would bring back all participants and give them the opposite substance they received originally. Therefore, participants would not know if they originally received the vaccine or not, but trial leaders could continue to study its effects.

Dr. Laurens said that presents multiple challenges, like getting all participants to sign on to this and prefers "unblinding" participants, or telling them which solution they received. Then, they would quickly invite those who got the placebo to return and get the vaccine. He said investigators would still monitor them for two years after they receive the two doses.

“These participants not only were they coming to receive a vaccine that we didn’t know a lot about. But they also took a risk. Because they basically assumed the risk that we don’t know about the potential side-effects of the vaccine. They agreed to participate," he said. "They agreed to be assigned a placebo or a vaccine in order to help us generate data that is very important to determine efficacy of this vaccine product. So all of this risk they took on to themselves and they really stepped out among their peers and said I want to contribute to this vaccine effort, so there is really an ethical responsibility we have to them, if we can offer them a vaccine, it is something we should do.”

Hosting a vaccine clinical trial could also pay dividends for the local community, according to Dr. Laurens.

“The participants who have been vaccinated they can actually help us spread the word about vaccination and its importance," he said. "We’re more likely to listen to people in our own circles rather than so-called experts. So I think they could help increase the potential for others to become willing to be vaccinated.”

He said the more people who get the vaccine, the more of our neighbors we can protect, the sooner people can return to work, and thus revive life as we remember it.