Maryland, Virginia among states getting less COVID-19 vaccine than expected

The states say Operation Warp Speed told them they'd be receiving fewer doses than estimated, but didn't provide a reason. 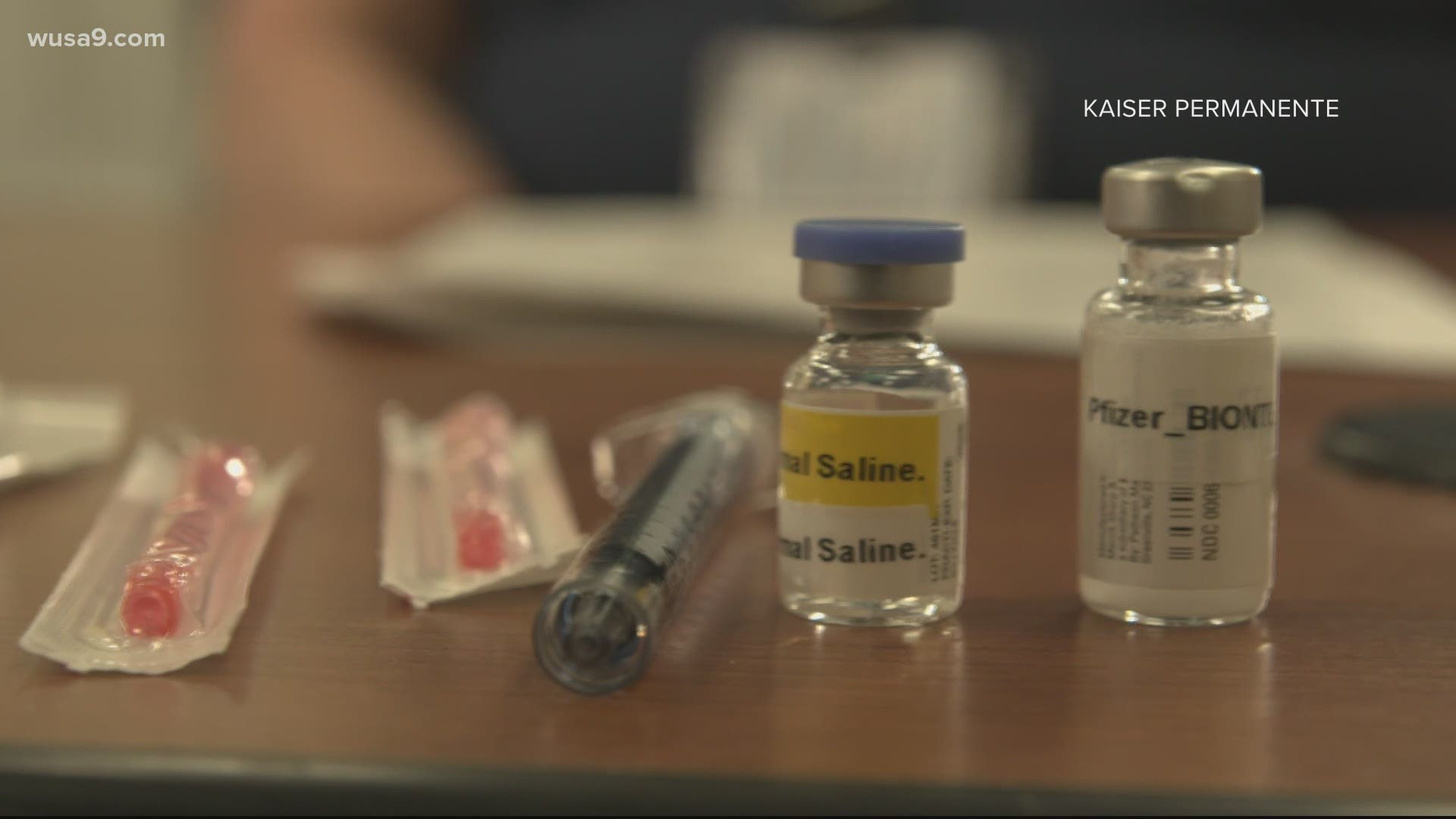 WASHINGTON — Health officials in DC, Maryland, and Virginia are reworking their vaccine plans after learning unexpectedly Thursday that they could be receiving fewer doses of the coronavirus vaccine.

The states were informed by Operation Warp Speed – which for the moment is coordinating all vaccine shipments between manufacturers and states – that the next round of vaccine shipments will likely be smaller than expected. In Virginia, health officials say they’re now planning to receive only 370,650 of the 480,000 doses they were expecting by the end of the year.

“They didn’t. At least not a specific reason,” Dr. Forlano said. “I’m hopeful that moving forward as these products become shipped and used, we get a better understanding of uptake, hopefully more manufacturers will come on board, and eventually the supply and demand will balance itself out. But right now it makes sense we’re having to prioritize the groups that are most at risk, certainly our health care workers to make sure we maintain that continuity of care.”

#Virginia says it's one of the states informed by #OperationWarpSpeed that it will be getting fewer #vaccine doses than expected – about 100,000 fewer doses by the end of the year. pic.twitter.com/UuZbhKXH3A

Maryland began distributing doses of the Pfizer vaccine from its initial shipment this week. The state still expects to receive a total of 155,000 doses between the Pfizer and Moderna vaccines as part of its first allotment. A spokesperson for MDH said they are still waiting on specifics from the federal government for next week's shipment.

Eighteen hospitals in Virginia have also already begun administering the first 72,125 doses of the Pfizer vaccine the commonwealth received this week. Virginia has ordered an additional 146,400 doses of the Moderna vaccine.

Dr. Forlano said VDH is still “focused on the task at hand” and is working around the reduction in expected doses. She anticipates that the state will begin vaccinating staff and residents in long-term care facilities the week of December 28.

“I think all of us want more vaccine, so I share the frustration there, but I think public health knows how to get a job done, and we’ll work with what we’ve got and use those doses to the ultimate most maximal extent possible,” she said. “It’s definitely frustrating, but we were working off of planning estimates, so I think we always expect change in these scenarios, but we’ll look to better news in the future.”

In a statement to WUSA9, the Maryland Department of Health says it is operating off of projections from the CDC and Operation Warp Speed until states are able to place orders for the vaccine directly. A spokesperson said this reduction does not affect the goal to vaccinate all frontline healthcare workers.

Maryland's DOH said they are currently working on detailed operations plans, which they expect to have more information on for the next four to six weeks of the mass vaccination program.

According to CBS News, Maryland and Virginia weren’t the only states told they were having their vaccine shipments reduced. Officials in Wyoming, Minnesota, Washington state, California, Idaho, Iowa, Michigan, Nevada, Oregon, Connecticut and Kentucky all said they’d been notified of reductions.

DC also said in a statement that they were told the shipment may be smaller, but they do not know by how much or why.

In a statement published to its website, Pfizer said there were no issues on its end.

“Pfizer is not having any production issues with our COVID-19 vaccine, and no shipments containing the vaccine are on hold or delayed,” the statement reads. “This week, we successfully shipped all 2.9 million doses that we were asked to ship by the U.S. Government to the locations specified by them. We have millions more doses sitting in our warehouse but, as of now, we have not received any shipment instructions for additional doses.”

WUSA9 reached out to the Department of Health and Human Services for clarification. In a statement to WUSA9, the agency disputed that vaccine allocations were being reduced:

Jurisdictions are allocated doses pro rata by population over 18 years old. Allocations will depend on the amount of vaccine available. Each week, OWS will let states know how many doses are available to order against for the coming week. Shipments to a jurisdiction may arrive over several days.

Operation Warp Speed remains on track to allocate enough vaccine for about 20 million Americans to receive their first doses before the end of the month, pending Moderna receiving an EUA.”

Dr. Forlano anticipates that Moderna will be approved in the next day or two.