The panel that advises the CDC on immunizations voted Tuesday to recommend giving the vaccine to health care personnel and long-term care facility residents first. 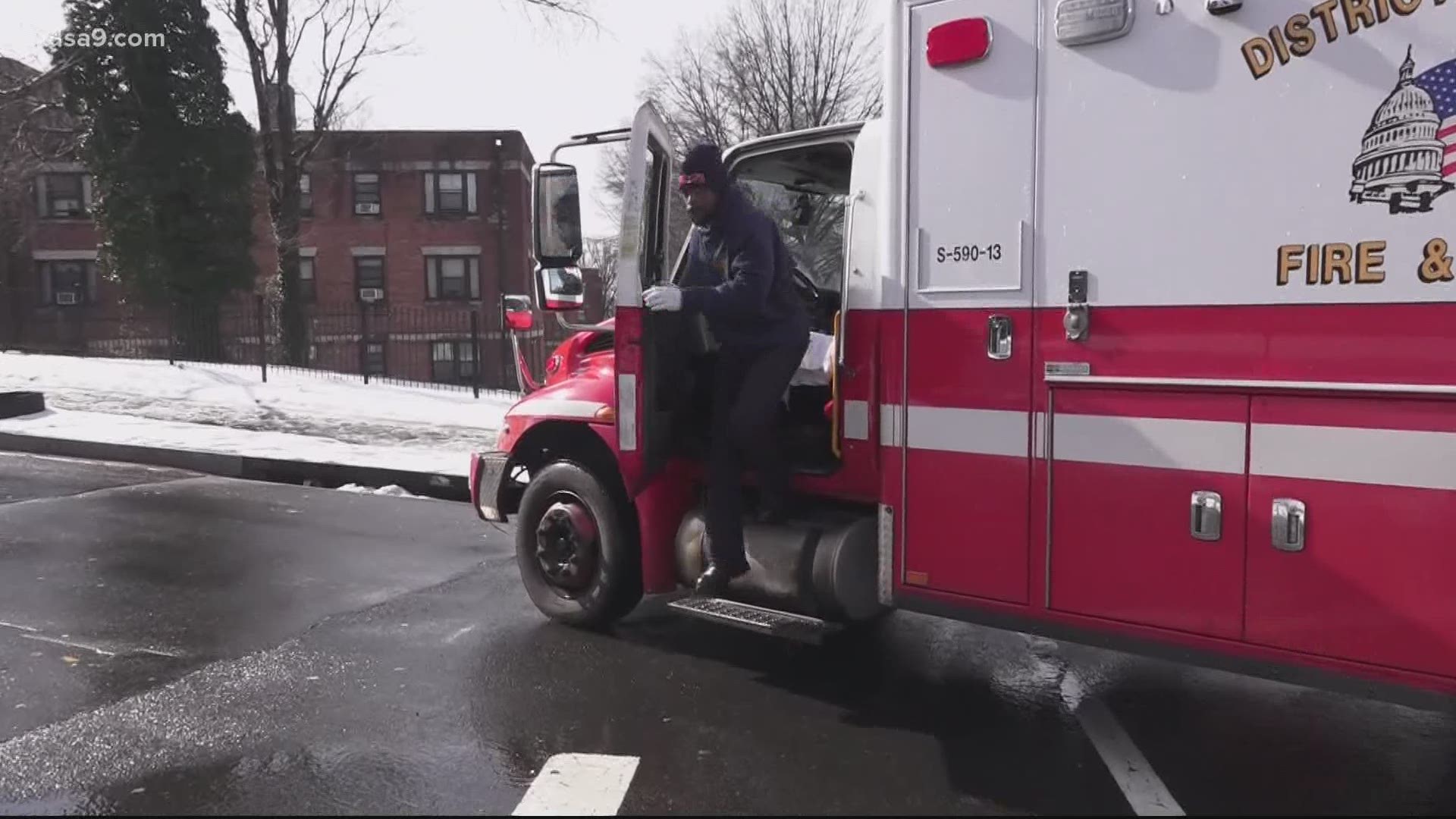 WASHINGTON — The CDC's immunization advisory panel voted Tuesday to first give the COVID-19 vaccine to health care personnel and long-term care facility residents. Some firefighters feel they should have been included in that list.

“I think it’s not the correct decision," Prince George's County firefighter and paramedic Theresa Alexander said. "I strongly believe for firefighters, paramedics and EMTs, we should be given top priority along with hospital workers and health care workers...because for many patients, we’re the first link throughout the pandemic. Our personnel are the ones treating them prior to being transported, and that includes things like breathing treatments, airway procedures, which certainly increases our risk."

As it stands, firefighters are listed in the second group to receive the vaccine, along with other essential workers, like those in the education and food sectors, correctional officers, and police officers, according to the advisory group's presentation.

The Advisory Committee on Immunization Practices has been discussing who should be first in line for months, primarily weighing three main principles as listed in the presentation: maximizing benefits while minimizing harms, promoting justice, and mitigating health inequities.

#BREAKING: The Advisory Committee on Immunization Practices just voted to recommend that when the #CovidVaccine is available, these 2 groups get it first:

Alexander, who also serves as the recording secretary for the Prince George's County Professional Fire Fighters and Paramedics Association, said they too face a high level of risk. She said Tuesday, she was notified that one of the patients she had transported two days ago tested positive for the coronavirus.

“You don’t necessarily have on the right PPE, because our calls are unstructured," Alexander said. "Sometimes callers, when they’re in distress, don’t always give dispatchers all the information they need, so we might go for an unrelated call, something that has nothing to do with COVID, and we later find out the person we treated, carried, stayed in the unit with for a 20, 30-minute transport was in fact COVID positive.”

In D.C., data shows that more than 11% of D.C. firefighters and paramedics contracted COVID throughout the pandemic. That amounts to about 3.5 times the rate of the general public.

“It’s a significant strain on the district, too," Dabney Hudson, the president of the D.C. Firefighters Association Local 36 said. "We get one person that tests positive, we may be quarantining 25, 30 people, sometimes more than that that creates a significant problem for our agency to be able to respond to calls.”

Hudson said that's evidence that firefighters and paramedics should also get the vaccine first.

“Doctors, nurses, the long term healthcare facilities, they are obviously dealing with the patients for much longer, extended period of time…but they deal more with the known, whereas our members are dealing with the unknown," he said.

Prior to the advisory panel's 13 to 1 vote, the IAFF released a statement, calling on state and local officials to include firefighters and EMTs in the first round of vaccine recipients.

"A COVID-19 vaccine is one of the best ways to protect fire and EMS personnel from this pandemic," the IAFF said in its statement. "Along with ensuring that the proper PPE is available, priority access to a vaccine allows emergency responders to have another tool to protect themselves and the community as a whole. Scientific reports have indicated that firefighters, paramedics and EMTs are proportionately far more likely to contract COVID-19 than the general public due to their on-the-job exposures."

It's important to note that the panel, and consequently the CDC, do not mandate who receives the vaccination first. They provide a recommendation that state and local officials use to guide their decisions, though these suggestions often play a major factor.

Last month, Maryland released a preliminary vaccination plan that includes firefighters in phase one of recipients. However, it does not specify yet if that group will be specified even further, as the ACIP has done, where firefighters are listed as group 1b.

Now that the national recommendation has been voted on, Alexander and Hudson said their organizations will likely focus on advocating for their inclusion with local officials.