$10B sought in next stimulus bill for nation's fire departments in need of PPE, funding

The International Association of Fire Chiefs president is asking Congress to include $10 billion in the next stimulus bill for two fire service grant programs. 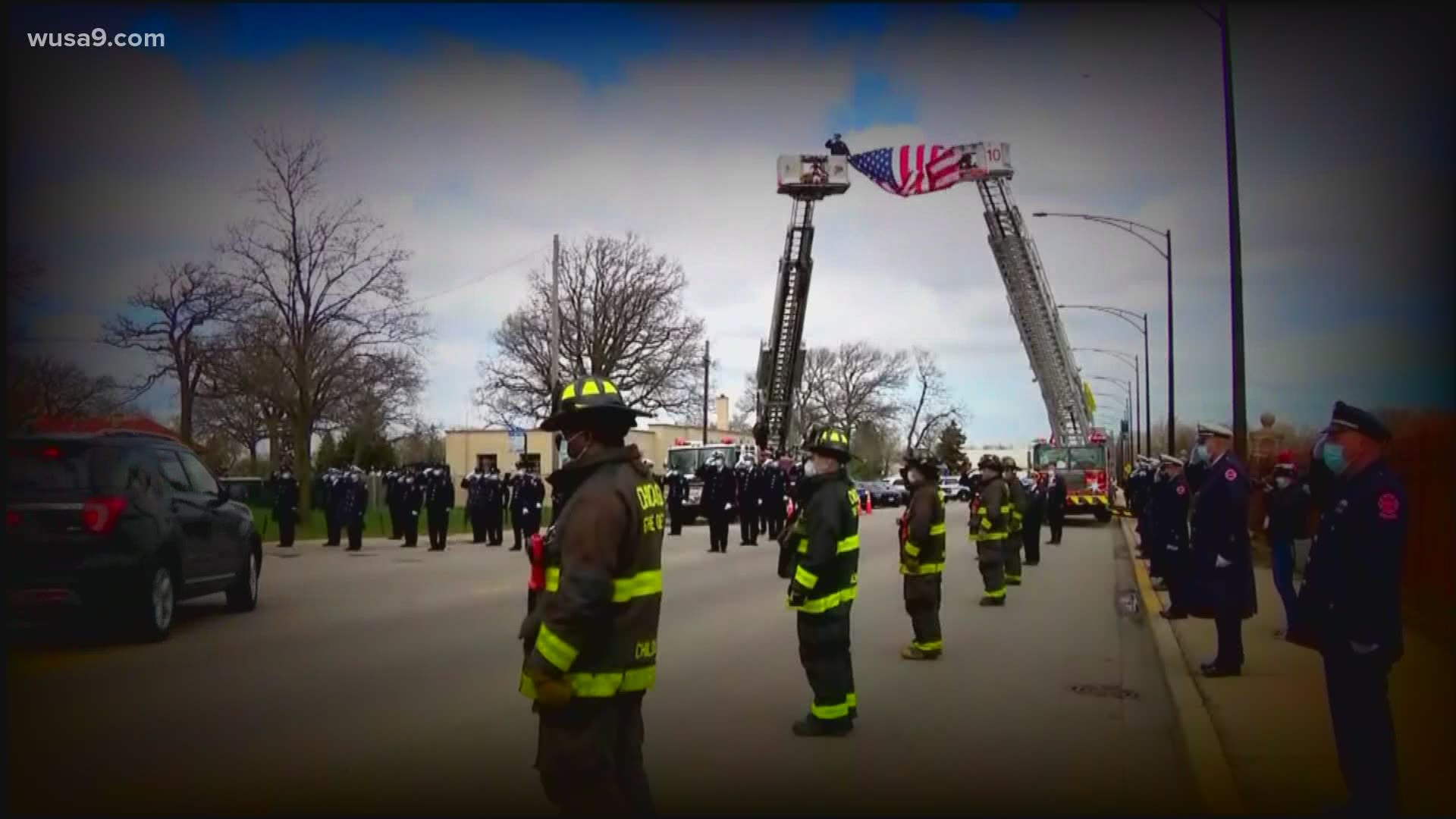 WASHINGTON — Some fire departments around the country are growing desperate for more personal protective equipment and funding to fully operate during this pandemic. While most departments in the D.C. area say they have what they need, some recognize the possibility of running out.

Some fire departments around the U.S. have been forced to get creative when it comes to protecting fire and EMS workers on the front lines. For example, some firefighters in Phoenix, AZ have been spotted wearing ponchos. Others have been seen handling COVID-19 patients without gowns.

Gary Ludwig, an Illinois fire chief and president of the International Association of Fire Chiefs, said fire departments should not have to go through this.

"Right now, I can't say that we feel like a priority," Ludwig said. "I am saddened when we talk about budgets that have been decimated because of firefighters who need to try to go out and buy new PPE."

Ludwig said overtime for firefighters, who have been out on sick leave, have also decimated budgets. With stay-at-home orders in place, volunteer fire departments have not been able to hold fundraising events. He said some departments are so low on money that they have trouble getting gas into their trucks.

He warns this could eventually affect communities across the country.

"Unfortunately, I keep hearing from many fire chiefs across the country that they are talking about layoffs," he said. "These equate to nothing but prolonged response times and delayed critical help to people who need it."

On Wednesday, the U.S. had more than 1 million COVID-19 cases, according to a case tracker by Johns Hopkins University. According to Ludwig, more than 1,000 fire or EMS workers have been infected since the outbreak, more than 5,000 have been quarantined due to exposure, and 19 firefighters or paramedics have died.

According to an IAFC PPE Assessment survey, at least 60 percent of respondents said they consider buying more PPE with additional funding a priority over reimbursement.

In a letter to Peter Gaynor, the Federal Emergency Management Agency’s administrator, Ludwig highlighted concerns about states, in some cases, that are "reprioritizing critical medical supplies to those other than firefighters and paramedics."

When we checked-in with fire departments around the D.C. area, most including Montgomery County’s Fire and Rescue Service, told WUSA9 they are good on supply. However, some recognized the important of more funding in case supplies run out.

MCFRS Chief Scott Goldstein leads one of the largest departments in the DMV area.

"We're going to see those increased costs for equipment as well as station cleaning, and equipment cleaning and sanitizing," Goldstein said.

U.S. Rep. Jamie Raskin, D-Md., tells WUSA9 the House has talked about doing more for first responders in the next stimulus bill.

"Speaker Pelosi said she wants to dedicate this next package, the 4.0 package, to the firefighters, cops and the teachers, and people on the front lines and call it the Heroes Act," Raskin said.

If you’re a part of a fire service and would like to complete the IAFC service, check here. The deadline is May 4.