The spread of coronavirus has led to 30% of the Rockville Volunteer Fire Department being unable to work. But, the squad continues to answer the call of duty. 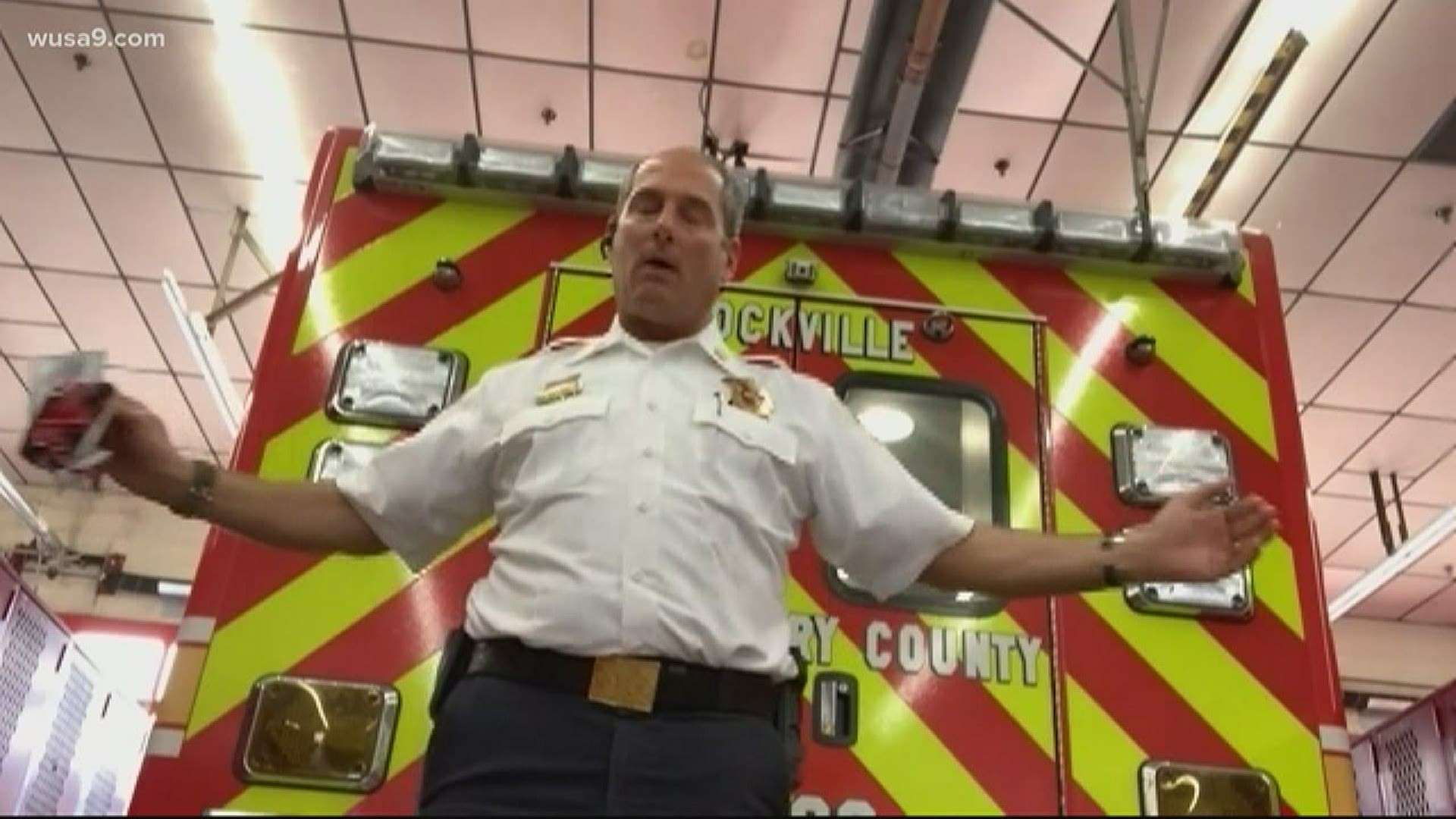 ROCKVILLE, Md. — Despite the coronavirus depleting their numbers, volunteer fire departments around the DMV continue showing up for work – even though it's unpaid.

At the Rockville Volunteer Fire Department in Maryland, the coronavirus has hit particularly hard.

Department President Eric Bernard told WUSA9 on Monday that around 30% of the nearly 200-person unit has been unable to work due to sickness or concerns over being near positive cases.

"We have never experienced anything like it," he said. "This is like a 9/11 drawn out over months with the stress it puts on everybody, including the emergency providers.”

Bernard said the department has members ranging from high school age to retired.

Due to the high number of members unable to work, he said others have been stepping up to fill extra shifts.

"People have upended their lives," he said. "Instead of their 12 hours a week, we have members now doing 24 or 36. I have some members here every day.”

After the spread of the coronavirus led to a decline in emergency calls at first, he said levels are now increasing, with the squad seeing more serious cases.

Bernard said none of the sick volunteers were known to have gotten the coronavirus from people they have helped in the field.

Despite each firefighter carrying special equipment to stay safe, he said the calls were putting them very close to danger.

"We are still going into the unknown," he said. "Somebody who is very sick, we have to go into their home. We’re not cleaning the door before we go in.”

Despite the challenges of the current situation, he said the sacrifices of the volunteer force spoke to the character of the men and women on the front lines.

"Volunteer means they are unpaid. They get no salary," said Bernard, who added that volunteer members do receive benefits like health insurance. "What that says is this country continues to serve. It matters not whether they’re getting paid. It matters not for their health or safety. They are there to serve.”

RELATED: Cleaning up during the coronavirus: 'It's a big risk'