The agency known for protecting the president hopes to protect students from school shootings and stabbings. 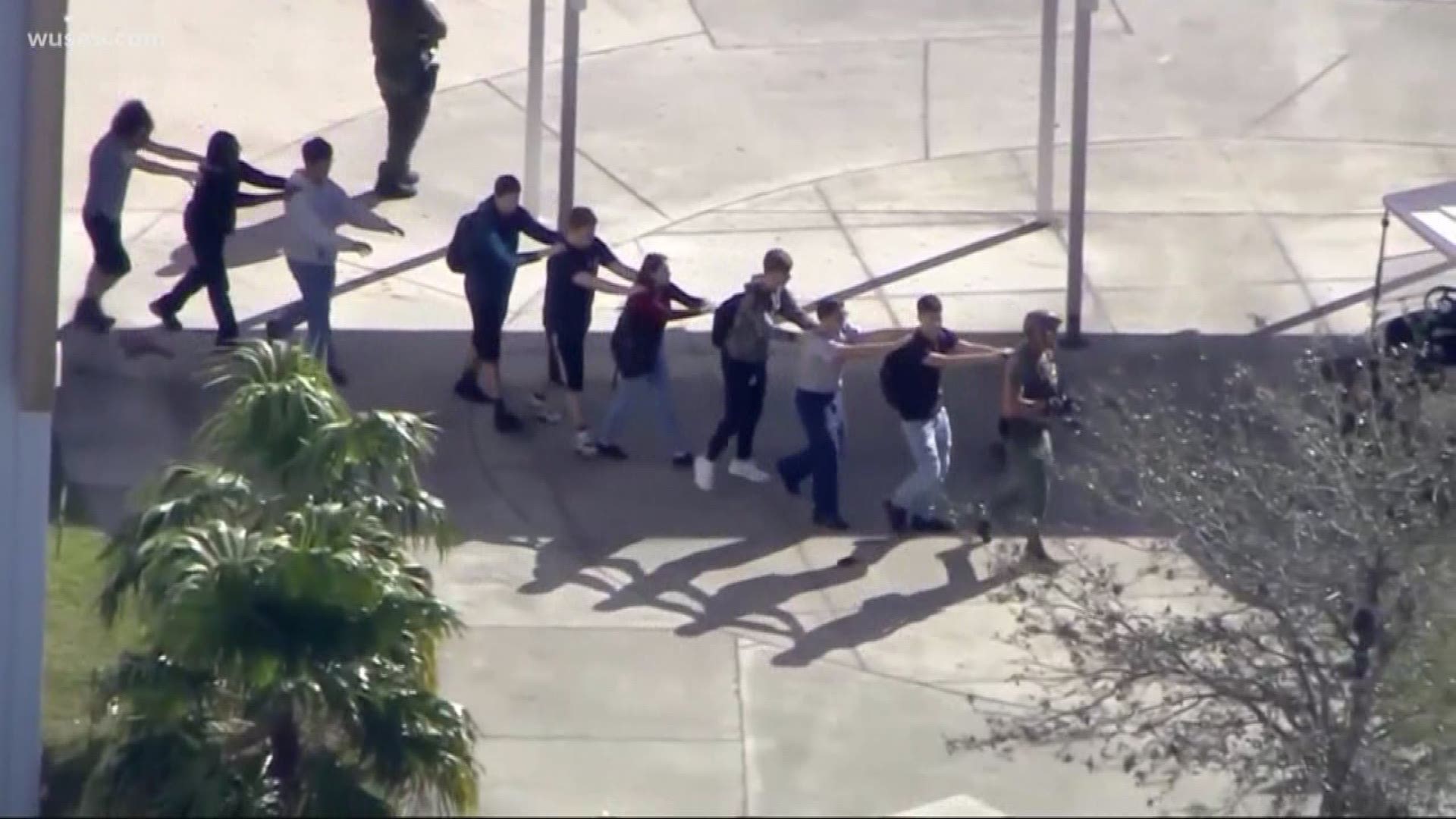 WASHINGTON — Spurred by the 2018 school shooting in Parkland, Florida, the U.S. Secret service took on the task of attempting to identify school shooters before they strike, releasing a new report studying 41 school attacks.

Included in the school attacks studied by the Secret Service was the 2018 Great Mills High School shooting in Saint Mary's County, Maryland. One student was murdered and another wounded before the 17-year-old shooter killed himself.

"The tragedy of losing a child, or any loved one, in a school is heartbreaking," Montalto said. "You're just one heartbeat away from the same problem in your community."

The Secret Service's report found that most attackers used firearms belonging to adults in their home.

"You think your weapon is very secure, but a lot of kids are very resourceful," Dr. Lina Alathari of the National Threat Assessment Center said.

Credit: Mike Fuhr
Tony Montalto is the president of Stand with Parkland, and father of one of the Marjory Stoneman Douglas High School shooting victims.

The report also found that half the attackers had interests in violent topics. When asked about the connection between violent video games and school shootings, Dr. Alathari responded, "It's not necessarily isolated to just video games, but graphic video internet content. We did see that in the background of these attackers, in terms of their fixated interest in violence."

Credit: WUSA9
The 2018 Great Mills High School shooting in Saint Mary's County, Maryland was one of 41 school attacks studied by the Secret Service.

Lastly, most attackers were victims of bullying that had been observed by others.

Parkland parents hope the next step would be the possible passage of the Eagles Act of 2019, named for the mascot at Marjory Stoneman Douglas High School. It would increase funding to the Secret Service to go into schools and train principals in how to identify possible school attackers. The aim is to pass the Eagles Act before the second anniversary of the Parkland shooting in February.