A spokesperson for Loudoun County Public Schools reported 10 incidents of sexual and racist images and slurs in classes during the first week back. 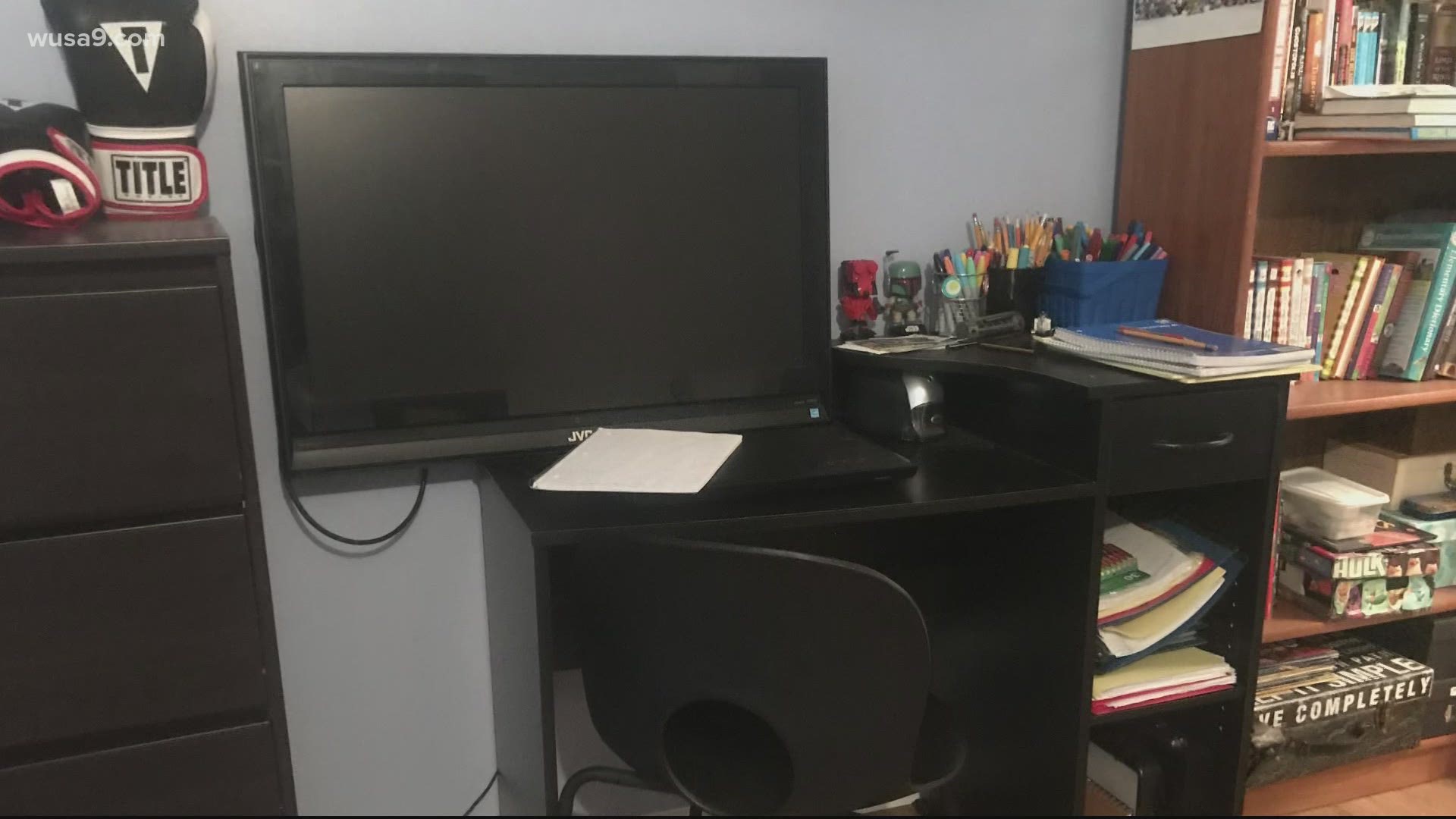 LOUDOUN COUNTY, Va. — Loudoun County parent Amy Kirk had multiple concerns as school started virtually — but she didn't realize pornography being shown in her ninth grader's class would be one of them.

“I was blown away to be honest," Kirk said.

A spokesperson for Loudoun County Public Schools said they're investigating 10 incidents in six different schools of racial slurs being used, plus sexual and racist images being shown in virtual classes.

In a letter to families, LCPS Superintendent Dr. Eric Williams said the images and speech were coming from students signing in from other classes or schools.

Kirk said the first week with virtual learning had been going better than she expected up until that point.

“I actually was one of the ones that was like, 'oh this is going well'," she said.

Then, she said she received an email from her son's principal, which said:

"An incident occurred in your child’s class today that I want you to be aware of. During the class, a student who is not on the class roster joined the virtual environment and briefly displayed an inappropriate video, which your student may have seen. The incident lasted less than 15 seconds, and the teacher immediately returned to the daily lesson when the intruder departed the meeting."

Credit: Amy Kirk/LCPS
Parent Amy Kirk sent WUSA 9 this email from her son's principal detailing the display of an inappropriate video in her son's class.

"When I asked him what happened, he turned maroon, and he kind of tried to blow me off," Kirk said. "And I asked him specifically what did the video have, and he very sheepishly quietly said two naked women, and I said what did you do, and he said nothing, he didn’t want to talk about it.”

Friday, the Superintendent sent a letter to parents with more information, saying in part, "We reject and condemn the use of racial slurs and hate speech and we will not tolerate the display of inappropriate images; this behavior does not reflect our core beliefs.”

"I think in a school setting, it’s going to be traumatic," she said. "And if it’s not met strong from the school and parents that this is not OK, and you were violated, I think it’s going to have a lifelong effect on them.”

Another parent said someone logged into her eighth grader's class and "started to blast in the group chat racial slurs over and over again. The teacher did boot the user, but the word was incredibly offensive."

The superintendent said school administrators are investigating the incidents — and if any crimes are shown to be committed, they will work with law enforcement.

Kirk emphasized that she does not blame the teachers — that she thinks they have a hard role and are doing their best. But, in the meantime, she has instructed her son to turn his camera off during classes.

That — she says — is to protect him from being recorded by students who may then post the inappropriate incident to social media with the class' reactions.

She said her son's principal suggested that parents write to the School Board.

Here is the Superintendent's full letter:

During our first week of school in a virtual learning environment, incidents occurred in several classes in which students joined the virtual environment of another class or school, used a racial slur or displayed inappropriate sexual or racist images. These incidents are contrary to our core beliefs, our commitment to racial equity and other matters of equity as described in the LCPS Equity Statement, and to the expectations we have established for appropriate behavior by students in the virtual environment. LCPS’ highest priority is the physical and mental well-being of our students and staff members, and we take these matters seriously. We reject and condemn the use of racial slurs and hate speech and we will not tolerate the display of inappropriate images; this behavior does not reflect our core beliefs.

Although some may believe that it is acceptable to use expressions that are defined as racial slurs as a term of endearment to their friends, LCPS will not tolerate such language in a school environment. The display of sexually explicit and pornographic images is a violation of our Student Code of Conduct and will also not be tolerated. LCPS will also cooperate with local, state, and federal law enforcement agencies in investigations of computer intrusion, hate crimes, fraud, transmitting threatening communications, disrupting a public meeting, and any other use of an electronic device to commit a crime.

As we adjust to a virtual learning environment, we will continue to teach and encourage positive digital citizenship skills, as well as hold students accountable for their behavior online. Students and parents should familiarize themselves with the Student Code of Conduct and be aware that disciplinary actions are being considered for violations of the Student Code of Conduct, as they would if students were displaying these behaviors in person. Teachers and administrators have been provided resources to prevent and respond to these incidents. Additionally, administrators are continuing to use both the Student Code of Conduct and the LCPS Protocol for Responding to Racial Slurs and Hate Speech when addressing disruptions in distance learning.

We appreciate that these issues may cause concern for parents. We share those concerns, and school administrators are investigating incidents and taking additional steps to help eliminate these types of events from our learning environment. Actions include providing additional guidance and reminders to teachers about how to manage their environment, our expectations for effectively controlling classes, and sharing expectations for behavior with students.

We appreciate parents’ and guardians’ continued support as we address these issues.