Scientist warns this is only the beginning of pandemic, students should not go back to school

Astrophysicist and retired professor Dr. Jeff Hester predicts a surge in cases in Virginia in the next week. 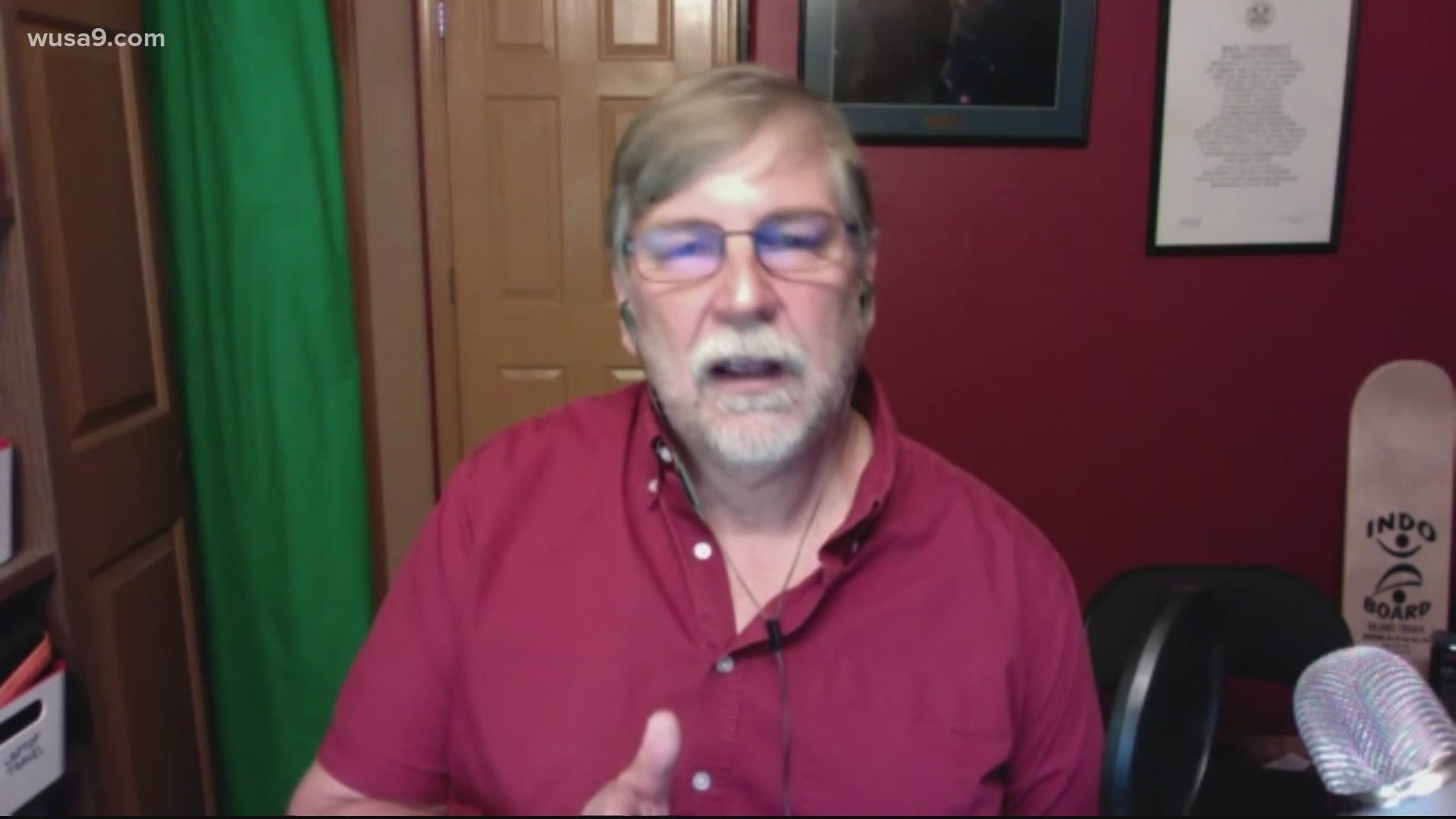 WASHINGTON — As schools devise their reopening plans, a scientist is warning that in-person learning will not be safe.

“COVID is making the only rules that matter in any of this," astrophysicist and retired professor Dr. Jeff Hester said.

He is based in Arizona, which is currently hitting a peak, but he has been monitoring changes in coronavirus cases across the country the last few months. Dr. Hester has noticed a pattern -- increases coincide with reopenings.

He said Virginia is on track to follow the story of Texas and Florida.

“In Virginia, you did your phase one reopening in the north and you thought, 'hey this is great, our cases are still coming down, this is wonderful,'" Hester said. "Actually, though, if you look two and a half weeks later, what you find out is as soon as you did your phase one reopening in the north, your infections stopped falling and leveled out. So then you’re cruising along, and you say 'our cases are still coming down, let’s do phase two.' Actually, you were at a point where you were level, and they were starting to increase…In the meantime, 1 of July, you said 'we’re going to do phase three reopening.' In reality, your phase three reopening happened at a time when your numbers were already going up. And if Virginia is like any other place in the nation…then what you can expect is about a week from now, you’re going to see people who got infected after your phase three reopening start showing up in cases."

He said it's important to note the time difference between when a person gets infected and when the positive coronavirus case is reported.

He estimates two and a half weeks is the time that lapses between infection and reported case, which he said can give officials a false sense of hope.

When it comes to schools, he said it's critical to air on the side of caution.

“My advice to schools is if you try to do anything other than remote learning, it’s going to blow up in your face, because COVID makes the rules," Dr. Hester said. "Have them instead put their effort into making remote learning as good as it can be.”

He said as schools continue to devise their reopening plans, they have to follow the science, which involves finding evidence to the contrary of their goal (allowing students back into the classroom). In this case, he said it's far too easy to do, indicating that going back to school is not a good idea.

“We are only at the beginning of this, bottom of the first in a game that could easily go extra innings and the only thing on the line is the lives of everyone in the nation, including their children," Dr. Hester said. "It’s a game that you cannot afford to approach with wishful thinking…It’s a game that you have to approach by looking at it and saying here is the hard reality, and we’re going to look at the hard reality, and we’re going to deal with it.”

The deadline for parents in Loudoun and Fairfax counties to submit their decision for their students to do in-person or distance learning is Wednesday, July 15.

The default option that will be selected for families who do not respond in time will be in-person learning.

According to FCPS data shared Monday, a little more than half of families have responded with their decision, with 59% opting for in-person instruction. The teachers who have responded are split 50/50. 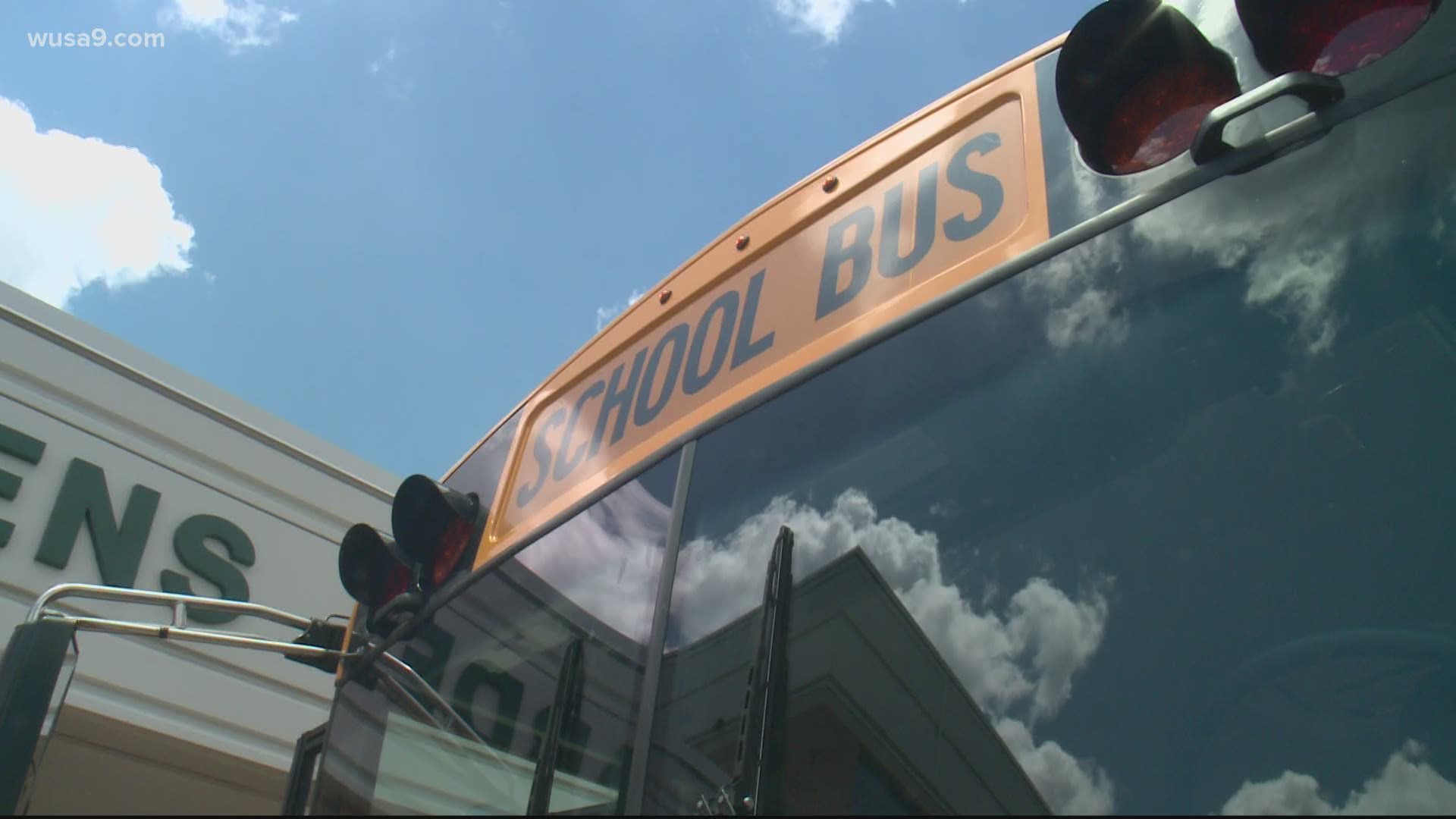