The firefighter was one of three victims from two shootings that happened in the same area, according to DC Police. 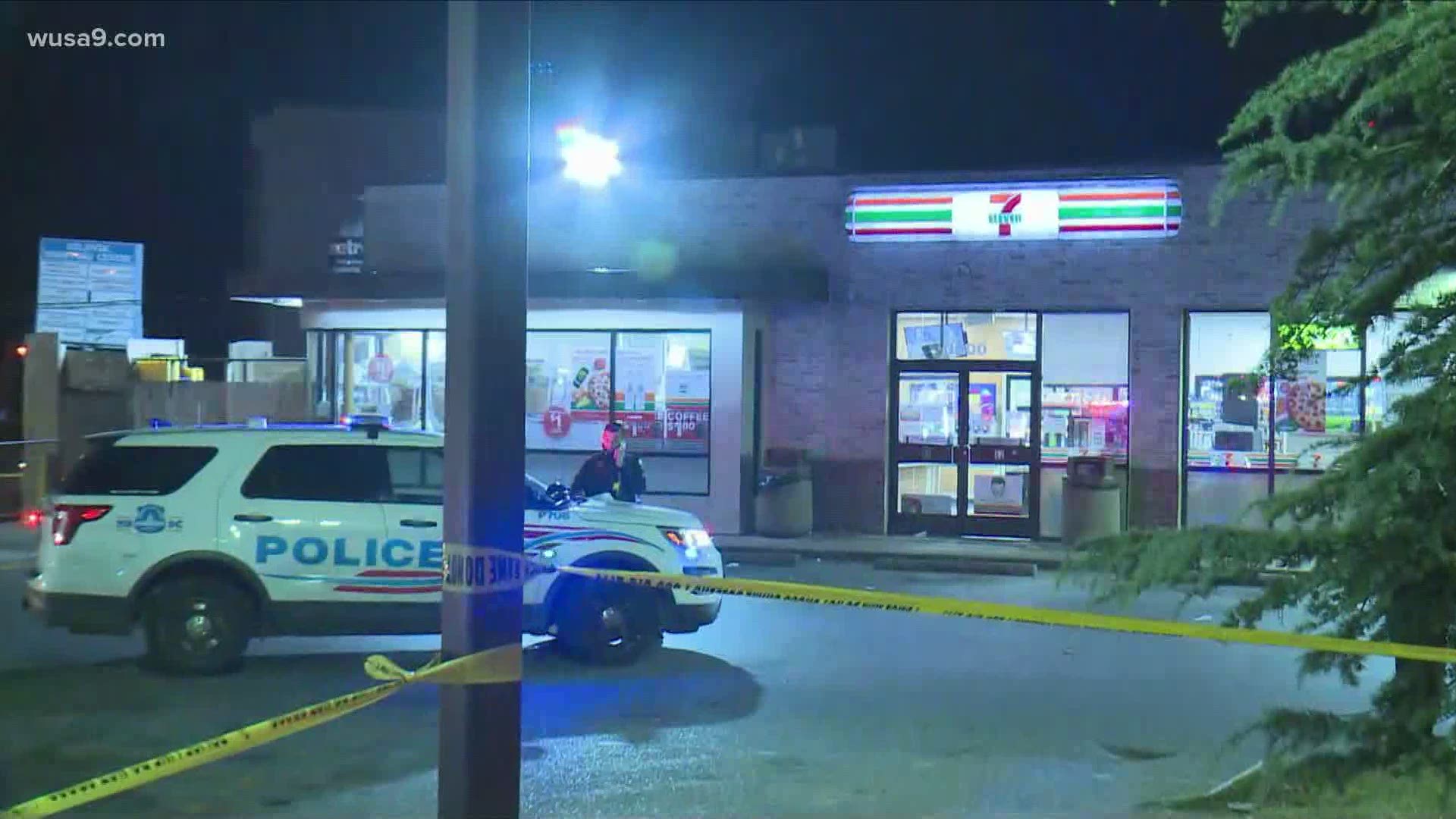 WASHINGTON — A DC Fire & EMS firefighter was shot while on duty Sunday afternoon in the 3900 block of South Capitol Street, Southeast, according to the Metropolitan Police Department.

The firefighter was one of three victims from two shootings that happened between both the 3900 block of Martin Luther King Avenue, SE, and 3900 block of South Capitol Street, SE, according to DC Police.

DC Police confirmed to WUSA9 that the firefighter was responding to help a shooting victim at a 7-Eleven convenience store.

The firefighter was injured in a second shooting along with a woman after bullets were fired near a liquor store across from the 7-Eleven, said DC Police.

He was released from the hospital after being treated for his gun wound, said DC Fire and EMS on Twitter.

Shortly after 4:30 PM, a member of #DCsBravest was assisting with treatment of a gunshot victim when more shots were fired in the area. The firefighter suffered a gunshot injury, & was treated & subsequently released from the hospital. Thanks all of you who expressed concern.

Both Martin Luther King Avenue, SE, and South Capitol Street, SE, run into one another, which is why police put the 3900 block of separate streets for two shootings that happen only yards apart.

The department added that the victims are two men and one woman.

WUSA9 is still working to confirm more information about these shootings and will update this story when more details come into our station and newsroom.

(A previous story said there were four victims instead of three. There were three victims shot in two separate shootings at the same location with two separate street names Martin Luther King Avenue, SE  and South Capitol Street, SE.)