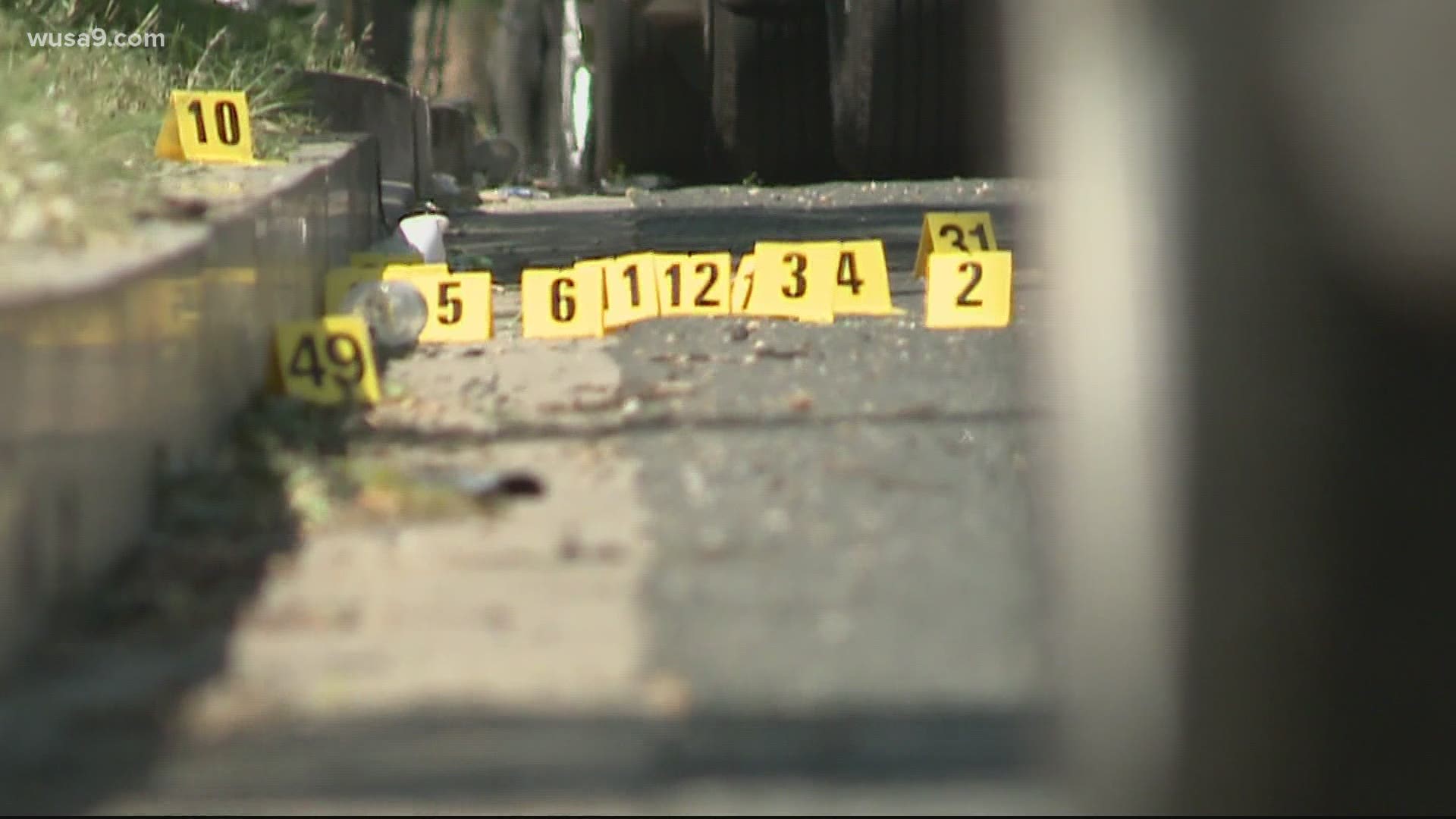 WASHINGTON — On Sunday, the Metropolitan Police Department (MPD) confirmed six people were shot in three shootings within three hours across the District.  In total, eight people were shot Sunday and one man was stabbed; three of the victims died, according to MPD.

The first of the three shootings that happened in three hours took place on 10th and C Streets, Northeast. An adult male was found conscious and breathing with multiple gunshot wounds around 12:15 pm, police confirmed.

A third shooting happened around 12:20 p.m. in the 3500 block of Wheeler Road, Southeast Three men were shot, and police said two of the men were conscious and breathing; the third victim was not. None of the cases have been ruled homicide, yet. Police have not yet released a suspect lookout.

Police reported a fourth shooting Sunday evening in the 1100 Block of First Place Northwest. D.C. Fire and EMS said the call came in shortly after 7:30 p.m. A man was found suffering from a gunshot wound to the upper body. The man was transported to an area trauma center where he was pronounced dead. Police said an investigation determined that the man was shot in self-defense following an altercation.

Police say a 20-year-old man died after being shot last night on Edgewood St. This is now a homicide investigation. https://t.co/z5uYdtr0H1

A fifth Sunday shooting happened around 8:38 p.m. on Edgewood Street in Northeast where D.C. Fire and EMS said they transferred a victim, identified as 20-year-old Delano Harris, to an area trauma center. Police said after all life-saving efforts failed, Harris succumbed to his injuries and was pronounced dead.

Moments after the Edgewood Street shooting, around 9 p.m., officers responded to the 2200 block of Minnesota Avenue, Southeast for a stabbing. Officers at the scene found a man, identified as 46-year-old Louis Cheeves, suffering from multiple stab wounds. The man was taken to an area hospital where he later died.

The violent Sunday afternoon comes on the heels of a 7-year-old girl being shot in the chest on Jay Street in Northeast on Saturday while out riding a scooter with her family. The girl's grandmother told WUSA9 Sunday evening that her breathing tube was able to be removed, and she had spoken to her family. She remains in the hospital to recover. 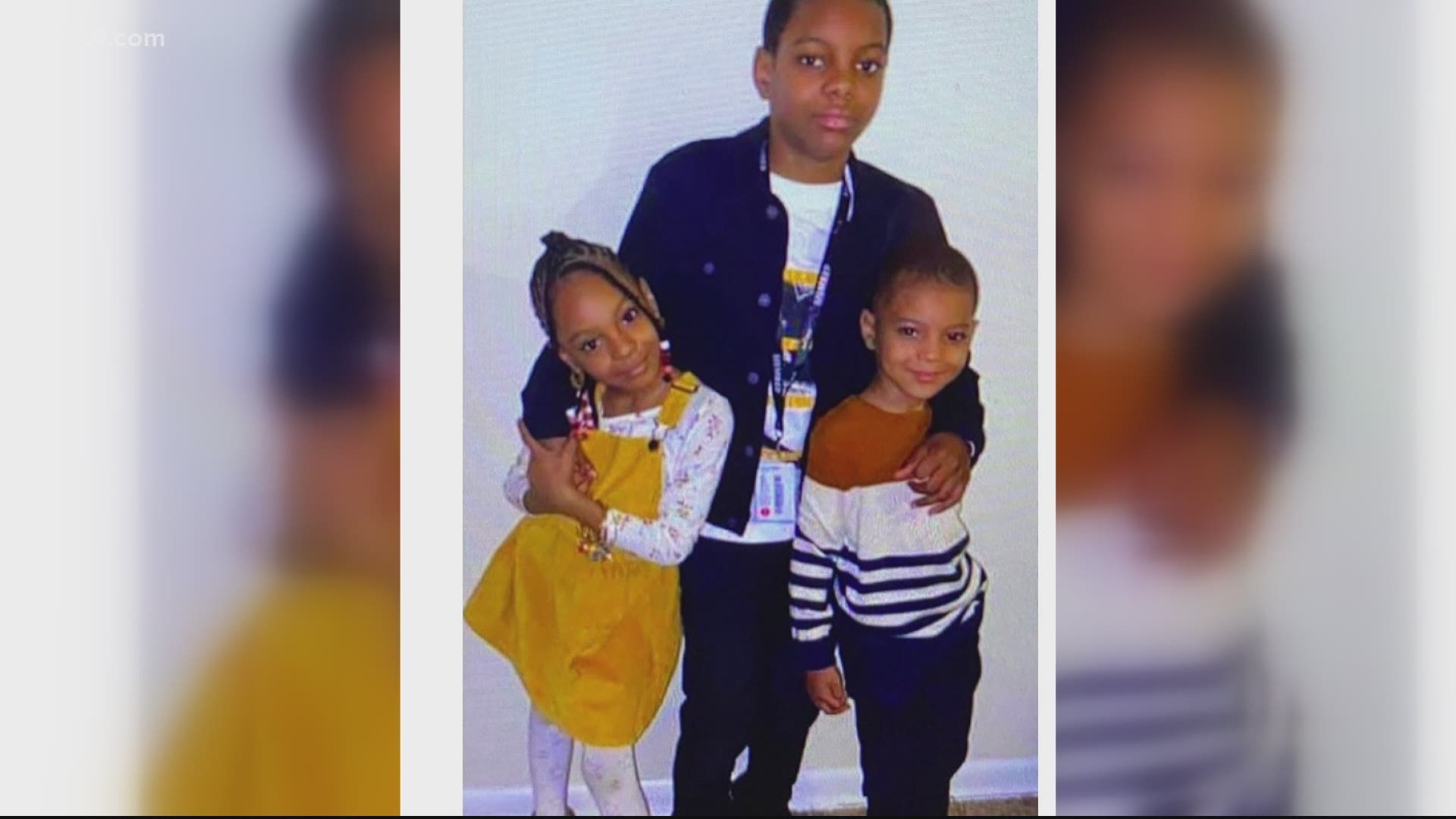 A lifelong Washingtonian said the crime he's seen lately is unlike anything he's seen in his lifetime.

"It's a whole lot worse than it used to be when I was growing up and I'm 74 years old," Eddie said.

The Metropolitan Police Department currently offers a reward of up to $25,000 to anyone that provides information that leads to the arrest and conviction of the person or persons responsible for each homicide committed in the District of Columbia. Anyone with information about this case is asked to call the police at 202-727-9099. Additionally, anonymous information may be submitted to the department’s TEXT TIP LINE by sending a text message to 50411.

Crime scene tape going up in the 600 block of Edgewood St NE.
Waiting to hear what police are investigating in what has been a violent afternoon/evening in DC. https://t.co/nFGAo6vIBD pic.twitter.com/J2nvIIbv4y