Special Police Officer shot, killed in Southeast DC was a mother of 4 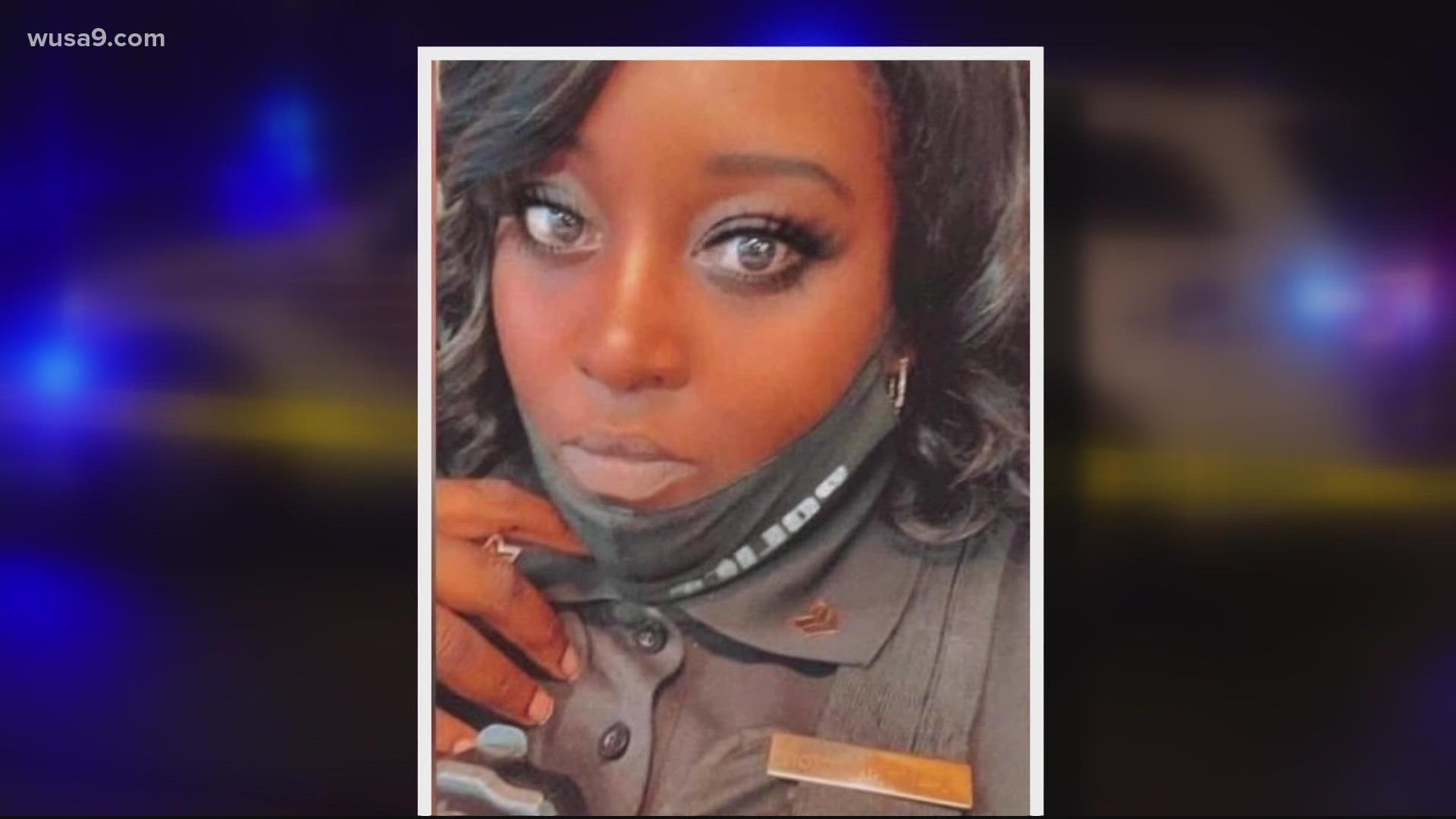 WASHINGTON — Police are investigating after a Special Police Officer was shot and killed in Southeast D.C. Tuesday night.

According to D.C. Police Chief Robert Contee, the shooting happened in the 3300 block of 10th Place around 8:30 p.m.

When officers arrived, they found a female officer suffering from a gunshot wound. She later died from her injuries.

On Wednesday, MPD identified the officer killed as 41-year-old Angela Washington of Suitland, Maryland. She is survived by her four children, who are between the ages of 17 and 23, as well as grandchildren.

No one else was injured in the shooting, according to police.

Chief Contee confirmed that Washington was on duty at an apartment complex when she was killed.

Investigators are on the lookout for a White Camry with dark tinted windows. The car was last seen on Wheeler Road heading towards Southern Avenue.

D.C. Police are talking with witnesses and asking for the public's help finding out what happened. A $25,000 reward is available for anyone who can provide a tip that will lead to a conviction.

Her brother shared this photo of her with us. Just heartbreaking 💔 @wusa9 pic.twitter.com/iiqFGmqYBw

The deadly shooting was the latest in violent crimes that hit Southeast Tuesday. Five people were injured in a shooting at Alabama Plaza, including a 13-year-old. Police released a video of a person of interest in the shooting Tuesday evening.

Less than 12 hours later, a man was shot multiple times and a 9-year-old was grazed by bullets after two nine-year-olds got into an argument. Officers are asking the public to look out for two Black teens, believed to be around 15 to 16 years old, wearing black hoodies and blue jeans. It is unclear how the suspects that police are looking for are connected to either nine-year-old or the man in critical condition.