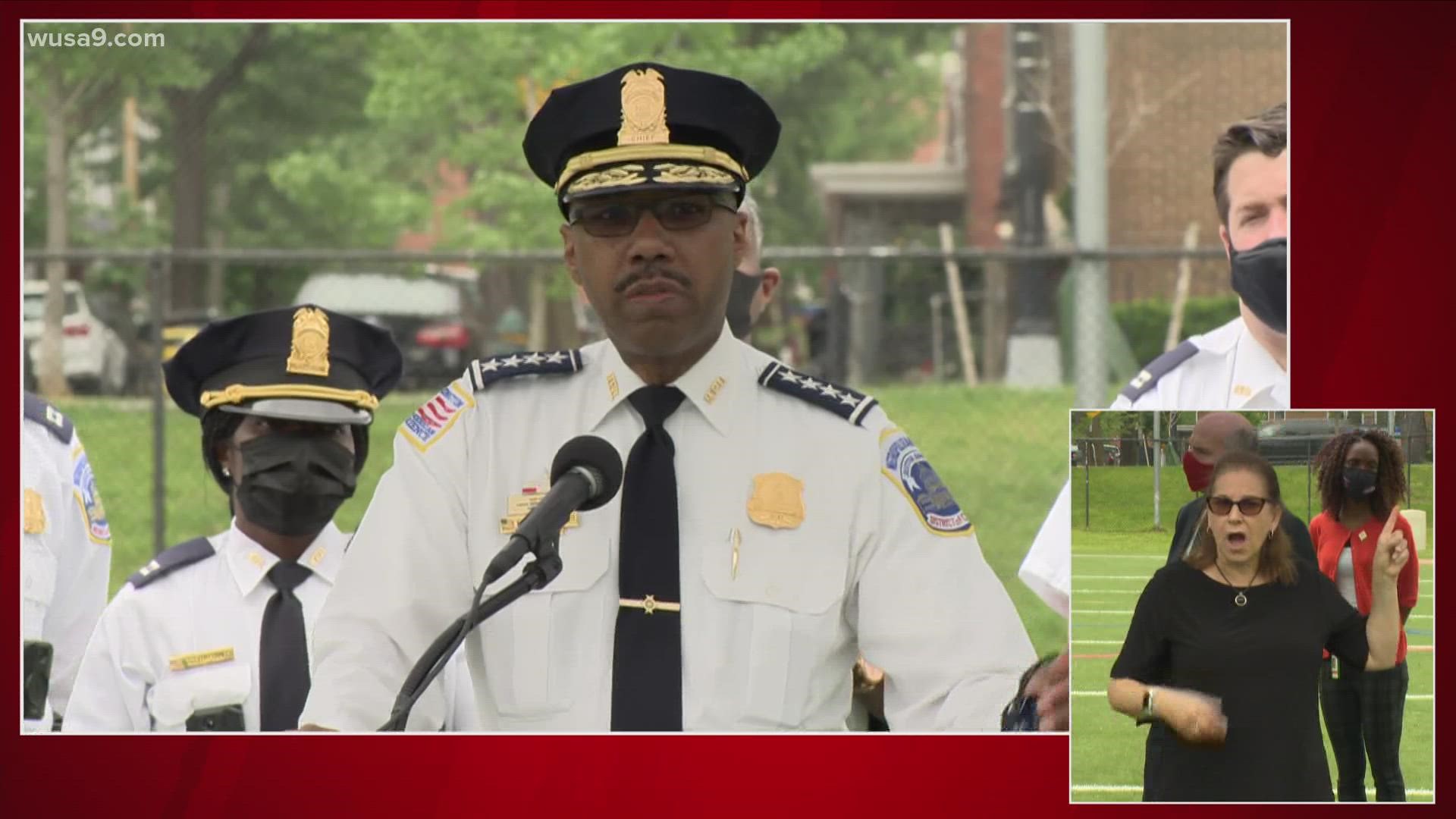 WASHINGTON — Four shooting between Friday evening and early Saturday morning has police officers in the District investigating two homicides, and the injuries to two additional people, according to D.C. Police in multiple statements.

On Friday night, around Around 8:22 p.m. D.C. Police received a report of an unconscious man in the 1400 block of Smith Pl SE. When officers arrived, they found an unresponsive man suffering from gunshot wounds. He was pronounced dead at the scene, according to police.

Just under 20 minutes later, officers were called to the 1300 block of Brentwood Road after receiving reports of gunshot sounds.

D.C. Police said when officers got to the scene, they found a man suffering from gunshot wounds who was not conscious or breathing, they said. The victim was then rushed to the hospital where he was later pronounced dead.

Early Saturday morning, police said officers arrived on site at 600 block of Girard Street, NE around 1:36 a.m. for another reported shooting. Officers then found an unconscious adult man who was breathing when he was transported to a local hospital.

MPD officers were then sent to the 1900 block of 9th Street, NW after receiving a report of a shooting around 2:10 a.m. When police arrived, they found a man suffering from gunshot wounds. He was conscious and breathing when he was taken to a local hospital, where he is expected to recover, according to police.

Recent shootings and murders in the District have police struggling for answers. Mayor Muriel Bowser (D-District of Columbia) was on national TV on June 30 trying to pinpoint causes and solutions to the surge in deadly violence.

"Anytime you see upticks in crime, it’s hard to point to one thing," Mayor Muriel Bowser said on CBS This Morning.

She pointed to possible contributing factors including the pandemic, the kids out of school, and an uptick in joblessness.

"There are law enforcement strategies, prevention strategies, opportunity strategies to deal with the violence," Bowser said.

The mayor said the city remains focused and is looking at initiatives on housing and helping citizens returning from incarceration.

RELATED: A wave of shootings and murders has DC officials searching for solutions