Arrest made in attack on interracial couple, Black man told he was betraying his race for dating white woman

Police are considering hate crime charges in the knife attack at the Giant in Bowie. 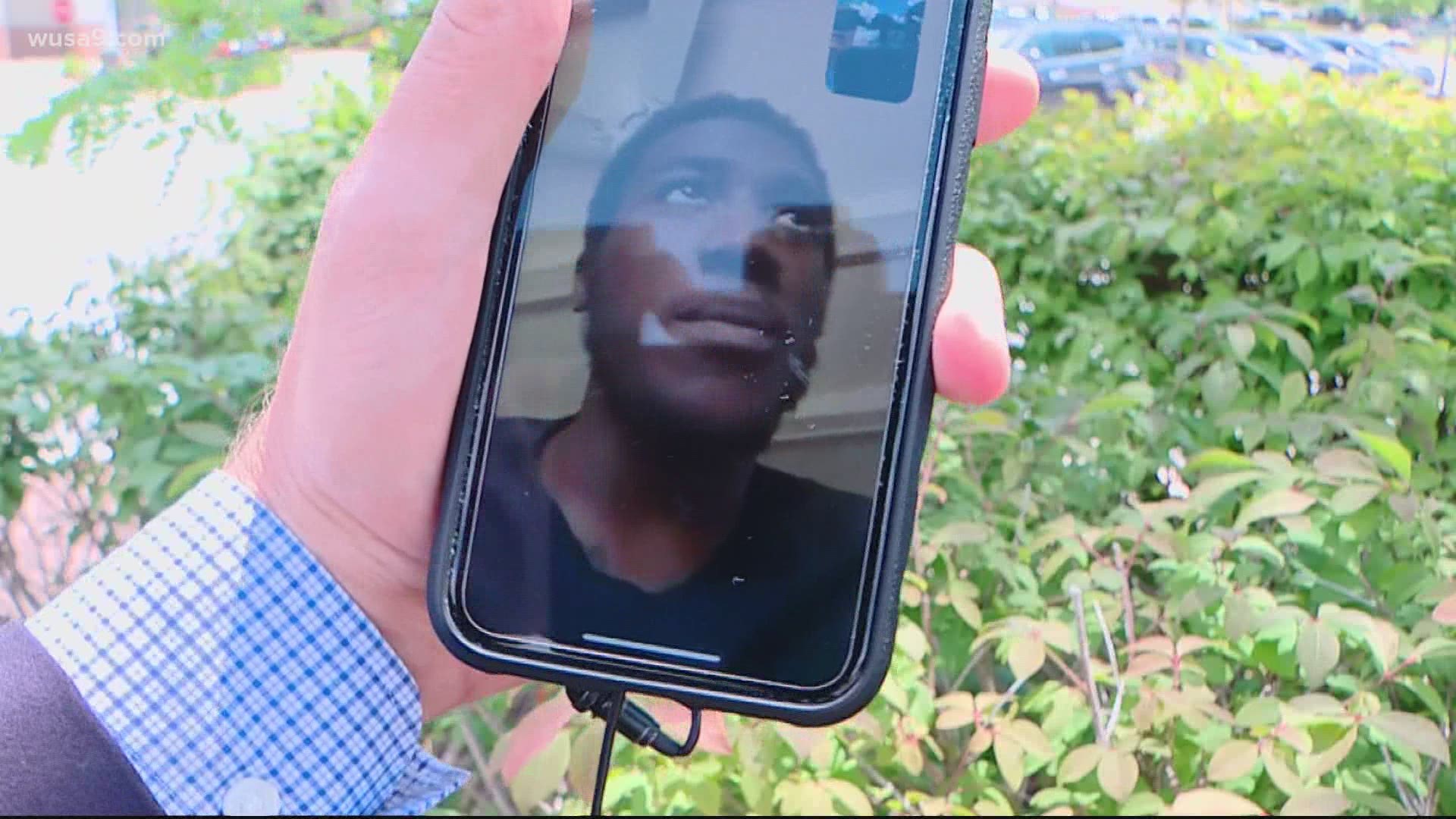 BOWIE, Md. — Police in Bowie, Maryland say they just arrested a suspect in a violent attack that they believe was racially motivated.

The attack happened Wednesday in the middle of a Giant supermarket on Annapolis Road. The suspect allegedly attacked a young, interracial couple, screaming that the Black man was betraying his race by dating a White woman.

Police in the Prince George's County suburb said it does not matter who commits a racist assault, they will not tolerate hate crime.

"I was just shopping in Giant with my girlfriend," one of the victims, who wants to be identified by his first name, Avery, told WUSA9 in an exclusive interview.

Avery is Black, and he said he was shopping on Wednesday morning with his White girlfriend, when another Black man ran his cart into him.

"[He] bumped into my cart, bumped into me," Avery said. "I asked him what his problem was, and he pulled out a knife."

Avery said the man started yelling at him.

"He said I'm a betrayal of my kind for messing with a White girl," Avery said, which he described as infuriating. "If you think there's something wrong with somebody for messing with another race, you're just as bad as the racist people yourself bro. That's racist."

Police said the attacker then lunged with the knife toward Avery's girlfriend, and Avery stepped in to protect her.

"He did what I think most of us would like to think we would do if our significant other was threatened," Bowie Police Lt. John Knott said. "He stepped in between."

"We wrestled around with it for a while," Avery said. "Then he stabbed me in my butt. Then he ran out of the store."

The alleged attacker escaped, but police believe they know who he is. They said he faces assault and concealed deadly weapon charges, and that they will be consulting with prosecutors on a hate crime count.

"I haven't seen anything like this in my entire career, which spans 33 years in Prince George's County," Lt. Knott said.

"If you're going to harass somebody for messing with a White girl, that's still harassing Black people," Avery said. "If people really want change, bro, leave hate out of your heart in general, bro, have love. You can fight with love."

The woman posted to the Bowie Police Department Facebook page about this, saying both she and her boyfriend are OK.

"Your boyfriend sounds like a real keeper," one commenter replied.

Crews fled the supermarket in an SUV, which they traced to a house in Northeast D.C., police said. They say Crews gave himself up without resisting, and police will have to extradite him from D.C. to face felony charges in Maryland.

RELATED: VERIFY: Woman was denied entry to a PG Walmart because she had a face shield; Turns out this was a mistake