The men placed wages on dogs trained to fight to the death. One defendant brought his 7-year-old son to cheer on his favorite canine, "Cookie Monster" 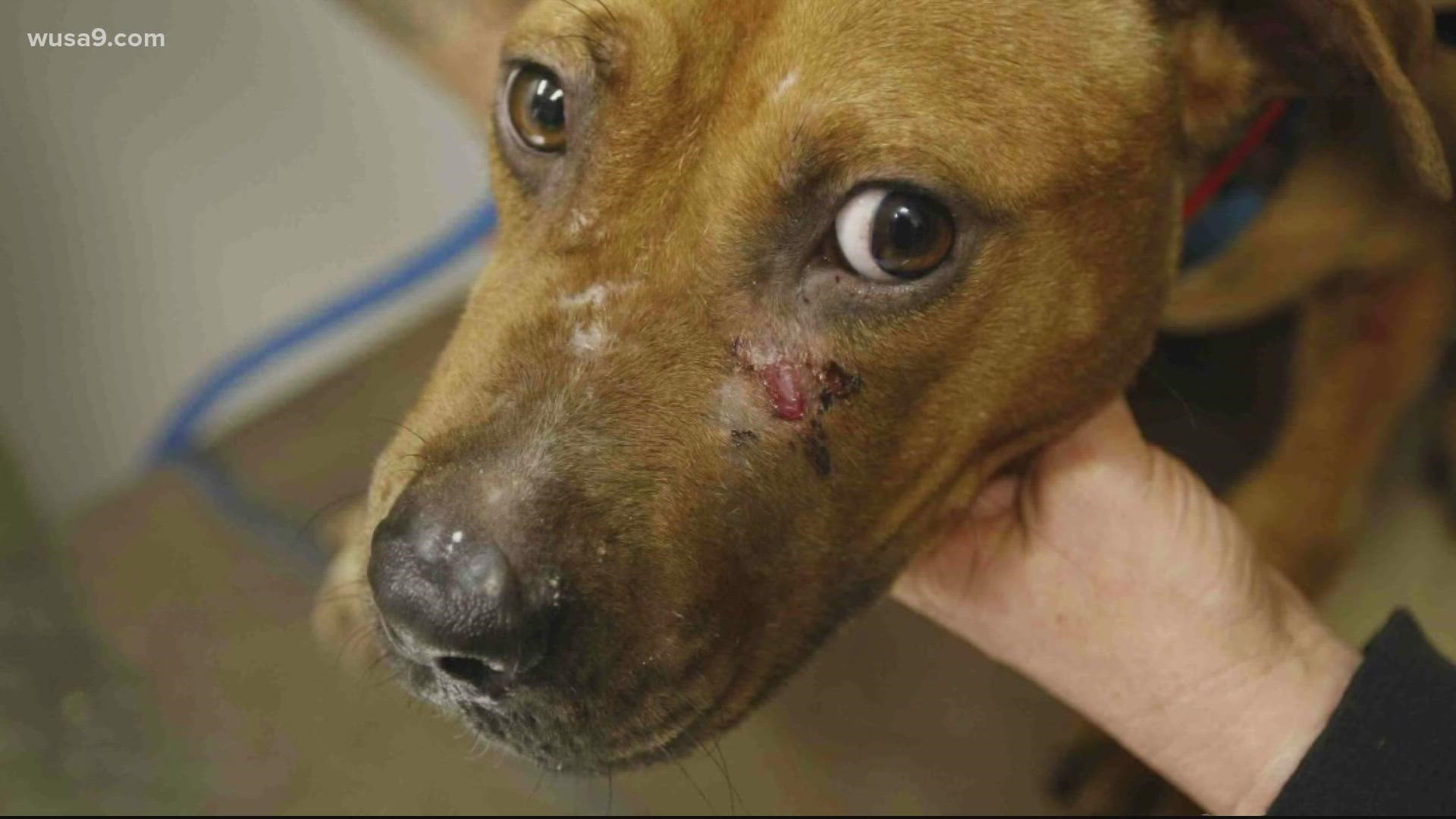 WASHINGTON — They fought tortured dogs to death, in a conspiracy that crossed state lines and defined deviancy downward in terms of how humans are supposed to protect man’s best friend.

Now, two men from Maryland and one from the District are headed to prison, with federal prosecutors in Virginia hoping the rare dogfighting convictions act as deterrence for abusive networks operating in the shadows.

In graphic detail, prosecutors said the men placed wages on dogs trained to fight to the death, with one defendant bringing his seven-year-old son to cheer on his favorite canine, named “Cookie Monster.”

The conspiracy to train, sell, fight and ultimately kill the unluckiest of the animals extended from April 2013 through July 2018.

Prosecutors announced the sentencing Thursday, the final chapter of a network spread across D.C., Maryland, Virginia, and New Jersey.

Emmanuel A. Powe, Sr. of Frederick, Md. and Odell S. Anderson, Sr. of the District will both serve 18 months in prison, followed by 3 years supervised release.

Chester A. Moody, Jr. of Glenn Dale, Md. will serve a term of one year and one day, federal officials said.

“The violent and cruel act of dogfighting is a heinous form of animal abuse,” said Raj Parekh, Acting U.S. Attorney for the Eastern District of Virginia. “These defendants served as leaders, breeders, and trainers for a multi-year dogfighting operation and brazenly promoted this barbaric form of ‘entertainment’ for illegal personal gain.”

Authorities said they seized 10 dogs from Powe’s residence in Frederick, after conducting a similar raid on his property more than a decade ago.

“One of the dogs was isolated in a boarded-off room and tied to a rope attached to a hook in the ceiling,” prosecutors said. “The rope attached to the dog was short, not allowing the dog to lie down on the floor.”

Federal agents reported the smells in the basement and the garage were unbearable. Four of the seized dogs had to be euthanized by a veterinarian after they were determined to be too dog-aggressive to be considered for rehabilitation.

“We must treat these animals, who are among society’s most vulnerable victims, with dignity and respect,” Parekh said. “As this prosecution demonstrates, those who engage in this intolerable and abhorrent conduct will be brought to justice in our courts.”

Investigators noted how the crimes may have led to a casual indifference in Anderson’s young son, who witnessed one of the most brutal dog fights in King George, Va.

“This fact is stunning and causes one to pause and consider why a loving father would make such a bad choice,” attorneys for the Eastern District wrote.

“A typical dog fight show, like the one his son attended, involves two dogs, trapped in a wooden pit, being cheered on by sponsors and participants, while violently fighting each other by biting and ripping each other’s flesh.”

The seven-year-old likely witnessed the mauling death of one dog at the fight, authorities said. The owner of one of the losing dogs would later throw the lifeless animal into a dumpster, as he drove home to New Jersey.

Anderson told agents he had an “impeccable” life-long dogfighting record of 304 wins and three losses. He admitted his makeshift kennel was named “MOB,” short for “Make or Break.”

Powe’s kennel in Maryland, he said, was named “BadIntents.”