Davon McNeal, 11 , was fatally shot in the head on his way to a cookout on the Fourth of July. 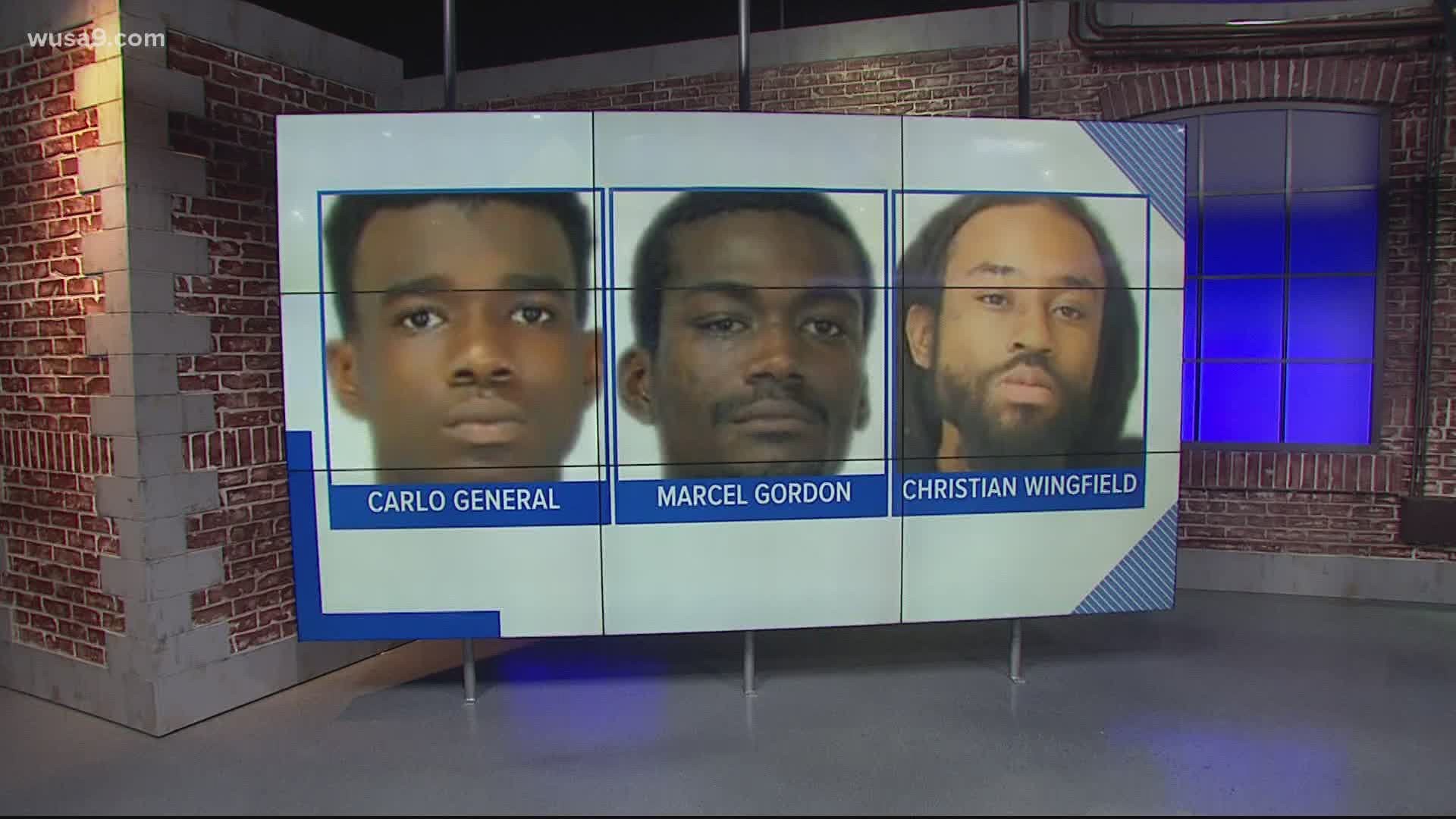 Police are still searching for 19-year-old Carlo General, 25-year-old Marcel Gordon, both of SE D.C. They face the same charges as Bond and Wingfield.

Police are still working on a warrant for a fifth alleged shooter. One witness allegedly told detectives he saw as many as seven people shooting at the scene in Southeast Washington.

In court documents, detectives said it appeared to be a neighborhood beef between three rival crews. In charging documents, they tie to the case to a previous shooting on June 29 and released chilling video of men shooting assault-style rifles wildly in the 1400 block of Cedar St. SE.

Davon was struck in the head by a bullet around 9:20 p.m. on the Fourth of July as he headed to an anti-violence cookout, grabbing a cellphone charger at a relative's house near the Frederick Douglass Community Center in Southeast. He was pronounced dead after being taken to the hospital, police said.

In a sworn affidavit for a search warrant, Det. Anthony Greene said one of the suspects, Christian Wingfield, is featured in a YouTube music video brandishing the same kind of green laser-sighted assault weapon that a witness said he saw the gunman using when Davon was killed.

Police do not believe Davon was the intended target of the shooting.

In court documents, they said witnesses, social media, and some of the neighborhood police officers' past experiences with the suspects helped them build their case against them.

Metropolitan Police Department Chief Peter Newsham said all four men have gun-related criminal histories, and two of the men are currently on probation, with past felony charges.

"Mr. General is currently under Maryland's supervised probation out of Temple Hills, Maryland," Newsham said. "He was arrested this past spring and charged as a felon in possession of a firearm. After his arrest, he was released back into the community pending the felony possession charge. Mr. Wingfield is currently under active, intensive supervision and was on pre-trial, high-intensity supervision with a curfew and on GPS monitoring at the time of Davon's murder."

Today MPD made a second arrest in the homicide of 11 year-old Davon McNeal that occurred on July 4, 2020.

DC Superior Court Judge Todd Edelman ordered Wingfield released from jail on May 22, after Wingfield’s lawyer, Evan Parke, said it was too dangerous for him to remain incarcerated during the pandemic.

Wingfield has been arrested repeatedly on gun charges going back to 2016. He was convicted of possessing a pistol without a license on May 16, 2018, and sentenced to 9 months in a youth facility, according to court documents.

On April 23, 2020, he was arrested again, this time on a charge of being a felon in possession of a firearm and a large capacity ammunition feeding device. His lawyer twice asked a judge to release him because of the pandemic.

According to court documents, Judge Edelman ordered Wingfield to be released from jail with high-intensity supervision. On Wednesday, prosecutors filed a motion saying he was out of compliance with the terms of his release.

Detectives said in an arrest warrant that a witness told them Wingfield admitted to being involved, "in some capacity," in the death of Davon. The witness said Wingfield told him the police were after him and he had to get out of town, but he apparently only made it as far as Alexandria, where police arrested him Friday.

Wingfield's lawyer declined to comment on the gun charges.

"Everyone is mourning the loss of the 11-year-old. But I’ve seen some of the greatest injustices in high profile cases where police are rushing to arrest someone," Parke said. "Everyone is innocent until proven guilty."

Wingfield cut off his GPS monitoring device shortly after the shooting, according to Newsham.

"I know I speak for the entire community when I say we are heartbroken and outraged by Davon's murder," Bowser said. "It is just the worst thing to happen in a community for a child to lose his life to violence."

Davon was a sixth-grade student at Kramer Middle School in D.C. Public Schools system, the District confirmed. DCPS said he was a funny and outgoing child.

Davon's grandfather, John Ayala, is the chief of police for Archangel Special Police, who help provide mobile control and security services around the DMV.

He spoke to WUSA9 about the horrifying moment he discovered Davon was killed, saying that Davon was getting out of a car to grab a charger when the shots were fired.

"He was just getting out of a car to go get a charger to charge his phone while he was going to a cookout, that's it," Ayala said. "And when he stepped out the car, the shots rang, and he fell to the ground. The mother thought that he was ducking to not get hit and came to find out he had got shot."

Shortly after police announced the arrest, hundreds gathered om Cedar Street, where Davon was killed, for a vigil to honor his life.

"There's something wrong in our community that it shows that we're killing ourselves and we're supposed to be saying, black lives matter," Ayala said.

"His name is going to live through me," Davon's mother, Crystal McNeal, added. "People are going to know about Davon McNeal." 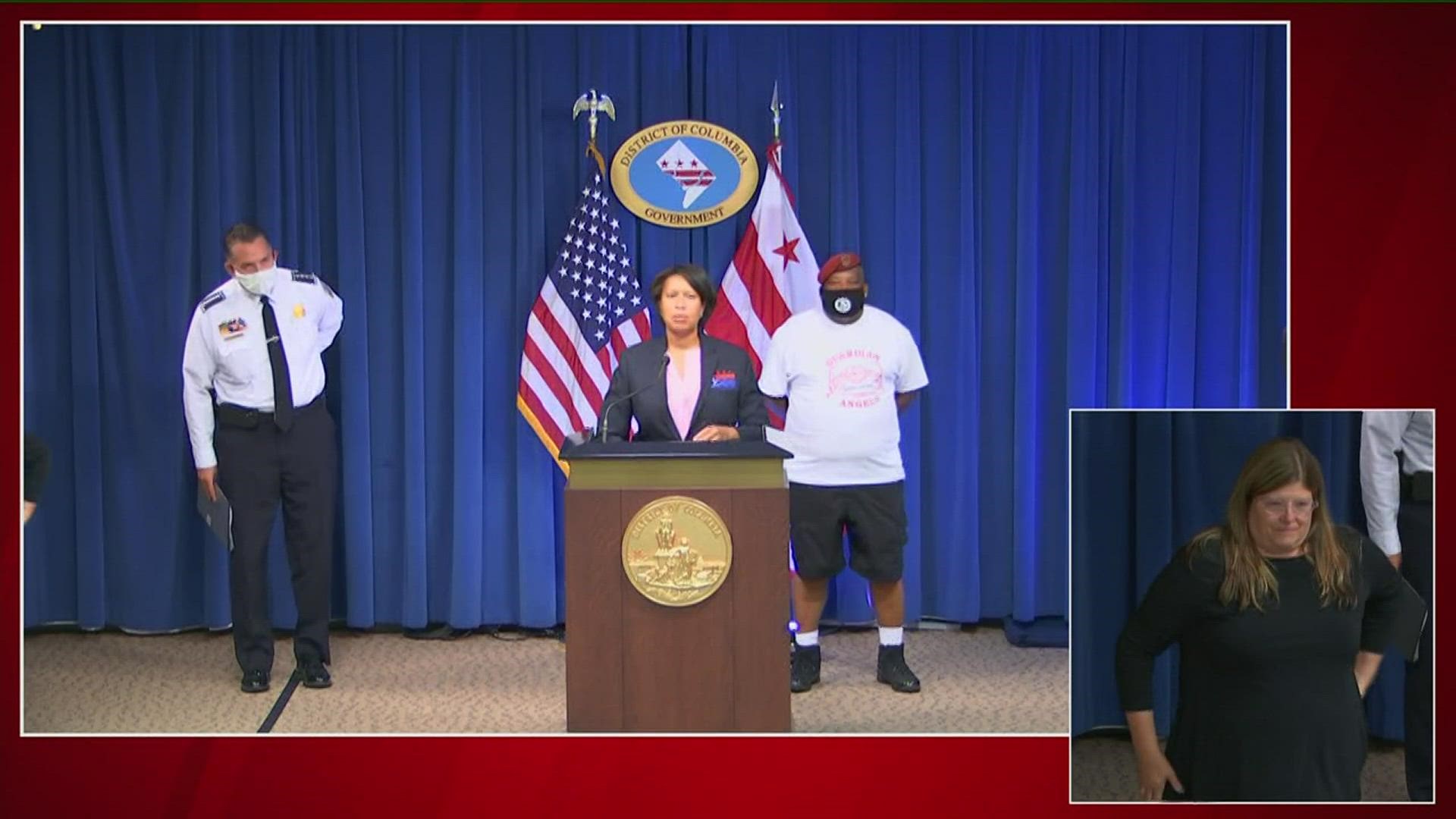